The Sky at Night looks back at the last ten years of astronomy and ponders the most significant milestones and revelations. With the help of six distinguished astronomers, Chris and Maggie consider the state of astronomy in 2020 and wonder what new, exciting discoveries await us across the rest of the decade, as a host of new ground and space telescopes come online. Astronomer Royal Lord Martin Rees is among the guests to walk along the Astronomical Wall of Discovery in this one-hour special.

Chris and Maggie report on the reaction to the dramatic announcement of the discovery of phosphine gas in the clouds of Venus, a gas that could be a sign of life. Venus remains an inhospitable and unlikely host. But if not Venus, where in the solar system is the best place to look for alien life? Chris and Maggie investigate the latest missions to Mars and the icy moons of Jupiter and Saturn. Away from the search for life, Pete previews the best meteor showers of the year.

The focus for this edition of The Sky at Night is on astronomical research that is beyond the scope of our eyes. We think of astronomy as something we do primarily using our sight. But we can now search the cosmos using radiation beyond the narrow band of visible light, beyond what we are able to see. We visit the UK’s foremost radio observatory, Jodrell Bank, and meet some remarkable, vision-impaired astronomers who are pioneering new techniques to carry out their research using their senses of hearing and touch.

The Sky at Night gains exclusive access to the team of scientists behind the recent discovery of possible signs of life on Venus. Recorded in secret before the news broke, the film reveals the story behind this extraordinary piece of scientific discovery.

Mars has fascinated us ever since we first looked up to the heavens. We have imagined alien civilisations, exotic life forms and even dreamed of travelling there ourselves. But after the first probes flew past the Red Planet, and with each subsequent mission that has orbited or landed on its surface, that vision has changed. We’ve come to realise that the planet is, most likely, dead. But that hasn’t dimmed our hopes for finding evidence of past life. And our desire to travel there and colonise the Red Planet still endures. From the very beginning of this exploration, the BBC has recorded our shifting perception of Mars. Since the Sky at Night started broadcasting in 1957, there have been over 50 episodes devoted to Mars and more than ten episodes of Horizon. This programme looks back at that coverage.

The Sky at Night team explore the life and death of stars, including the dimming of Betelgeuse and the drawings that pre-date the telescope but which can predict solar activity.

The Sky at Night team explore a changing world. Maggie Aderin-Pocock interviews astronaut Jessica Meir, who returned from 205 days on the International Space Station to a world she barely recognised. They also discuss Jessica’s experiments in micro-gravity, growing lettuce in space and the first all-female spacewalk. Chris Lintott meets the astronomer who recently announced the discovery of the closest black hole to Earth. Pete Lawrence photographs the dark side of Venus and Lucie Green investigates whether Elon Musk’s constellation of Starlink satellites are ruining the night sky.

The Sky at Night celebrates its 800th episode by showing how you can still explore space even when confined to your home by the coronavirus lockdown. Plus a new arrangement of the show's theme tune.

The Sky at Night discovers how Esa's solar orbiter was built, and how it will protect itself against the sun's searing heat and investigate its mysteries.

The Sky at Night team go back to basics to show you how to enjoy the night sky, wherever you are. It doesn’t matter if you live in a city or in the countryside, if you have a telescope, a pair of binoculars or just your eyes to look with. Pete explains why the night sky changes and joins a group of novice stargazers to talk about the best ways to introduce newcomers to the night. Chris ventures onto a roof in Oxford and marvels at the moon through binoculars, and Maggie goes back to her childhood telescope-making class to talk basic telescope essentials. Curious about the night sky but don’t know where to start? Want to know how to make the most of your new telescope? This is the programme for you! 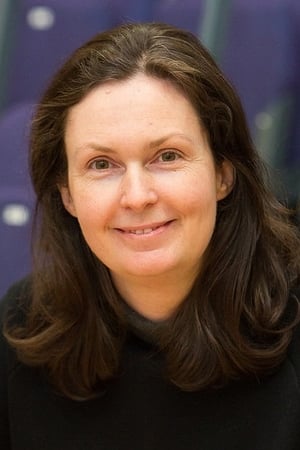