1993: Harold Miner – The 6-foot-5 rookie was nicknamed "Baby Jordan," but his powerful dunks might have been more reminiscent of Dominique. He rocked the rim with a vicious tomahawk and a double-pump reverse on his way to the title.

1992: Cedric Ceballos – A year after Brown's no-look dunk, Cedric Ceballos broke out a full blindfold and jogged the length of the court for the contest winner. Could he actually see through the blindfold? He said he couldn't, but to this day some fans remain skeptical.

1991: Dee Brown – The 6-foot-1 Celtics guard brought marketing to the forefront, inflating his Reebok Pumps throughout the contest. His signature dunk was his last one, as he covered his eyes for a no-look finish.

1990: Dominique Wilkins – Wilkins reclaimed his title in Miami, throwing down several of his trademark windmills to defeat a group that included Walker and runner-up Kenny Smith.

1989: Kenny Walker – Neither Jordan nor Wilkins competed in 1989, but Kenny "Sky" Walker was able to fill the void with some thunderous dunks, including a "rock the cradle" jam from the baseline. He held o a field that included Webb, a previous champion, and Drexler, a hometown favorite who played at the University of Houston. Walker almost didn't even compete; his father had died just a few days before the contest.

1988: Michael Jordan – Jordan and Wilkins picked up where they left o in 1985, staging perhaps the most memorable showdown in the history of the Slam Dunk Contest. The two went tit-for-tat in the finals, with both scoring a pair of perfect 50s. In the end, however, it was Jordan -- with the support of the hometown Chicago crowd -- clinching back-to-back titles.

1987: Michael Jordan – Jordan was injured in 1986, but he returned one year later to take home the crown and show everyone why he was nicknamed "Air Jordan." He capped his performance with a jump from the free-throw line, a dunk made famous years earlier by Dr. J. This time, it was Wilkins who was out because of injury. But the two would meet again in 1988 ...

Wilkins was dethroned in the finals by one of the shortest players in league history -- foot-7-inch Atlanta Hawks teammate, Spud Webb. Webb, competing in his hometown of Dallas, show his amazing vertical leap and proved that dunks are not only for the tall guys. (Wilkins is 6-foot-8.)

The 1985 NBA Slam Dunk Contest is widely heralded as one of the greatest dunk contests of all time. It featured two of the highest flyers of the time, Michael Jordan and Dominique Wilkins. The other participants of the contest included Clyde Drexler, Julius Erving, Darrell Griffith, Larry Nance, Terence Stansbury, and Orlando Woolridge. Both Nance and Erving had first round byes due to their finishing first and second in the previous year's contest. 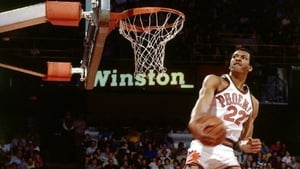 The 1984 NBA All-Star Game was played at McNichols Sports Arena in Denver, Colorado, with the East defeating the West 154–145. Isiah Thomas of the Detroit Pistons wins the game's MVP award. Larry Nance of the Phoenix Suns won the first NBA Slam Dunk Championship. 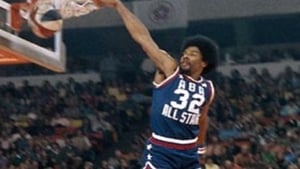 On January 27, 1976 at McNichols Sports Arena during halftime of the 1976 ABA All Star Game the first-ever Slam Dunk Contest was held, which was won by Julius Erving of the New York Nets over David Thompson of the Denver Nuggets, Artis Gilmore of the Kentucky Colonels, and George Gervin and Larry Kenon of the San Antonio Spurs. There was a format each competitor had to follow in which they must attempt 5 dunks in a row under two minutes. One from a standing position, one from a distance of ten feet away from the basket (which is basically the bottom of the semi circle that surrounds the free throw line in the Key. The next 3 were freelance positions, one coming in from the left side of the basket, one coming in from the right side of the basket and finally from either corner down the baseline to the basket. They were judged on artistic ability, imagination, body flow as well as fan response. Artis Gilmore went first followed by George Gervin, Larry Kenon, David Thompson and finally Julius Erving. George Gervin and David Thompson both missed a dunk during their routines which counted as a zero (scores were not announced to the audience). David Thompson did a 360 degree dunk to finish his routine. All competitors had to perform a dunk from 10 feet, but Julius Erving started marking his steps from the free throw line (15 feet away). He then completed a dunk from the free throw line. 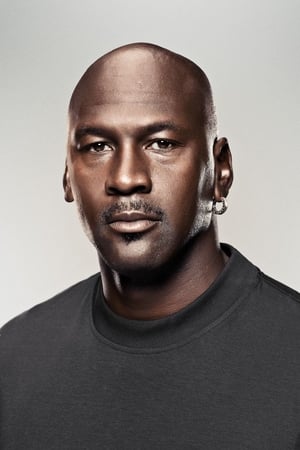