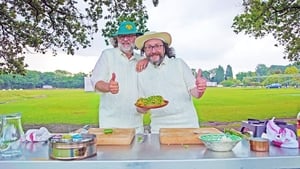 The Bikers question whether the best chicken dish in the world might actually be from the UK. They head to Bromsgrove for some of the best jerk chicken in Britain, to Birmingham for an authentic Birmingham balti and to the City of London to experience Korean beak-to-feet eating - with homemade Korean moonshine to wash it all down. They end the series at Womad, where they make their piri piri chicken for the crowds before storming the Taste the World stage to regale the audience with tales of their travels while cooking one chicken and one egg dish. The audience decides which comes first - the chicken or the egg (dish!) - before the boys lead them in a final celebratory chicken dance. 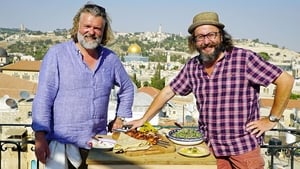 The Middle East is both the cradle of cuisine and at the cutting edge of modern cooking. In Israel, the Bikers visit the 2,500-year old archaeological remains of the world's first poultry farm and also get a freaky glimpse into what is next for poultry. They play the locals at their own game by cooking a mouthwatering shakshuka on the beach in supertrendy, hipster Tel Aviv, and make it their mission to discover if chicken soup really is the Jewish penicillin. The boys make their own Arab street food - chicken shawarma kebabs - in Old Jerusalem, and they create their version of a Middle Eastern chicken schnitzel - a dish that has its origins in the food of Europe but is now a popular classic in Israel. 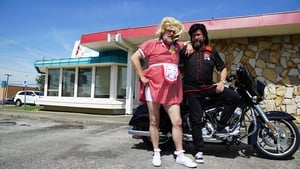 Si and Dave lift the lid on the origins story of one of the world's favourite fast foods - southern fried chicken. Richmond, Virginia, is home to an African American community - many of whom are direct descendants of the 19th-century agricultural slaves. Chicken was of such low status at the time that the slaves were allowed to rear their own chickens and ultimately offered them a route to freedom. The boys go back in time to discover the origins of the now ubiquitous 24/7 American diner fare, and make their own blueberry and sausage pancakes (not in the same pancake!). They end their journey in the wild, wild West - Texas. Here they celebrate the joys of Americans' favourite part of the chicken - the wing - a cut now so associated with watching sport that 1.3 billion of them are eaten in the States on Super Bowl weekend! And not to be outdone, Dave and Si cook up their own Biker buffalo wings. 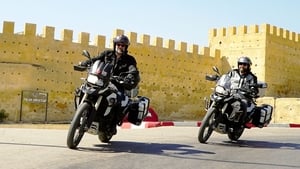 Chicken was barely eaten in North Africa before the 1970s and now it is the most eaten meat in Morocco. In Tetouan, the gastronomical and poultry capital of the country, the boys experience the full extent of Spanish and Moorish influences on Moroccan cuisine. In the mountains north of Fez, Dave and Si cook a chicken tagine with preserved lemons and olives for some rebel Berbers, before heading into the city itself where they make rose and pistachio ice cream to cool down after a visit to a Hamman. The boys join a hen(na!) party after which they are taught how to make the special pastry for their piece de resistance, chicken pastilla pie. 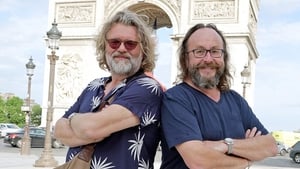 Si and Dave are determined to find out why French chickens are heralded as the poshest birds on the planet. They start their investigations in Lyon, arguably the home of modern French gastronomy, to discover the secrets behind haute cuisine. They visit a farm to see the world's most famous top chick - the magnificent poulet de Bresse. They enjoy chicken dishes created by some of the country's finest chefs before heading to Dave's new home in northern France to cook a feast for his neighbours. Finally the boys are drawn to Paris, where they cook the iconic French casserole, coq au vin (with a bikers' twist of course) - overlooking the most iconic of French landmarks - the Eiffel Tower. 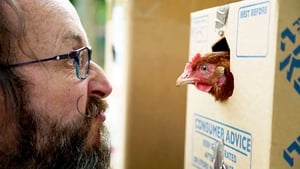 The Hairy Bikers are on a mission to find, cook and eat the most delicious chicken and egg recipes in the world. Biking across Europe, the Middle East and America, the boys celebrate the versatility and universality of both chicken and egg. They start their search on home turf, showing us how to ensure a perfect roast chicken every time. The lads discover how and when chickens first came to the UK and why they have become so popular - not just for food but also as pets. They visit a county show in north Wales to meet some prizewinning breeds and use local eggs to make Welsh cakes and Welsh rarebit. Chicken and leek suet pudding and scotch eggs are all on the Dave and Si's cook list as they crisscross the country celebrating our passion for poultry.