Gold: The Web Series That Does Double Damage Season 1

Gold: The Web Series That Does Double Damage Season 1

The World Goblins &amp; Gold Championship is only a few weeks away, but American team captain Jonathan Drake has suffered a debilitating gaming-related accident. Maverick player Richard Wright takes the reigns and tries to wrestle his team into shape, while Jon battles his personal demons. Meanwhile, the British team, led by Oliver Crane and Martha Thistlethwait, plot their continued domination of the sport. Can Richard whip his team into shape in time for the tournament? Will Crane's Britons continue to dominate? And, if G&amp;G loses its audience, will it even matter in the end?

A nightmare about his accident makes Jon realize what is important, and he attempts to mend his relationship with a skeptical Cissy. Meanwhile, Richard arrives at Jackson's BBQ to confront his fractured team. The British team join the BBQ with a secret plan to sabotage the Americans, unaware the Americans need no assistance. As the party escalates, representatives from the World Wide Tabletop Role Playing Game Consortium arrive to inform Jackson that the tournament is in trouble. And as Cissy and Jon resolve their differences, Cissy tells Jon about her encounter with Richard.

As the British team strike out into the California wilderness to meet with DeValdivia, Jackson and Richard discover that the American team is AWOL. Later, while Jon meets with his agent to discuss his future, Richard turns to Cissy for advice and comfort.

When Oliver's interview airs, announcing the British team's impending move to California, Jon decides he needs to get his game back by seeking out a dangerous back-alley game. Meanwhile, Richard tries to unite his team by getting them drunk, and Cissy learns some disturbing news about her job.

Faced with the prospect of battling a reconfigured American team, Oliver Crane launches his British team into a new training program, creating a rift between himself and his lieutenant, Martha. Meanwhile, Jon presses Tim for information about his old team's training, and Richard forces Sam to choose a character class for the tournament.

As the World Championship looms ever closer, Richard struggles to bring his disjointed team together, while Jon and Jackson come to terms with their exclusion from the games. Meanwhile the British team learn of the new American line-up, which forces them to re-think their strategy, and Cissy confronts Jon about his attitude toward her and his injury.

It's just over five weeks until the World Goblins &amp; Gold Championship. Two years have passed since the Prologue, and the American team has won Silver medals two more times, under Jonathan's leadership. This year, however, Jon, nursing an injury gained during the semi-finals, clashes with his wife and his agent as he learns a piece of devastating news. Meanwhile, Richard exercises his newfound power, and the rest of the American team must scramble to adjust to new leadership. 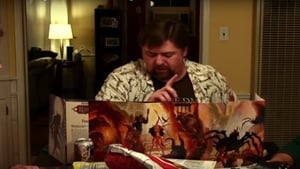 Two years prior to the rest of the series, the Silver-medal winning American Goblins &amp; Gold team (and friends) gather for an all-night gaming session in celebration of team captain Jonathan's upcoming wedding. When star player Richard senses that Jon's loyalties are divided between the Game and his soon-to-be bride, he forces a confrontation.