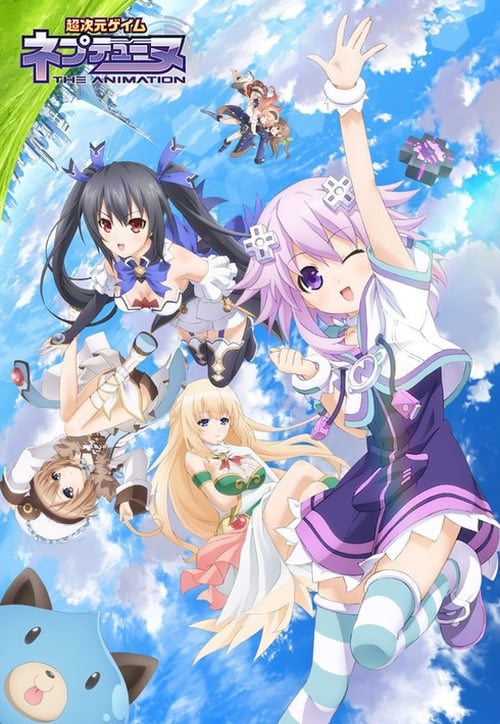 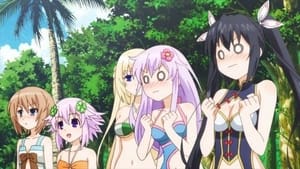 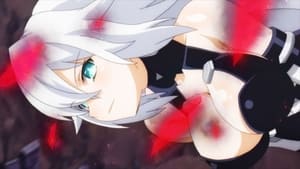 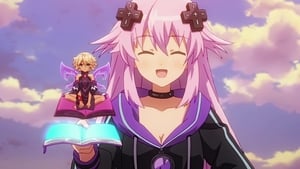 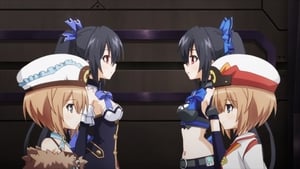 The little sisters are infected with the Bad End Syndrome, which causes them to have nightmares. In order to cure it, Neptune and Vert travel to Plutia's dimension to obtain the Shimmering Flowers. At their destination, Neptune is reunited with Plutia and Peashy, and meets the other dimension's Noire, Vert and Blanc. With the aid of the alternate CPUs, Neptune and Vert ascend a 10000-floor tower which has the Shimmering Flowers at the top. Neptune ultimately obtains the flowers, but when Peashy is in trouble fighting a monster, Neptune sends Vert back with the flowers and goes to help Peashy, despite being unable to use her Goddess transformation in this dimension. Only Vert makes it back to the dimensional gate in time, while Neptune misses the gate and is stuck in Plutia's dimension. However, on the way out of the tower, Neptune accidentally opens another gate between the dimensions, permitting unlimited travel between the two. With the 2 worlds linked, the Goddesses all meet and befriend their counterparts, and Neptune celebrate the occasion with a toast of pudding.