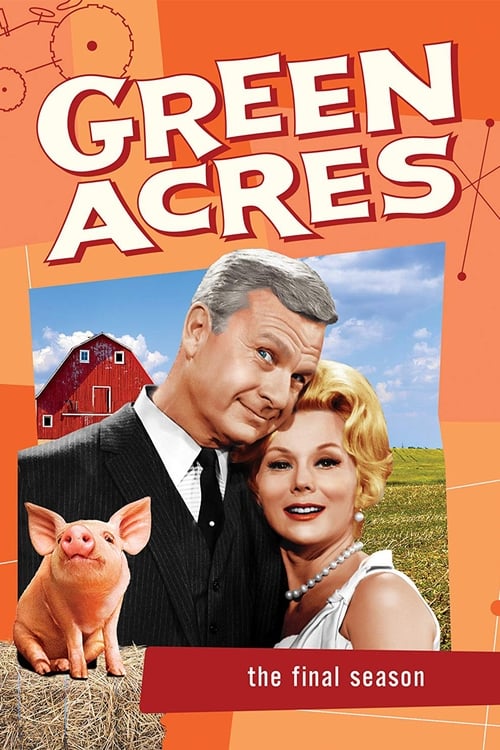 Oliver is looking through his old Christmas Cards to find the return address of an ex-secretary of his who had moved to California. He wants to contract her because when his watch broke before, his secretary at the time found a repair shop that was able to fix it. The secretary, Carol now works for a Realtor who she ends up saving from being coned out of $10,000 from a con man that her former boss, Mr. Douglas had tried to indite back in New York. By episode end, Carol remembers the name of the watch repair shop on Madison Avenue.

Lisa cons Oliver into taking a 'fifth' honeymoon together, this time in Hawaii. When they check into the honeymoon suite, they are unaware that the hotel manager's daughter, has given her friends the suite for their honeymoon also. Since the suite has two bedrooms it's just a case of both couples avoiding each other while on their honeymoon(s), for a while anyway.

Lisa & Oliver decide to take a college course together in Pixley. Oliver chooses a farming course meeting on Mondays, Wednesdays & Fridays and Lisa decides on a Psychology course, simply because it meets on Tuesdays & Thursdays. After a few lessons, the zany members of Hooterville become enthralled with ""Doctor Lisa"", who helps solve Eb's, Mr. Kimball's and Arnold's problems with logical reasoning. Mr. Haney tries to sell Oliver a pyschiatrist's couch once used by Dr.Sigmund Frood. An exasperated Oliver has to make an appointment with ""the doctor"" when he intrudes on Mr. Drucker's psychiatric visit. Lisa gives up her practice to be Oliver's wife again.

While fixing a leaky sink pipe, Oliver is reminded that he needs to fix other things around the place, like the loose floorboard on the front porch. After checking it out, he determines it is dryrotted and needs to be replaced. He places a sturdier board on top of it, so no one will get hurt, until he can repair it. Mr. Kimball arrives and removes the sturdy board, sighting it as a tripping danger. He immediately walks on the dry rotted board and falls into a hole up to his knee. With his injury, he needs to recuperate at the Douglases. Lisa bandages his foot and Hank's admirer Ralph arrives to play nurse for her ""Hankie-poo"". The annoying patient makes matters worse by blowing his kazoo when he needs Oliver or Lisa. Mr. Haney tries to get Mr. Douglas to sign an out of court settlement in Mr. Kimball's (now his client) favor for $50,000; refusing Mr. Douglas throws Mr. Haney out. Since the patient has taken over Oliver's bed, the Douglases sleep in the barn. The next morning Ralph tr

Ralph wants Hank to ask her to the Carpenter's Ball, but he comes up with feeble excuses to avoid going. Planning to get the two together at the event, Lisa asks Hank to be her date to the party. In no time, Hooterville is convinced that the Douglases' marriage is on the rocks and that Lisa and Hank are running off to Acapulco.

Drobny the pet duck, which Lisa received from her uncle in Hungary, is lonesome. He annoys Oliver by playing his phonograph and dancing while Oliver is trying to do his taxes. Lisa sets out to perk up Drobny's loneliness by inviting Arnold the pig over to play. But alas the language barrier is to great to overcome. Drobny speaks only Hungarian, while Arnold speaks English, French, Spanish, and a little Japanese. Lisa decides Drobny needs a girlfriend and they set out to secure one for him. Mr. Haney tries to sell Gertrude the female duck, to the Douglases for $600. When that fails, he accepts the $20 that Oliver offers. Drobny & Gertrude hit it off so well, they are expectant parents soon. But of their 3 offspring, 2 are ducklings and 1 is a baby chick.

The govenor announces ""Our state is bankrupt"" and that he is raising taxes 52%. Hooterville responds by blowing up the bridge over the swamp and forming their own kingdom, headed by King Oliver the I. King Oliver is wearing a crown because he ate the oleo margerine.

Lisa's Uncle Boris sends her a jar of his incredibly effective cleaning fluid. It removes stains from suit coats and rugs, not to mention green from toupees. Seeing dollar signs, Haney sneaks a sample and has it analyzed; the secret formula ends up being a magical recipe for cabbage soup.

When the Ziffels come down with the flu, Arnold the pig stays with the Douglases for a few days, complete with his baggage & ukelele. On a trip into Pixley, Arnold waits in the car, while the Doulases run an errand. Arnold witnesses the Pixley Bank being robbed and notices the robbers description. But with all his squealing he loses his voice, and cannot tell the sheriff what he saw. Mr. Haney tries to sell Mr. Douglas a witness protection service for Arnold. Mr. Kimball tries to track the robbers and ends up giving the real robbers info about where Arnold can be found. The robbers take Eb hostage, thinking he is Arnold. Arnold saves the day by leading the Douglases to the robbers hideout and helping capture them, by pushing a ladder over their heads. Arnold thus collects the $2500 reward.

With just two weeks until their wedding, Eb and Darlene still don't have a location for the ceremony. Mr. Haney's first suggestion, to have it for free at a car wash, doesn't wash. His second scheme, which comes complete with a household of furniture, gets Eb's signature on the dotted line. Darlene's father, however, refuses to let her get married on television in a furniture emporium's front window.

Hooterville throws a celebration for the son of a war hero who Lisa claims delivered secret messages during WWII. Oliver tries to tell them that Drobny is just a "dumb duck" sent to them by Lisa's father, but they think he's just being a sorehead.

Oliver's happy to let a paint company put a fresh coat on the house as an advertising stunt. But to everyone's surprise, the wood is so porous, it sucks up the paint as quickly as it's applied. In the kitchen, Lisa is taking three weeks to practice cooking spaghetti and meatballs for Oliver's birthday.

Eb is sent packing when Darlene's dad learns he proposed to is daughter with a watch fob instead of a ring. Lisa gives Eb the $2000 ring Oliver used to get engaged to her and everyone is happy--until the father has the ring appraised.

Oliver won't take Lisa to New York for a big party, but the issue isn't over. She conspires with Eb to invent new invisible friends, hoping the scheme will end with a trip to the city to visit a psychiatrist.

After Lisa hears a women's liberation speaker, she demands that Oliver share the household chores while she runs the farm. While he meets with nothing but red tape while trying to build a tool shed, Lisa gets the permit and completes the building with ease. A skeptical Oliver is in disbelief that his wife is so successful at "men's work".

Wanting a better paying career, Eb enters the accounting program of a correspondence school. When they mistakenly enroll him in their acting course, Eb believes it's destiny calling. Despite a disastrous attempt at makeup, he studies by dramatizing everyday events; a boring meal becomes dinner with King Louis XIV with Lisa as his serving "wrench".

Confusion takes over Hooterville as a bank robber and his girlfriend hold up in Pixley. The main problem is that the bank robber looks, and sounds exactly like Oliver Wendall Douglas! The first one to get confused is Eb, when he sees what looks like Oliver cheating on Lisa by kissing another girl. The look alike also causes confusions for Mr. Drucker and Mr. Kimbell when he makes a visit to Sam's store. On suspision, Oliver is arrested, while Mr. Drucker and Mr. Kimbell hold up the bank robber and send him to jail. Oliver and the robber are in jail, and the police can't tell who is the real Oliver, but they have Lisa come in to identify the real Mr. Douglas. She picks the robber, but Oliver comes up with an idea to reveal who is the real Oliver, when he has himself, and the robber write down where they believe Lisa has a mole.

Eb learns that $538 is not enough to build a house on the two acres the Douglases gave to him and Darlene. His schemes to raise a down payment include turning the Douglas farm into a bed and breakfast, a dump, and a trailer camp.

Oliver has his first good apple crop, but the valley has no pickers. He suggests the farmers take turns picking each others' crops, but by the time they get to him, they're worn out. Compounding his problems, Lisa's driving lessons include an unplanned wreck with a sheriff's car.

The new schoolteacher, Carol, arrives in Hooterville and Eb's heart is aflutter. Eb's current local girlfriend(Darlene) wants to go to the dance which Eb asked Carol to. After seeking advice from Oliver and Mr. Haney, Eb hatches a plan to do double duty and take both girls. Oliver feels the wrath of Darlene's daddy, when Eb lies that he has a wife in Racine, Wisconsin. All works out, when Carol's out-of-town boyfriend arrives to take her to the dance and Eb gets to escort Darlene.

Mayorial candidate Oliver Douglas faces an opponent when the Hooterville women nominate Lisa to run. While the men plot to improve Oliver's image, Ralph Monroe wages a campaign of dirty tricks against him that includes hotscake batter in his hat and an appearance by Lady Godiva.

After saying good-bye to Lori at the airport, a distraught Lisa seeks a job to fill her days. When Haney spots her applying at the County Welfare office, he assumes she's there for the free soup. Soon, Hooterville's convinced "dumb dumb" Oliver has lost his money and sent his wife out to find a job.

Lisa tells Lori yet another version of how she and Oliver met. In this one, she was living in a Paris apartment with her father, the deposed King of Hungary. While he was plotting his return to power, Lisa was working as a waitress at a sidewalk cafe when Oliver stopped by for six bottles of champagne. The King wants her to marry a baron who will bankroll his army, but Lisa loves poor American Oliver Douglas.

Eb won't stop badgering "Dad" to buy him a car, though an increasingly irritated Oliver keeps saying no. Meanwhile, Lisa is busy lavishing gifts on little Lori. Feeling he's been replaced in the Douglas family, a dejected Eb runs away to find a new job. He stops by Drucker's store just long enough to tell Sam how Oliver keeps him locked in leg irons and lost his $4000 on a drunken gambling spree in Las Vegas. Eb quickly returns home to discover Oliver isn't the monster he's been claiming.

Lori, the little girl who missed the train back to the city, is staying with the Douglases. Lisa's plan to introduce her to the local children by having a party and gets out of hand; the festivities grow to include an elephant and Haney giving biplane rides. While Oliver fights to downsize her event, he searches for a replacement part for his ancient Hoyt-Clagwell tractor so he can begin planting.

Four children from the city spend a week on the farm the Douglases. While Oliver teaches them to plant seeds and milk a cow, Lisa falls in love with the little girl of the group, Lori. The two bond over a batch of banana jelly. 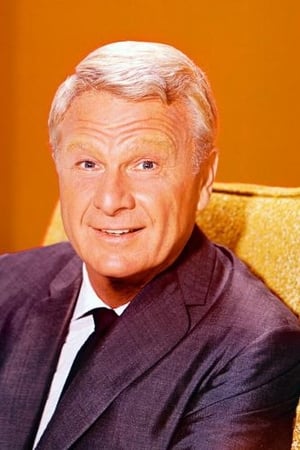 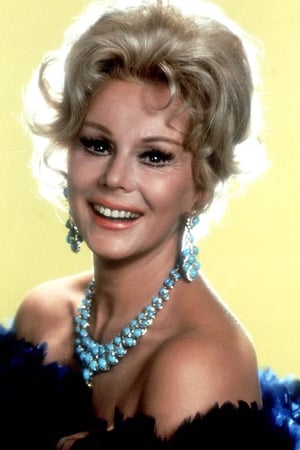