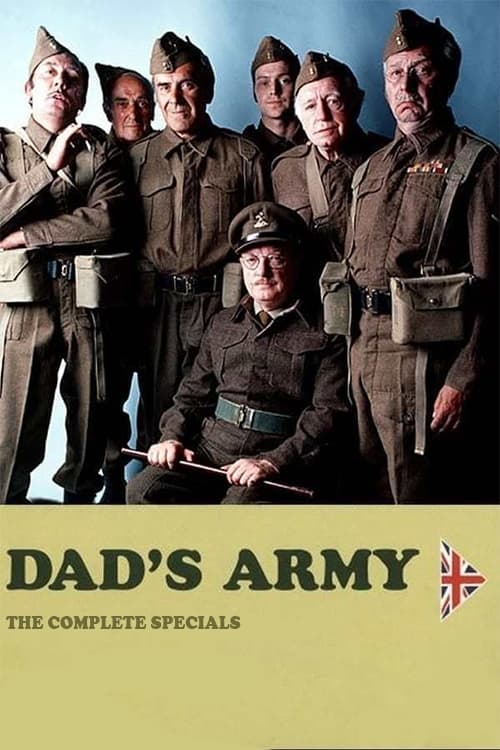 A public information advert featuring the cast of Dad's Army, created to inform the public of how to use a pelican crossing.

A musical tribute to Noel Coward.

The platoon are rehearsing 'The Cornish Floral Dance' alongside the Wardens and some of the ladies of Walmington-on-Sea.

A Christmas Night with the Stars special: The platoon is chosen to take part in a world wide radio broadcast

A Christmas Night with the Stars special: To raise money, the platoon dress up in costumes and act as historical figures in the past that have taken over England.

Documentary from the BBC series 9 DVD release of Dad's Army.

Documentary from the BBC series 8 DVD release of Dad's Army.

Documentary from the BBC series 7 DVD release of Dad's Army.

Documentary from the BBC series 6 DVD release of Dad's Army.

Documentary from the BBC series 5 DVD release of Dad's Army.

Documentary from the BBC series 4 DVD release of Dad's Army.

Documentary from the BBC series 3 DVD release of Dad's Army.

A celebration of the much-loved British comedy about the Home Guard hosted by Victoria Wood.

Captain Mainwaring and his men create comedy mayhem when they go on manoeuvres with other military companies under the eye of a real Major-General. The result is disaster after disaster. After the shambles of manoeuvres, the Walmington-On-Sea defenders return home just as a German scout plane crashes near their town. It's crew captures the Church Hall and holds the Vicar and Major as hostages. The Major-General sends for the Army, the Army sends for the Navy, the Navy sends for the Marines, the Marines call in the police, and the police call the fire brigade. While this is going on, the irrepressible irregulars of Dad's Army hilariously demonstrate that they really can do the job they were organised for...

The episode was originally recorded in colour. However, in the Sixties and Seventies the BBC would sometimes wipe and re-use the master tapes once the programme had been aired. Film copies of the master tapes were often made of programmes prior to being wiped, but the recordings were only made in black and white. Thanks to the development of new Colour Recovery technology, the preservation team within BBC Archive have been able to bring a new lease of life to specific archive content, and this Dad's Army episode is the first programme to have its colour recovered. Colour Recovery relies on the particular manner in which these film recordings were made, and hails from the Colour Recovery Working Group, an independent group which has been working on the development the technology – the idea for which was conceived over a decade ago.

Presented by Terry Wogan this compilation programme celebrates the unique talent of Arthur Lowe, including interviews with those who knew him, together with clips from TV programmes.

Shown as part of the BBC Comedy Connections series. This episode looks at Dad's Army, the gentle wartime sitcom that became one of the most popular and best-loved series of all time. Set in wartime Britain, the cast of Dad's Army featured many veterans of stage and screen including Arthur Lowe, John Laurie and Arnold Ridley. As well as creating a template for future ensemble sitcoms, the series established one of British TV's most successful writing partnership - that of Jimmy Perry and David Croft. But Comedy Connections reveals that neither writer gave Dad's Army its name. Originally called Fighting Tigers, the new title was imposed on the show by the BBC's then Head of Comedy, Michael Mills. Other surprises include John Laurie expressing his disappointment that, at the age of 73 and after a glittering theatre career, he should become most famous for 'this crap', what happened when Ian Lavender asked the show's writers whether his character, Pike, was in fact Wilson's son, and what producer David Croft did with the audience feedback report after the screening of the show's pilot. With contributions from writers Jimmy Perry and David Croft, plus actors Clive Dunn, Ian Lavender, Frank Williams, Bill Pertwee, Pamela Cundell and Wendy

In this one-off special to commemorate the 40th anniversary of the classic show, self-confessed Dad's Army fan Jonathan Ross is joined by the show's stars, including Ian Lavender, Clive Dunn, Bill Pertwee and Frank Williams, plus celebrity fans Ronnie Corbett, Jon Culshaw and John Thompson. There are also plenty of surprises in store for everyone who has watched the much-loved television comedy. 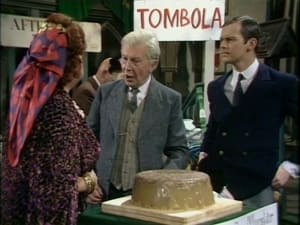 Third Xmas Special. To raise money for the Comforts For The Troops Fund, the vicar organises a bazaar - each member of the platoon donates something. Hodges the greengrocer donates three oranges, extremely rare due to wartime rationing. Mrs. Mainwaring fails to show, and Captain Mainwaring has only one chance of redemption - get his hands on one of Hodges' oranges.. 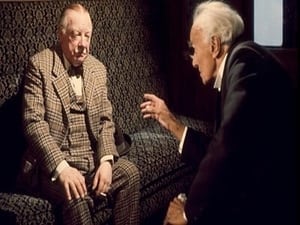 Second Xmas Special. Mainwaring's drunken brother Barry arrives in Walmington claiming that their father's pocket watch, held by Mainwaring, belongs to him. Mainwaring gives him the pocket watch to assuage him, but he gatecrashes Mainwaring's party for local dignitaries.. 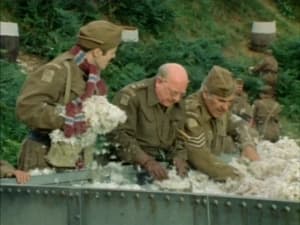 First Xmas Special. The platoon are challenged by the Eastgate platoon to a test - but Hodges, the vicar and the verger are judges. To begin with, they seem likely to win - but when Jones gets a bad attack of malaria, defeat seems close...