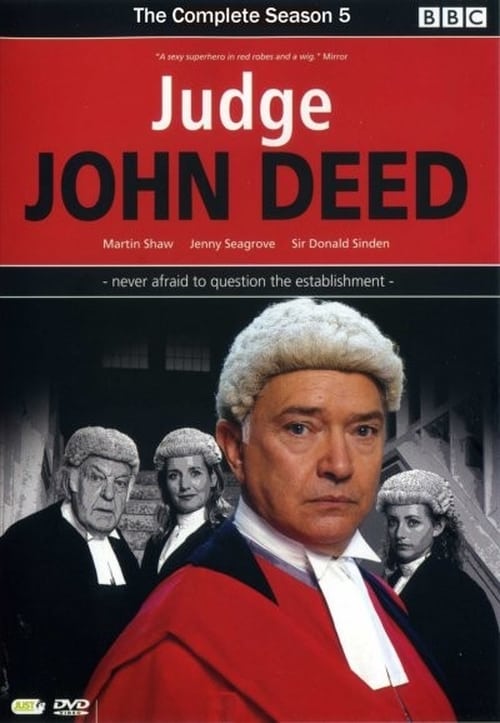 In Deed's court, Jo Mills acts for a mother whose former husband, Paul Robson-Alan, wants their baby to be given the 'MMR' vaccination. Robson-Alan is a British Government health adviser, and the outcome of the case is important to the political credibility of the Health Department. But Paul's ex-wife, Marika, believes the MMR jab is dangerous - and some dramatic new evidence is produced on that. Meanwhile, Jo's wedding to Marc is still on, but she is so busy that she forgets to turn up for the rehearsal of the service. Jo is angry with Deed when he forces her to attend a legal meeting on the morning of the wedding itself. Will she get to the altar on time, and will she go through with it?

Deed's superiors want him out of the way, and they arrange for him to be called for jury service on a case which will not be over quickly - a murder trial. In court, a teenage nanny from the Ukraine is accused of killing Baby Jonathan by shaking him, which she denies. As a juryman, Deed wants to see more medical evidence. Then he discovers a cross-over with a case of Jo's, in which she has evidence that the effects of the MMR vaccine could have led to Baby Jonathan's death. Meanwhile, Marc Thompson is asked to travel to South Africa, to give evidence about its child vaccination program - and Jo begins to have doubts about marrying him. After quarreling with Marc, she starts to see Deed again. But then she also quarrels with Deed, who still seems to have another woman in his life - one of his fellow judges.

In court, Deed has to judge the case of a couple who are fighting their local council over a police communications mast on the roof of the building they live in. Gilly Bridges has motor-neurone disease, while her husband Jake has stomach cancer, which they claim are connected with the 'tetra' mast. The incidence of both diseases in the Bridges' block of flats is many times the statistical norm. Jo represents Jake and Gilly Bridges, while Deed's former wife George appears for the defendant council. Then Deed receives an application from Rose Hussein, the English wife of a former government minister from Iraq. Rose believes depleted uranium used by the British Army in its tank shells killed her family - and she wants the court to establish the facts. Of course, the government doesn't want the case to be heard.

Deed has to judge a case concerning Jo's boyfriend, Marc Thompson. Marc wants to take the decision not to resuscitate a two-year old patient at his hospital who has a weak heart and is in a coma, if the child's heart stops again, but the parents disagree. In another case, Deed has to sentence a young thief, and the youth then dies in custody. All this brings back Deed's memories of his own traumatic childhood. He is spoiling for a fight and argues with Jo - who announces that she has decided to marry Marc.

In a case in Deed's court, his daughter Charlie is the junior counsel defending Henry Free - an animal rights activist charged with murder after a fire-bomb at an animal research unit killed an eminent scientist. Then Henry falls out with his leading counsel and asks Charlie to defend him - but Deed advises her not to. Part of Free's defence is that his group had been infiltrated by an officer of MI5, the British secret service, acting as an agent provocateur, and Deed is angry when Charlie reveals the officer's identity in court. Meanwhile, Jo is helping and encouraging Charlie - and she is back with her old flame, Marc Thompson. Deed is losing her.

Deed questions an unpleasant prison officer closely about the death of Paul Settle, a young prisoner who was stabbed to death and then partly eaten by his cell-mate Ben Bradwell just a week before he was due to get out. The Judge is worried that Settle was black, while Bradwell was known to be a vicious racist. In another case, Deed comes up with a thoughtful sentence for a drunk driver who killed a child. Meanwhile, Deed and Jo seem to be growing apart.