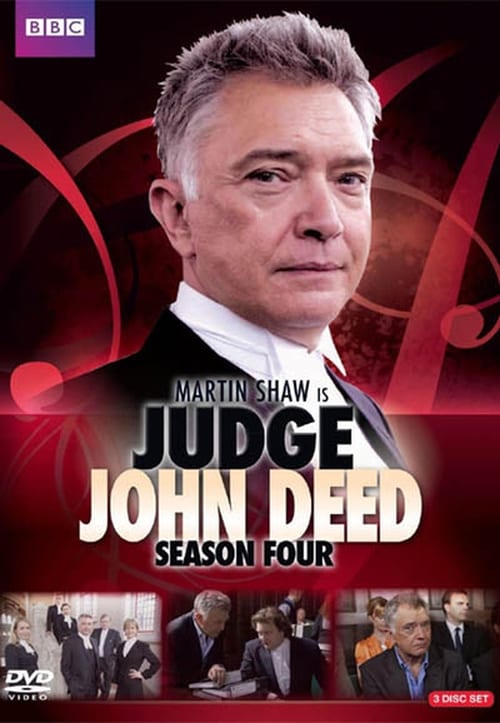 An angry contestant in a TV show kills another competitor on camera, and the show's producers face charges of manslaughter in Deed's court. Meanwhile, Deed is pressing for an inquiry into the death of Rufus Barron, a man who had been accused of embezzling money from his employer, the arms dealer Sir Tim Listfield. Sir Tim becomes violent when Deed keeps questioning the 'accident' which killed Barron.

Deed has an environmental case before him, in which a company operating a large-scale waste incinerator is accused of damaging people's health by air pollution. Jo Mills represents the parents of a damaged child, but is losing. Then it comes out that the company deliberately hid a fault at the incinerator which made its emissions far worse. Meanwhile, Rufus Barron comes up with evidence to support the claim that Neil Haughton took a bribe on a defence contract. Then the evidence is lost, and Haughton demands that Deed should be impeached for unprofessional conduct.

Deed's fling with a woman claimant in his court gets him into hot water. His brother judges are appalled, and Deed finds himself exiled to Warwick.Meanwhile, Jo is sitting as a judge in a trial in which a company secretary is accused of stealing more than four million pounds from the arms king Sir Tim Listfield. Allegations are made during the trial about senior politician Neil Haughton, the close friend of Deed's former wife Georgina - Haughton is said to have taken bribes to over-pay on government defence work. Jo is threatened, and Deed comes home to help her.

Deed has the case before him of a man charged with killing a paedophile, but the jury find the defendant not guilty. After his acquittal, the man calls a press conference and sends out a message calling for similar actions elsewhere. Meanwhile, Marc Thompson, Michael's real father, arrives in England from overseas. This seems to end Jo's hopes of adopting Michael, but she starts dating the new arrival, sending Deed into a jealous rage. Deed then unwisely starts a new affair with a woman appearing in his court as a claimant in an action, and Jo decides to move with Marc to South Africa.

Deed has three drug-dealers in his court accused of a vicious gang killing, and he comes under pressure from government law officers to hear the case without a jury. A witness is killed, and the jury starts to melt away. If the case is abandoned, the dead witness's evidence will be lost, but Deed wrestles with his conscience over setting what to him would be a terrible precedent. Meanwhile, Jo's application to adopt Michael is turned down by the Adoption Panel, who feel she is too busy with her legal career to look after a child. Deed encourages Jo to challenge the Panel's decision in the High Court.

Jo Mills was planning to take time off work, but then she agrees to defend a man who escaped trial sixteen years before after he was charged with attempted murder. Jo is partly attracted to the case because she recognizes two of the detectives who are mixed up in it.