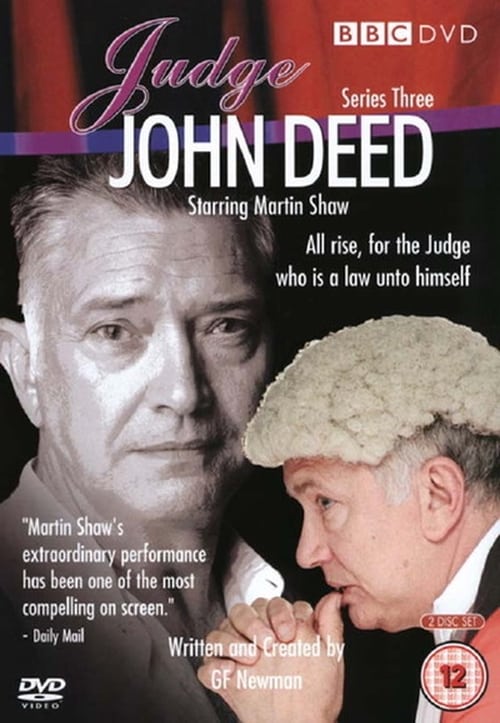 The case of Diana Hulsey, a single mother with terminal brain cancer who is suing a telephone company, is concluded in Deed's court. The Establishment dreads a verdict in Diana's favour, and Ian Rochester is yet again out to discredit the judge before he can deliver judgement. Rochester conspires with the phone company to accuse Deed of possessing child pornography, and Deed has to work out what to do when he finds it on his laptop.Meanwhile, Jo faces a conundrum when Diana asks her to look after her seven-year-old son when she is dead, which could be at any moment.

Jo Mills leads for the prosecution and Brian Cantwell for the defence when a British member of parliament, Alan Roxborough, is tried on a charge of attempting to murder his boyfriend with a frying pan. As usual, there is a conspiracy in the background to pervert the course of justice, which may be connected to Roxborough's opposition to certain British arms deals.Meanwhile, Deed goes into therapy and has a brief affair with his therapist.

Deed gets angry when a brother judge deals leniently with a man convicted of political offences from whom the judge has had certain favours. He makes an accusation of corruption, despite Jo's misgivings.Meanwhile, Jan Dobbs is in Deed's own court charged with murder, and the hit-and-run case from the previous episode is still not concluded. Of course, the bigwigs of the legal profession are still busy scheming to marginalize both Deed and Jo Mills.

Deed has two difficult new cases in his court. In one, a woman with a brain tumour claims it was caused by using her mobile phone. In another, the defendant in a hit-and-run case seems unfit to stand trial.Meanwhile, in a continuing story-line from the second series, Deed's lover Jo Mills faces a disciplinary tribunal prompted by Sir Ian Rochester and presided over by Sir Monty Everard. Both of them bear grudges against Deed, and he rides to Jo's defence.