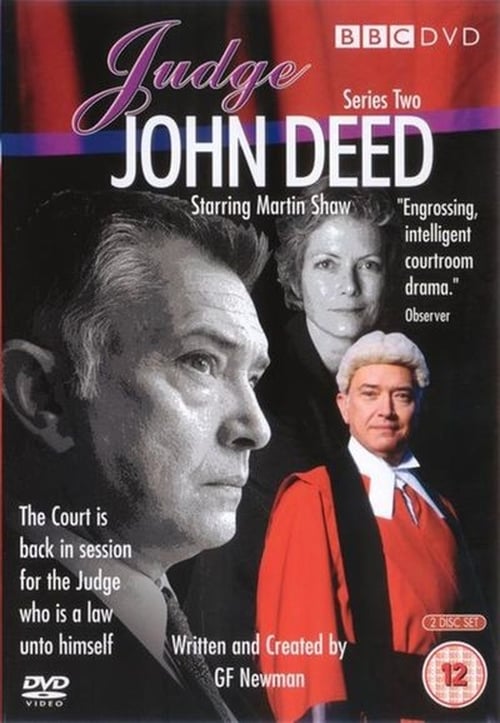 Deed has to give judgement in a court battle between a child and his parents. Jason Powell (who is represented by Jo Mills) has heart disease, and the doctors say his only hope of life is in a heart transplant - but he refuses to agree to the operation. His parents want the court to rule against an interim injunction supporting Jason, who clearly understands the risks he faces and who has a good legal case to decide for himself. His parents, Mel and Andy, plead for the heart transplant, and Deed lifts the injunction... but then Jason dies on the operating table, after spending his last moments pleading with the surgeons not to go against his wishes... Meanwhile, Deed's own life is running no more smoothly. Both he and Jo are accused of serious misconduct when she spends the night in his chambers...

Deed rekindles his old love affair with Francesca Rochester, and at first he fails to notice that she is making use of him in a struggle with her dotty aunt for power over a property and publishing empire. Francesca's husband Ian and another enemy set out to undermine the Judge's credibility, aiming to have him removed from office.In court, Deed is busy presiding over a murder trial in which a young lawyer and his brother and sister are charged with conspiring with a burglar to kill their parents. Meanwhile, the judge's student daughter Charlie has got herself pregnant by a married lecturer at her college. Charlie's mother persuades her to have an abortion, which Deed is against, but he finds out about it too late. We discover that Deed bitterly regrets Jo's decision years before to abort his own child.

After a young woman is battered to death, the mentally retarded Gary Patterson confesses and the police consider the case solved. However, Gary later withdraws his confession, leaving Judge Deed's court struggling with limited evidence.Meanwhile, Deed is also busy looking into a case about a multi-million pound mortgage fraud and comes up against a masonic conspiracy. The fraud case is due to go before a brother judge who himself proves to be implicated, and who commits suicide. In Deed's own court, the jury finds Gary Patterson not guilty, Deed asks who the killer was, and Gary says he witnessed the killing and knows the answer.

After a call girl is found dead in a skip, an Arab sheikh's chauffeur is charged with killing her, but the evidence points to the sheikh himself being involved in the murder. Unfortunately for Deed, the Arab ruler was in London to place a huge order with a British aircraft manufacturer, and pressure is piled on Deed by the British government, as well as by the sheikh's own. The plot thickens when counsel for the prosecution is also killed and Deed's lover, Jo Mills, takes over the case, and when he hears that Georgina Channing, his former wife, is engaged to marry Neil Haughton, the government minister fighting for the aeroplane order. Before long, witnesses disappear and the jury is being interfered with - by the British Government, no less. And then Deed gets an offer they think he can't refuse, when appointment as an Appeal Court judge is dangled before him.