In the Season 2 finale, the children compile their ever-growing Christmas list, but T.I. becomes concerned that they don't appreciate the work that goes into paying for their gifts.

With Tip's probation coming to a close, it's time to go full hustle on promoting his new album with a big celebration bash. Tameka takes King to a meeting for his own pajama line, but the two have some creative differences.

Domani is hired for his first paid gig but when he tells Tip he's intimidated by him, T.I. has to decide whether or not to go to Domani's performance. Meanwhile, Tameka takes the kids horseback riding but Major is nervous.

After Shekinah acts unprofessional during the tape of Tiny's talk show pilot, Tiny insists that Shekinah spend time with an etiquette coach.

As Major's first day of pre-school approaches, Auntie Precious feels like it's time to move on. However, Tiny isn't quite ready to let her go and devises and plan to keep her around.

It's the battle of generations as Tameka and Niq Niq face off in a competition to see who's the better dancer. Tameka turns to an unlikely source to get the edge but will it be enough. Meanwhile, Tip takes the kids to a skate park in an effort to teach Domani how to face his fears.

Trying to teach the kids business skills, T.I. and Nelly help them with plan. When things fall apart, one kid proves that he has his father's knack for hustling and saves the day.

Finally fed up with being overweight and out of shape, Shekinah decides to go under the knife. Meanwhile, T.I. takes the family to New Orleans to shoot a music video with Lil' Wayne.

After King's pet hamster passes away the kids beg Tip for a dog only he's unwilling to bring another animal into the home. But when Tameka makes an interesting offer on behalf of the children, Tip puts the kids through a test to see if they are responsible enough for a dog.

Wanting to grab life by the horns Tameka and Shekinah set out to cross life-long dreams off their bucket list...that is until they come across an unpredictable creature that makes them thinks twice. Tip notices the kids are missing out on certain skills best gotten from his old neighborhood. Trying to toughen them up they hit the boxing gym where Major tries to take on his older brother.

After catching his family eating junk food, Tip decides it's time for them to get in shape! With money on the line, Tameka, Shekinah and the kids are put to the test, but Shekinah's desire to win leads her to do the unthinkable, possibly putting her out of the competition altogether.

After seeing T.I. on the set of a popular television series, Domani is convinced acting is easy. Wanting to teach his young son a lesson prompts T.I. to encourage his children to make their own movie.

As T.I.goes around Chicago to promote his upcoming album, Tiny and Shekinah scour the town in search of an icon.

T.I. and Tiny's oldest daughter Niq Niq is turning 16 and TI wants to throw her the party of the year. But, when it comes time for Niq Niq to get her dream car, Tip has other plans.

Tameka's talk show was picked up and the ladies are getting ready for production but Tameka's best friend Shekinah is feeling out of the loop and believes she can add a perspective the other women can't. Forced to prove herself, Shekinah hits the streets of Atlanta looking women who work hard and keep it real. But can Shekinah's real talk with real women win Tameka over and a spot on the show?

What do Usher, Nelly, Kelly Rowland, and Lil" Wayne all have in common? They're all performing at this Summer's hottest hip hop concert, and for the first time since his prison release TI is headlining. Can he tackle the pressure of the big stage after after being away for so long? Also, Tameka has a surprise for TI he won't soon forget.

TI and Tiny are back! This family is no stranger to life's greatest adventures. From being on top of the music scene, red carpet events, raising six kids and even time spent in prison, they've survived it all. But can the Harris family overcome their hardest challenge to date? Find out, in the second season opener as the family heads to the wilderness for some good ole fashion family camping. 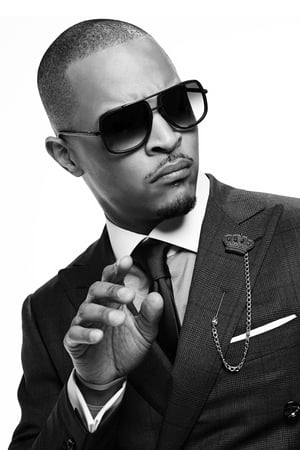