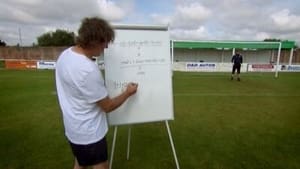 James May attempts to prove the impossible - that an Englishman can take a penalty and score. He will need to keep a cool head as he'll be taking the penalty in front of 20,000 baying German fans on the exact spot where England were knocked out of the 2006 World Cup. Plus, James reinstates an ancient ferry crossing by building a boat from little more than bendy sticks, creates an indoor garden in the ultimate brown field site - the toilet, and builds the world's first multi-functional Swiss Army Bike. 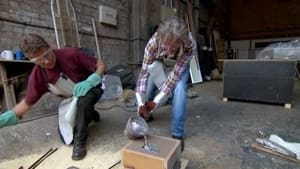 James May takes to the catwalk to liberate men from the tyranny of fashion and promote the one item of clothing they'll ever need - a cunningly modified boiler suit. He also does his bit for the British space project by sending the ashes of a cat and a budgie 100,000 feet into the stratosphere, re-forms some impractical kitchen items into the perfect lemon squeezer in his very own foundry, and teaches Man Lab's musically-challenged males how to cheat at playing the guitar. 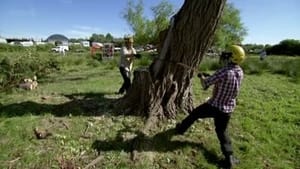 James and the team reunite a teenage rock band, now middle-aged, and gets them to play their first concert in 20 years - in front of 5,000 unsuspecting festival goers. James also demonstrates his own axe skills as he fells a tree, makes toilet paper out of Richard Hammond's autobiography and learns how to tame his fears by going on a good old-fashioned ghost hunt in one of Britain's most haunted castles. 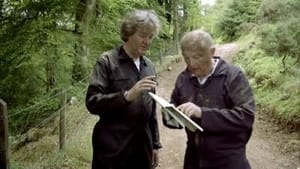 James and Oz Clarke break out of Dartmoor Prison, evade a team of trackers and navigate their way across moors using only a map and compass in their latest attempt to re-skill the modern male. James tests his own abilities further as he takes on what he feels is the most threatening challenge facing men today - remembering names at a dinner party.