The country's favourite New Year's tradition continues with another year-end special from Ron James. The comedian puts 2011 to bed as only he can, then looks ahead to 2012, sincerely hoping the Mayans were just having a bad day at the temple when they made their famous doomsday prediction. Of course it wouldn't be New Years without Aunt Vivien's annual message to the royal family, and her homespun advice to newlyweds Will and Kate is as cut and dry as Marks and Spencer shortbread; a usually quiet electronics store manager channels General Patton to rally his troops for the battle known as Boxing Day; guests of Canada's greatest detective Mordecai Moncton learn that attending one of his parties can be murder; a top military official is in the hot seat for accidentally shooting down a certain bearded, jolly, red-suited man on Christmas Eve; and Lil Ronnie is staging a covert operation of his own, up way past his bedtime trying to raid the snack table of Ma and Pa's New Year's party; and in a special musical number to close the show, a mall and chain weary Ron pays cranky tribute to the season with fellow survivors of the holiday madness

Comedian Ron James weighs in on a world where no matter how hard we try it's Never Enough. An Old West gunslinger in the middle of a bloody duel has to upgrade to the new model of gun before he can get the bullets he desperately requires; a Big Pharma huckster brings on the dancing girls to convince doctors his underwhelming new drug is a winner; class bully Bucky Lutley challenges L'il Ronnie to a chilling toboggan race down Dead Man's Hill; and Ron pays tribute to Nanaimo, B.C. and finds out it isn't just for dessert any more.

Comedian Ron James puts the subject of Money where his mouth is. Two co-workers find out the office pool lottery numbers have finally come in and hatch an elaborate plot to cut out the others; not even a brutal bear attack will get a Canadian camping in the US to pay for cross-border health care; L'il Ronnie hits a wrong note with his scary piano teacher and Ron pays tribute to The Peg, birthplace of another Canadian rebel, Louis Riel.

Comedian Ron James looks carefully at a world where being prepared isn't just for boy scouts any more. Noah's almost finished loading the Ark when an annoying disbeliever shows up trying to pass himself off as an obscure animal; a man's migraines are so severe, he's willing to overlook some severe side effects if it spells relief; it's School Picture Day for L'il Ronnie and he hopes this year's photo won't be another dud; and Ron visits picturesque Kelowna, B.C., home of the legendary Lake Okanagan sea monster, Ogopogo.

Comedian Ron James goes into overdrive this week, wondering why our high-speed, instant gratification-obsessed world is in such a hurry. For a businessman who's running late, getting gas becomes an obstacle course of modern day inconveniences; the whole world watches as a man threatens to jump off the ledge of an office building but the folks inside are so excited by the media attention, they forget to help; the entire James clan sets up camp at the beach for a day of good clean fun but the Atlantic undertow has other plans for Lil Ronnie's swimsuit; and Ron reaches new heights paying tribute to the town of Banff.

Comedian Ron James runs our post-911 world of Safety and Security through the scanner. When a suave international spy's code name is compromised, finding a suitable replacement that hasn't already been taken proves to be his toughest mission; a touchy feely trip through modern day airport security definitely rubs Aunt Vivien the wrong way; L'il Ronnie's Loose Tooth is staying put until he's sure the tooth fairy can cough up some serous coin; and Ron pays tribute to Hamilton, Ontario, a city of steely determination and the birthplace of Tim Horton's.

Comedian Ron James takes a swing at Sports. An ump hits his tipping point and can't resist striking out at a belligerent fan; a mid-life hockey league is shaken to its core when the new guy shows up sporting a bottle of wine; like all kids, L'il Ronnie doesn't want to cover up his Hallowe'en costume and finds a unique solution to trick or treating on a cold Cape Breton night; and Ron pays tribute to Stratford, Ontario, the home of Justin Bieber (oh-and that Shakespeare thing, of course).

Comedian Ron James takes on Mortality and Aging. A Dad expects his wife and kids to put the 'fun' in 'funeral' when he goes, but things backfire when the family gets a little too excited about his send-off; Aunt Vivien uses her video will as a way to figure out who should get a lot and who should get squat; and Lil Ronnie "borrows" Nanny's magnifying glass with disastrous results. In this episode's Ode to the Road, Ron visits that socialist stronghold, Saskatoon - only to discover there's not much of Tommy Douglas left in the place.

Class is in session when comedian Ron James takes on Education. A disaster specialist won't be able to keep two trains from crashing unless he can recall his Grade 9 math homework; a school principal considers reaping the rewards of a student's immoral but profitable science project; and L'il Ronnie goes for a joyride in Pa James' Shriner's car. In Ron's Ode to the Road, he visits Owen Sound.

Comedian Ron James takes on our complex relationship with Animals. A documentary about the cattle industry puts a damper on a couple's romantic steak dinner, an unorthodox dog breeder gives strange new meaning to the term stud service and Lil Ronnie can't help digging to the bottom of the cereal box to get his prize. In this episode's Ode to the Road, Ron pays salty tribute to the seaside town of St. Andrew 's, New Brunswick and helps raise money to restore their lighthouse..

Comedian Ron James talks Traditions and Superstitions. An annoying disciple interrupts The Last Supper, a 50/50 draw doesn't turn out quite as the winner expected, Lil Ronnie gets in trouble for passing notes in school, and Ron pays tribute to the birthplace of Canada - Charlottetown , PEI

Comedian Ron James kicks off Season 3 with his take on Obsessions & Hobbies. Civil War Re-enactors battle with a group of LARPers, a sports fan's obsession goes a little too far, Lil Ronnie gets a case of Lice and Ron pays tribute to the town of Kingston,Ontario. 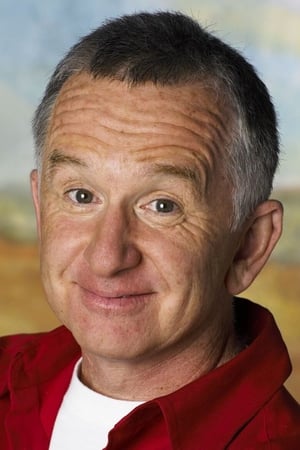