Manhunt: The Search for America's Most Gorgeous Male Model Season 1

Manhunt: The Search for America's Most Gorgeous Male Model Season 1

The remaining 3 guys are reunited with the 7 previously eliminated guys, reuniting the Top 10. At the reunion, Kevin Peake finally reveals his true identity - as a mole and spy. The guys are shocked, especially Tate and Kevin O. Later, Jon and Rob undergo a nude photo shoot, where Jon is originally uncomfortable, but finally agrees to the shoot. At the final judging, all of the guys photos are assembled and despite Jon's lack of height and less-than-perfect teeth, he is crowned America's Most Gorgeous Male Model.

The remaining men are still in Puerto Rico where they are to shoot a commercial for ""Manhunt Soap"" with each guy doing a specific role from a zoopkeeper to Hunter. Later, they are taken into the rainforest to pose with 4 exotic animals: a parrot, a millipede, a tree frog, and a tarantula. Maurice is very nervous about posing with the spider, but eventually goes through. At elimination, Maurice is deemed to have only one look and is cut from the competition.

The boys are all pysched when they arrive in Puerto Rico. There, they meet with photographer Art Minds where he shoots their photographs to put on the front of a calendar. Afterwards, the guys all strut on a clear runway laid on top of a pool. At elimination, Hunter is eliminated because the judges felt his runway walk turned too much into a Chippendales show with him gyrating suggestively and dunking his head into the water to fling water at the women.

The boys visit the set of Access Hollywood where anchor Shaun Robinson gives each boy a short interview. Later, Carmen has the boys take part in a volleyball contest where the winning team gets to drive around in a yellow Lamborghini. For the photo shoot, the boys all dress professional and take photos out in the street of New York. At elimination, the boys are told that a photographer was also following them around to take photos of them in their most unflatting moments. At elimination, the boys are wittled down to the final 5 as Tate is sent home.

The models go into a meeting one by one with fake ad execs, who attempt to make the boys feel as bad as possible. When it's revealed the trick, the ad execs order the boys from best to least on who sold the product. At the photo shoot, each boy poses with a different product. The ones who ranked highest during the earlier meeting with the ad execs posed with the best products (Motorcycle, car) while some of the worst ones were stuck with pretzel rods and toilet paper. At elimination, Paulo, a fan favorite, is eliminated along with 3 others.

The remaining 12 models try to become spokesmodels in a Japanese commercial where the crew only speaks Japanese. Later, the guys all get pampering complete with massages and waxes. This week, the guys are put into a photo shoot where the line between genders is slightly bent. Adorned with makeup and otherworldly hairstyles and clothes, some of the guys show their dislike while others are enthused about the challenge. At elimination, Ron and Seth are told, ""That was your last shot.""

The models head up to the hotel's rooftop for a 4am photo shoot with model Marisa Miller. At elimination, Carmen brings the men into the boardroom to meet with the judges: Bruce Hulse, Marisa Miller, and Tom Jarrold who is Vice President of Marketing for Armani Exchange. When it's time to make some more cuts, the ax lands on FOUR unlucky guys. John, Brett, Casey, and Blake. The remaining models then move into their new suite, ready for the next day's challenges.

The top 20 finalists head to an airstrip where 4 of the guys are immediately eliminated by male supermodel and judge, Bruce Hulse. The remaining men strip down to their tidy whities so they can go skydiving. The next day, the models get a free shopping spree at Armani Exchange, and then go to a party at the hotel. Even though the guys have a curfew, some of them opt to stay up late into the night with a few giggling female guests. Suddenly at 2 in the morning, Bruce Hulse comes barging into the rooms for a surprise photo shoot. Finding the women, things might not end up good for the men responsible. 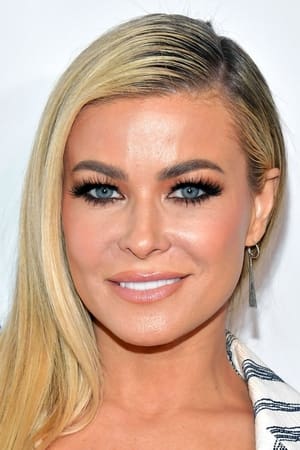 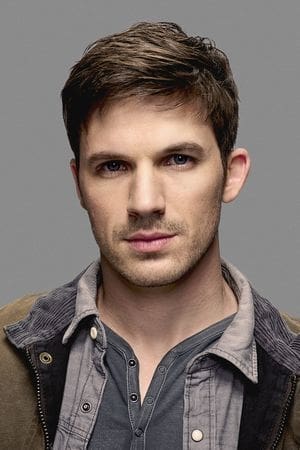