The Wonderful World of Disney Season 7

The Wonderful World of Disney Season 7

Originally supposed to be aired on April 2nd 2005.

The Ingalls family celebrates Christmas on the prairie. Mr. Edwards makes it to the celebration after the bridge coming down.

The story of the Ingalls family as they move from their home in the woods of Pepin, Wisconsin to the prairies of Kansas. There they meet many interesting people, and have some run-ins with Indians.

Maria (Julie Andrews) a young Austrian nun with her own heart and mind leaves the abbey to be a governess to the children of Captain Von Trapp (Christopher Plummer). There she finds out that he's seperate from them and their life is a miserable one. But Maria won't have any of that and will just give them the Sound of Music.

Henry Ramiro (George Lopez) is the reigning shock jock of Chicago sports radio who earns his living being rude. That is, until a young listener, Michael (James Kirk), with a life threatening illness, forces Henry into a deal to be nicer on the air for just one day. He's amazed to discover that his false positive energy seems to be having an impact - the teenaged boy's health starts to improve, as do the local sports teams' scores. But Henry's new persona has made him the target of constant ridicule by a competing shock jock, The Hitman (Roger Lodge). While Henry's bosses certainly aren't happy with him, he's got other problems as well - his years of rudeness have taken a toll on his wife, Diana (Lisa Vidal) and daughter, Olivia (Bianca Collins), and they're just not buying his sudden change of attitude. When his family ultimately leaves him, Henry is about to give up, until his fans unite and prove to him that Christmas miracles really can happen. (Synopsis from ABC)

In the land of monsters, there becomes an energy shortage. They get their energy by entering childrens closets and using their screams as a power source. Mike and Sully have to work overtime, and when they do, they notice someone leaves a door open, and a child is set free in Monster Land. Children being evil and harmful creatures to monsters, there is a hunt for the young girl, and Mike and Sully have to try their best to keep her safe, and get her back home.

The gang is back. Carol (Tracey Gold) is pregnant with her husband Scott's now first child (in the first movie, Scott had a son, whom is non-existant in this movie). Mike (Kirk Cameron) got a job offer in Tokyo, where he'd spend a year away from his family. Ben (Jeremy Miller) is now a real estate agent. Chrissy (Ashley Johnson) is a guitarist in a small rock group, dating a band mate. Last but not least, Jason (Alan Thicke) and Maggie (Joanna Kerns) are selling the house. Everyone comes back to the house for the last time before their memories are taken away. 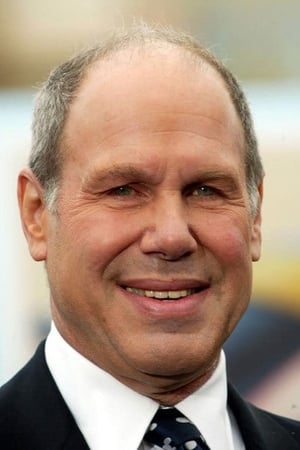