John Dillinger, a notorious 1930s bank robber, escapes from the state penitentiary using a wooden gun, but makes a critical error when he crosses the state line in a stolen car. That act violated a U.S. law, causing the FBI to take up the hunt. Although Dillinger manages to escape from several traps set by the G-men, he's finally cornered by agents leaving a Chicago movie theater with "The Lady in Red".

Police pursue John Dillinger and his henchman, Homer Van Meter across the Midwest. On the run, Van Meter digs up loot hidden in glass jars, but is double-crossed by one of his underlings.

Three vicious hoods on a crime rampage take over a church mission as their headquarters, figuring the cops would never look for them there.

Disguised a Western Union messenger, Willie Sutton (Jay Novello) tricks the janitor at a jewelry store on Broadway to open the door before the start of business. Sutton and an accomplice pull guns and prevent the janitor from warning the store manager when he arrives to open the store, and them force the manager to open the safe. The thieves make off with $130,000 in jewels, leaving a total of six hostages behind. Gang Buster detectives O'Reilly (Ray Walker) and Burlin (Eddie Marr) notice that a month earlier an attempted bank robbery began at the same time of day as the jewelry store job, using the same disguise and the same modus operandi. Employees of the bank identified pictures of Willie "The Actor" Sutton and escaped convict Marcus G. Bassett (Marc Krah) as leaders of the bank robbery gang. The Gang Busters know the name of Bassett's girlfriend and decide to try and get to Sutton through Bassett. While planning another bank robbery, Sutton sees Basset having an argument with his girlfriend Helen (Betty Lou Gerson), and wants to know what's wrong. When Bassett tells Sutton that he can't take her any more, Willie unsympathetically tells him that he better "look after" Helen instead of worrying about the bank job. Feeling threatened, Bassett recalls that Sutton had another partner in crime who was murdered over a girl, and does not want to end up lying in the street himself. Following the argument with Bassett, Helen turns out to be more than willing to give him up when the detectives arrive at her place, even telling them that both of the escapees carry poison vials so that they will never be taken alive and sent back to prison. The detectives miss Barrett but locate Sutton's naive girlfriend Violet Fairchild (Peggy Stewart) and follow her to a restaurant where she meets the unsuspecting Sutton. The Gang Busters surprise him, confiscate his poison, and haul him off to jail. Bassett is apprehended a few days later. 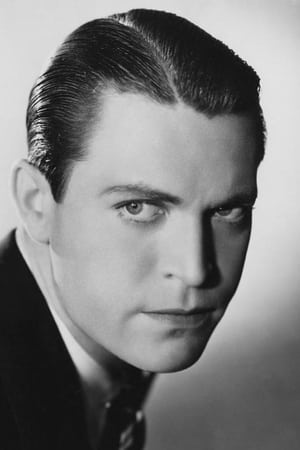