Canada's Next Top Model, Cycle 2 began airing on May 30, 2007. Jay Manuel serves as the host after season 1 host Tricia Helfer left to pursue her acting career. Serving as judges are Jeanne Beker, who is the only returning judge from last season, Paul Alexander, and Yasmin Warsame. The finale aired on July 18, 2007 in which Rebecca Hardy defeated Sinead Brady and won the competition. This was the last cycle aired on Citytv before it moved to CTV starting next season. Encore presentations aired on A-Channel, Star! and FashionTelevisionChannel. This cycle's tagline was "Fabulous, fierce, ready for the world!"

In the season finale, the final four girls do a covergirl photo shoot for 'Trublend Foundation' after which two girls are eliminated. The two finalists are left to stomp it out in a high fashion runway show. The Winner is announced.

The models are instructed to pose as live mannequins and later do a cover try for fashion magazine. A challenge win brings a surprise visitor for one of the girls.

The remaining 5 girls are set about on go-sees each hoping to outshine the other. One girls becomes frustrated after being called 'average'. Another girls kicks herself for misunderstanding the rules. Then a photo shoot in the freezing cold with Nigel Barker pushes the girls to show sexy, strong confidence.

The girls hit the gym for an intense spin class with Stacey Mackenzie and trainer Chris. Later the girls have a one on one talk with Jay where he gives them all advice on what they each need to improve. Then it's back to Stacey who takes the girls to Flirty Girl Fitness where they take a pole-dancing class. Finally in the photo shoot the girls are set to tackle an editorial concept while jumping on a trampoline.

As the competition continues, the remaining 7 meet with Jeanne Beker for media training. From interviewee to interviewer, find out who could keep up an who was lacking. Also, a glamorous photo shoot and a suprise visit from the hockey team awaits the girls. Who will get eliminated next?

The girls get surprised when Jay brings in an entourage of hockey players. The models visit MuchMusic where they get unveiled their musical challenge. Jealousness starts to surface amongst the candidates.

The girls get a makeover and give their looks a whirl. Photographer Daniel Lim takes creature-themed shots in this weeks photo shoot. The models their strengths and weaknesses are beginning to reveal while the competition heats up.

The modeling competition begins for a second season with a new host, Jay Manuel. Jay meets with the candidates and they are in for a BIG surprise. This week they get exposed by Celebrity Photographer Paul Alexander for their first photo shoot. Friends are made and rivals are formed. 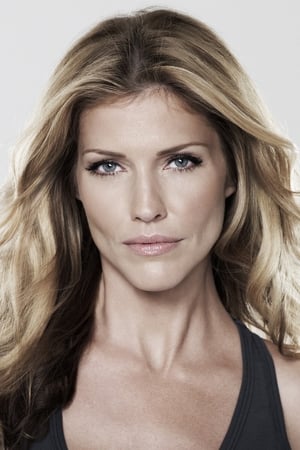