A formidable figure standing at 5'8" and weighing more than 300 pounds, Cheryl Haworth struggles to defend her champion status as her lifetime weightlifting career inches towards its inevitable end. Her journey as an elite athlete presents physical and personal challenges, including popular notions of power, strength, beauty, and health.

When AIDS arrived in San Francisco in 1981, it decimated a community, but also brought people together in inspiring and moving ways to support and care for one another and to fight for dignity and a cure.

U.S. Marine Sergeant Nathan Harris, 25, leads his unit to fight a ghostlike enemy in Afghanistan. Wounded in battle, Harris returns to North Carolina and his devoted wife to fight pain, addiction, and the terrifying normalcy of life at home.

JR, Charlene, Margarita, and Robert are half American; they are among the many children born to local women and U.S. servicemen who were stationed in military bases in the Philippines until in 1992. Their stories illuminate a generation of Filipino Amerasians who live in limbo.

When a highly successful Mexican American Studies program at a high school in Tucson comes under fire for teaching ethnic chauvinism, teachers and students fight back. This modern civil rights struggle is happening at the epicenter of the immigration debate in the age of identity politics.

Locho and Yama are nomadic herders in Tibet's high grasslands, who carve their existence from the land as their ancestors have for generations. As traditional nomadic life confronts rapid modernization, Summer Pasture captures a family at a crossroads, ultimately revealing the profound sacrifice they will make to ensure their daughter's future.

The Ponce family circus has been living and performing in rural Mexico for seven generations. Its history dates back to the late 19th century, when Genaro Ponce founded the Circo Ponce Hermanos. Today, the circus members are still carrying on their ancestors’ traditions. But their performing days may be numbered. Tino, the ringmaster, has long been driven by his dream to lead his parents’ circus to success. He urges everyone in the family, including his four young children, to help meet this goal. But Tino’s wife Ivonne is determined to make a change. Feeling exploited by her in-laws, she regrets that her children have spent their childhoods laboring in the circus. Can Tino choose between his circus dreams and a wife who wants a better life for their children? Filmed along the back roads of Mexico, Circo is an intimate portrait of a family trying to stay together despite mounting debt, dwindling audiences, and simmering conflict. With a marriage in trouble and a century-old tradition hanging in the balance, the Ponce family circus struggles to make a living off its artistry, sweat, and wit.

Millions of bison once roamed the Great Plains. Can this nearly extinct icon of the American West make a 21st century comeback?

Revenge follows four entrepreneurs from 2007 through the end of 2010 as they fight to bring the electric car back to the world market in the midst of a global recession. The protagonists are Bob Lutz from General Motors, Elon Musk from the American start-up Tesla Motors, Carlos Ghosn from Nissan, and Greg Abbott, an independent electric car converter from California. Whereas the 2006 film Who Killed the Electric Car? ended with the destruction of nearly 5,000 electric cars from California's clean air program, notably the GM EV1, the new film features the birth of a new generation of electric cars including the Chevrolet Volt, the Nissan Leaf and the Tesla Roadster.

Interweaves the extraordinary story of Septentrional’s six decades of creativity with the history of Haiti. How did the country go from being the first free black republic with a huge wealth of natural resources to a shattered nation unable to support its citizens? How did the hope created by the rise of Jean Bertrand Aristide and the despair that followed the coup that drove him from power contribute to the inevitability of the January 2010 earthquake’s horrific death toll? The film gives context to the current problems facing Haiti, from the brutality of French colonialism and the bloody revolution that brought Haitians their freedom to the crushing foreign debt, the 15-year American occupation that ushered in the brutal dictatorship of “Papa Doc” Duvalier, and the earthquake that killed almost 300,000 people. The passion, commitment, dreams, and joy of Septentrional’s musicians reveal the indomitable Haitian spirit. With a sweeping narrative and infectious music, this is the story of not just one band’s survival, but also Haiti’s survival.

Every day, millions tune in to Sesame Street to see one of the world’s most adored and recognizable characters — a furry red three-and-a-half year-old monster named Elmo. Yet, with all of Elmo’s fame, the man behind the icon is able to walk down the street without being recognized. As a teenager growing up in Baltimore in the 1970s, Kevin Clash had very different aspirations from his classmates — he wanted to be a puppeteer. More specifically, he wanted to be part of Jim Henson’s team, the creative force responsible for delivering the magic of Sesame Street on a daily basis. With a supportive family behind him, Kevin made his dreams come true. Combining amazing archival footage with material from the present day, filmmaker Constance Marks explores Kevin's story in vivid detail and chronicles the meteoric rise of Jim Henson in the process. Narrated by Whoopi Goldberg and including interviews with Frank Oz, Rosie O’Donnell, Cheryl Henson, Joan Ganz Cooney and others, this insightful and personal documentary offers up a rare, behind-the-scenes look at Sesame Street and the Jim Henson legacy.

In Danville, California, Lee Gorewitz wanders on a soul-searching odyssey through her Alzheimer’s & Dementia care unit. Confined by the limits of her physical boundaries, she scavenges for reminders of her life in the outside world. Yet her search is for more than a word, or a memory, or a familiar face. It is a quest for understanding. A total immersion into the fragmented day-to-day experience of mental illness, You're Looking at Me Like I Live Here and I Don't is the first documentary filmed exclusively in an Alzheimer’s & Dementia care unit, and the first told from the perspective of someone suffering from Alzheimer’s disease. The film reveals Lee's penetrating ruminations and charismatic vitality, challenging our preconceptions of illness and aging. Here is the journey of a woman who will not let us forget her – even as she struggles to remember her self.

Shukree Hassan Tilghman, a 29-year-old African-American filmmaker, is on a cross-country campaign to end Black History Month. Through this tongue-in-cheek journey, “More Than a Month” investigates what the treatment of history tells us about race and equality in a “post-racial” America.

The Black Power Mixtape examines the evolution of the Black Power Movement in the black community and Diaspora from 1967 to 1975. The film combines music, startling 16mm footage (lying undiscovered in the cellar of Swedish Television for 30 years), and contemporary audio interviews from leading African-American artists, activists, musicians and scholars.

Daisy Bates was a complex, unconventional, and largely forgotten heroine of the civil rights movement who led the charge to desegregate the all-white Central High School in Little Rock, Arkansas in 1957.

The conclusion of "Have You Heard From Johannesburg?, Free at Last," recalls the end stage of South Africa's apartheid system, when internal and external pressures forced the government to the negotiating table and consent to elections in 1994 that resulted in the once-banned ANC winning a majority in parliament and the once-imprisoned Nelson Mandela becoming president.

Part 4 of 5 of "Have You Heard From Johannesburg?, The Bottom Line," details how international grassroots campaigns to boycott and divest from companies that did business in South Africa pressured those companies to exit the apartheid state.

Part 3 of 5 of "Have You Heard From Johannesburg?," "From Selma to Soweto," details the anti-apartheid movement in the U.S., where in 1986 legislation was passed that imposed sanctions on South Africa over the objections of President Reagan.

Part 2 of 5 of "Have You Heard From Johannesburg?" examines "The New Generation," and its effort to overturn South Africa's apartheid system. Included: the refusal of western nations to boycott South Africa; a youth uprising in the township of Soweto; the 1977 murder of activist Steve Biko.

The five-part "Have You Heard From Johannesburg?," a history of the global anti-apartheid movement, opens with "Road to Resistance," which recalls the 1948 implementation of government-sanctioned discrimination in South Africa. The African National Congress launches a nonviolent campaign against apartheid, but its leaders are forced underground or, like Nelson Mandela, imprisoned. ANC deputy president Oliver Tambo, meanwhile, travels the world in search of support for the anti-apartheid cause.

"These Amazing Shadows" focuses on the National Film Registry, an eclectic collection of movies considered to be "culturally, historically or aesthetically significant" by the National Film Preservation Board. Included: clips from many of the films; remarks from Librarian of Congress James Billington; such directors as Barbara Kopple, Christopher Nolan, Rob Reiner, John Singleton and John Waters; such actors as Tim Roth, Debbie Reynolds and Zooey Deschanel; and film critics and historians.

"The Woodmans" charts the short life of influential photographer Francesca Woodman, who took her own life in 1981 at the age of 22. The profile includes comments from her parents, artists George and Betty Woodman; and brother Charles Woodman.

Anne Makepeace's "We Still Live Here—As Nutayunean" tells the story of linguist Jessie Little Doe Baird's work to resurrect the long-forgotten language of the Wampanoag (the Native Americans who saved the Pilgrims from starvation). The documentary details what led Baird, in 1994, to begin the effort to return the dormant language to the living; and also explains the factors that led to the language's extinction a century ago.

"Deaf Jam" chronicles the experiences of Aneta Brodski, a deaf Israeli teen living in New York, as she moves from American Sign Language poetry, where body movements convey meaning, into the spoken-word slam scene and collaborates with Palestinian slam poet Tahani Salah on a politics-transcending performance.

"Lives Worth Living" tells the story of the disability rights movement in America, which began after WWII when disabled veterans returned home; and culminated in 1990 with the passage of the Americans with Disabilities Act. The documentary includes remarks from the movement's pioneers, including Fred Fay (1940-2011) and Judi Chamberlin (1944-2010); former congressman Tony Coelho; and Sen. Tom Harkin (D-Iowa).

Episode Synopsis: "Donor Unknown" charts the story of 20-year-old JoEllen Marsh, who was raised by two mothers in Pennsylvania, as she searches for her sperm-donor father, known only as "Donor 150." Thanks to an online registry for the children of sperm donors, she meets half-siblings that she never knew existed; and, thanks to a New York Times article about her quest that he just happens to see in a Venice, Cal., coffee shop, eventually manages to connect with her biological dad.

Episode Synopsis: Season 13 premieres with new host Mary-Louise Parker introducing "Wham! Bam! Islam," about the challenges involving "The 99," a comic book about Muslim superheroes created by Kuwaiti psychologist Naif Al-Mutawa. He raised $7 million in capital, hired Marvel comic veterans and released the first issue during Ramadan 2006, but it was banned in Saudi Arabia and Middle East sales failed to meet expectations. As a result, he tried to go global without sacrificing the comic's underlying Muslim ideals. 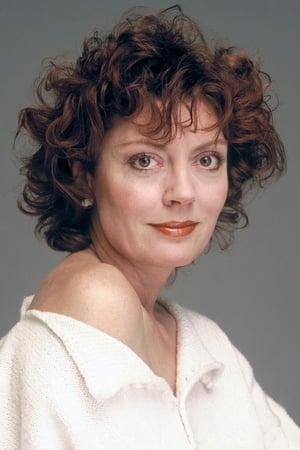 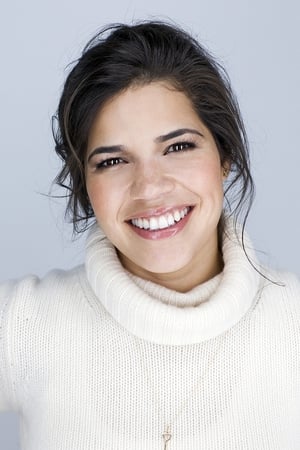 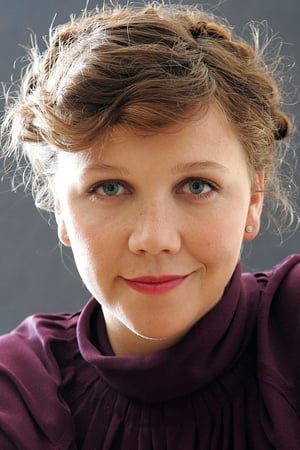