Gordon's search to the Best Local Restaurant hits its home turf when two of the top British restaurants go head to head. It's a battle of the birds as posh fine dining establishment the Swan in Kent faces gourmet gastropub the Pheasant from Cambridgeshire. Also on the menu (since it's Christmas time in the F Word kitchen), Gordon's off to Lapland in search of some seasonal meat - and it ain't turkey. Peter Andre brings his beef to the celebrity cook-off - and it's nothing to do with Jordan. And there's yet more celebrity action as Freddie Flintoff and Dita von Teese sprinkle a little stardust in the restaurant.

Gordon's search for best British restaurant continues as two more unsung culinary heroes go head to head in the F Word restaurant. This time it's an inter-continental contest with restaurants from the Americas battling it out. Gordon, Janet Street-Porter and F Word Maitre d', Jean Baptiste, had their work cut out eating everything from salt fish to steak and burgers to burritos. But the two that stood out are Discovery Bay, a modern Caribbean restaurant from Huddersfield and Santa Maria del Sur, a traditional Argentinean steakhouse from South London. Also on this week's menu: Gordon heads to Canada to gander at snow geese - and then eat one. And Ian Wright shows how much of a jerk he is in a Caribbean chicken celebrity cook-off.

According to the F Word nominations, British diners go loco for tapas and Gordon and his band of merry tasters toured the country in search of scrumptious Spanish grub. First to make it to the final two was Yorkshire eatery, El Gato Negro, controversially run by an all British team. "You wouldn't expect a Northerner to be cooking Spanish food but it works and I love it," says head chef, Simon. Taking on the Yorkshire chefs in the tapas cook off is authentic Spanish eatery Lola Rojo run by feisty couple, Antonio and Christina from Barcelona, whose food Gordon described as 'f**king amazing'. While the competing chefs battle for the coveted Spanish crown, Gordon grabs his rod in Galicia for some extreme fishing and Kelly Brooks stuffs a pepper in the F Word celebrity cook off.

Gordon's got the eye of the Thai-girls, as the ladies of Yum Yum restaurant in North London take on the feisty females from Simply Thai restaurant in Middlesex in a battle to be crowned the F Word's best Thai restaurant. Proving he knows how to use his noodle, Gordon offers his version of every traveller's favourite dish, pad Thai, to some Buddhist monks. And Rory Bremner steps up to the hot plate in the celebrity challenge with a decent impression of a trifle.

Chopsticks are drawn on the F Word as Gordon hunts for the best local Chinese restaurant. And it's a show first as the macho chef heads up an all woman kitchen. Jian Wang from Edinburgh-based Chop Chop is a doyen of the dumpling with over 60 different types on her restaurant menu. She'll be charming the F Word diners with spicy garlic squid and trademark pork and coriander dumplings. Up against Jian in the Chinese cook off are Manchester twins, Lisa and Helen Tse, from Sweet Mandarin. The duo are the third generation of female Chinese chefs and are hoping their salt and pepper squid and mum's recipe for clay pot chicken can bag them the F Word title. In a break from the all-woman cook off, Gordon dredges up Chinese delicacy, mitten crab, from the bed of the River Thames and Janet Street-Porter takes her medley of animals off to show.

Gordon's quest for Britain's Best Local Restaurant continues and this time it is a heavyweight battle of French restaurants. The competing kitchens will both serve succulent foie gras to start, then pan-fried grey mullet and puy lentils go up against a rack of lamb with aubergine tempura. Both will finish with a classic French pudding, crepes suzette. To add to the French flavour, Gordon heads back to second home, Paris, in search of the perfect croissant. And farmer-in-waiting, Janet Street-Porter, expands her farm by helping birth some chicks.

Gordon's hunt for Britain's Best Local Restaurant takes on an Indian theme as his trio of expert tasters head off in search of the country's best curry house. With 3 million British customers popping out for a curry every year it's clear the nation has taken the dish to its heart. But will the F Word diners prefer traditional charm or a modern twist as Gordon puts two very different Indian restaurants, Curry Corner and Lasan, head to head? While the guests sample the curry cook off Lenny Henry gets emotional over his mum's Jamaican pepper pot soup and Janet gets down and dirty with some wiry-haired pigs. Finally Gordon completes the Indian theme as he heads off hunting halal-style in search of deer for his venison masala.

In this episode, two Italian restaurants go head to head, cooking a menu of ravioli, venison, pork escalope and fig and frangipane tarts. Janet will be expanding on last year's experience raising veal calves to starting her own small holding. And Katie Price gets her hands dirty, cooking chicken kievs in the celebrity challenge. 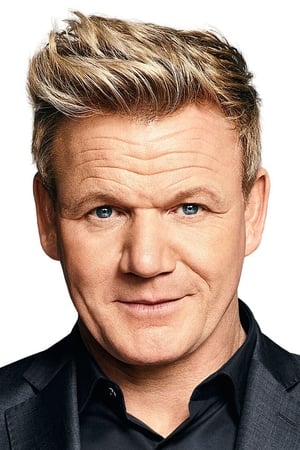