(This synopsis was written from memory; the show is not being aired anymore and I have no copy of the episode available for reference. I last saw it a few months before writing this, so my memory is still relatively fresh, but not complete. Please bear with me if any parts are vague and if guest characters names are omitted; I can't remember everything - Magnus4001) It's a gloomy night and Daemona's having a nightmare. Daemona's in it. So is her grandmother's grave. Leaves, blown by the wind, form a word in front of the tombstone. ""Will"". Daemona immediately awakens and checks her dead grandmother's will for something that might tell her what the dream meant (after all, what else can ""Will"" refer to?). Unfortunately, she finds nothing. Meanwhile, Navarro is having problems of his own. There's a giant demon hunting him (always problematic), one who seems to have met Navarro before, judging by the way it speaks to him. When the P.I.'s show up to help, they discover this and more

(This synopsis was written from memory; the show is not being aired anymore and I have no copy of the episode available for reference. I last saw it a few months before writing this, so my memory is still relatively fresh, but not complete. Please bear with me if any parts are vague and if guest characters names are omitted; I can't remember everything. Ken Robinson) Goody! It's an episode focusing on Wad! Here, we are treated to various attempts by Wad to help the P.I.'s during one of their cases. Too bad his brand of ""help"" ends up hurting their efforts. While this is happening, we get to see a series of flashbacks of Wad's life before he became walking, talking chewing gum. It turns out his current form is his punishment for playing a prank on a high ranking member of the spirit world. Poor Wad. It wasn't even him who played the joke, but his best friend, who let Wad take the blame. Now, this ""friend"" has returned and is menacing the P.I.'s in his new form as a garbage m

(This synopsis was written from memory; the show is not being aired anymore and I have no copy of the episode available for reference. I last saw it a few months before writing this, so my memory is still relatively fresh, but not complete. Please bear with me if any parts are vague and if guest characters names are omitted; I can't remember everything. Ken Robinson) A young boy is watching an old (and obviously very cheap) movie, which his grandfather directed many years ago. Apparently, it was unreleased to the public; one of the actors was killed during filming, preventing it from being completed. The only copies in existence are the rough cuts that are owned by this boy and his grandpa. These copies even include the footage of the death, caught on camera. The film itself is all about a space tyrant's attempts to conquer the Earth. Good thing it's only fiction, huh? Well, that's not exactly true. This tyrant, Morgg the Merciless, soon leaves the film and enters the real world.

(This synopsis was written from memory; the show is not being aired anymore and I have no copy of the episode available for reference. I last saw it a few months before writing this, so my memory is still relatively fresh, but hardly complete. Please bear with me if any parts are vague and if guest characters names are omitted; I can't remember everything. Ken Robinson) There's a steam monster haunting the boy's shower at Bela Lugosi jr. high. Luckily, the P.I.'s are on hand to stop it. But before they can do that, a new student uses his strange powers to reduce it to a little bite-size steam monster (which he then eats, believe it or not). The P.I.'s, having witnessed this display, are impressed and want him to join them as the 5th P.I. Not going to happen, though. Instead, this mysterious new student (whose name escapes me) takes them into the netherrealm as his prisoners. It turns out he is a Shadowcop, a sort of police officer from the spiritual world. He has brought the P.I.'

San Francisco. Daytime. Jericho is over at the Skate Paradise skate park, putting in some practise time on his board. Kira and Casey have gone along to cheer him on. Daemona, meanwhile, has opted to stay home and sort through some more of her late grandma's things. She has already found several unique devices that the P.I.'s can use to fight spirits. But, why would her grandma even have these things in the first place? Hmmm... that's a story for later. Right now, Daemona is hauling a box of grandma's old gadgets up to the attic, the secret location of P.I. H.Q. On the way, her mom asks what she does with all this junk. Evidently, neither of Daemona's parental units know about the Phantom Investigators, and Daemona is perfectly happy with this set-up. She simply says she sells them online. Back at the park, it's break time for Jericho. Casey thinks he's a shoe-in to win the skateboard competition in a few days. Jericho's not so sure. Last year, he won silver while Rick DeLorea took gold

Demona is tring out for the debate team. She wasn't doing so well. Wad, wasn't helping. He was actually making thinks worse. Beacuse of him, she was denied a place in the team. She didn't like debate but she wanted to be in the team beacuse the team goes to France every year. The debate team's captin, Toby, decides to give Demona another chance, but of cource there is a catch. He gives her a list of chores to do and he says that she could only try out if she does all thats on the list. Demona really wants to go to France so she accepts, even though Kira advices her not to. Jericho finds a case for the P.I. They go to Romero's Pizza, where they find their client, Pete. He said that he ran into ghosts while delivering pizza. He also tells them the rumors about ghosts taking other workers prisoners and when they come back, they all quit. Demona finds goo all over Pete's shirt and he says it's from the ghost, so Demona takes some samples to analyse. Back to the P.I headcourters, Demona now

Nate Adler's dad is obsessed with cars and has been for a while. Just recently, he was an hour late picking Nate up from practise because he was too busy working on his prize Barracuda. On the ride home, he spoke of nothing but cars, ignoring any attempts by Nate to change the subject. But that's not the worst of it. Lately, he's been getting crazy, animalistic looks on his face while driving. And he has just now decided he loves to speed and terrorize the roads! These last two characteristics have Nate worried. Worried enough to call the number on a flyer he found, the number for the Phantom Investigators. After receiving Nate's call, Daemona takes a trip to the Adler residence and meets her client, who explains the problem. Time to verify! While Mr. Adler is working on the â€˜Cuda, she points her Spectre Detector at him. Uh-oh, serious demon readings. Meanwhile, the other P.I.'s are with Professor Navarro at his garage and, he's got a wonderful new toy for them: the Ghoul Mobile, a fan

Kira had just won the Best Techno DJ Award and her day was going great. She made a stop at the bathroom before leaving school for obvious reasons. But, she didn't go to just any bathroom. She went to the 2nd floor bathroom we're the 2 meanest bullies in this side of the school. They harased and picked on Kira and threw her gold CD away and that got Kira in a nasty mood. She went to the P.I headcourters and then she got in a fight with Demona and Jericho got into a fight with Casey. Then, one of the bullies went to use the bathroom and in a flash, she was gone. The other one called the P.I and Demona arived at the scene. She couldn't figur out what was wrong hapening and she asked for Kira's help and they got into another huge fight. The toilet in the stall that one of the girls disappeared to, began glowing and then the other bully was gone. Muntama, a ghost of a jaitior that died, saved Demona and Kira from going down the toilet. He explained that this has benn hapening a very long ti

Night-time. A mansion. Aside from the various furnishings, including African statues, masks and other artifacts, that populate the many rooms, it is empty but for one person, Brad Remington. His parents are once again away on a trip and the butler has the rest of the week off. In his lavish room, decorated in the same manner as the rest of the house, Brad works on the guest list for what he calls the coolest birthday party in the bay area: his own. He hasn't quite finished, though, so he adds a few more names, then has the computer pull up all known information on a potential guest, Marty Buttwinick. A search reveals that Marty has no ties to the chess, science, math or French clubs; geek free, according to Brad, and ready to invite. Yet, the computer only gives his popularity rating a 98%. Brad doesn't understand this part. Why only 98%? The computer states that Marty's last name, Buttwinick, is comical and advises Brad to withhold any invite to him. Brad agrees and the list is done. 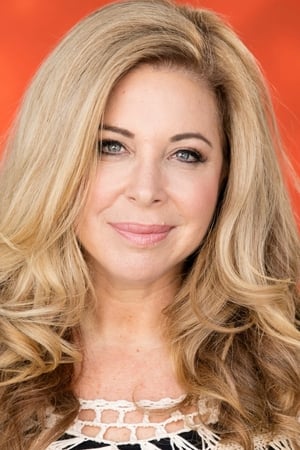 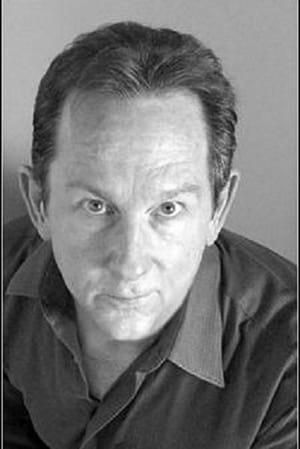