Food and Drink is a long-running British television series on BBC Two. First broadcast between 1982 and 2002, it was the first national television programme in the UK to cover the subject of food and drink without cookery and recipe demonstrations. Created in 1982 by BBC producer Henry Murray from an original idea by Jancis Robinson, Fay Maschler and Paul Levy, the first series was presented by Simon Bates and Gillian Miles, and introduced Jilly Goolden in her first regular television appearances as the programme's wine expert. Russell Harty presented filmed location reports from exceptional restaurants around Britain. This series featured the innovative idea of a small contributing audience of 20 people who were called "tasters and testers". The first series broadcast in the summer months but was instantly successful, drawing an average audience of 1.5 million a week, a high rating for BBC Two in the summer in the 80s. Later series were presented by Chris Kelly and chef Michael Barry with wine experts Jilly Goolden and Oz Clarke. A spin-off panel game, Food and Drink Summer Quiz, aired during the main show's summer break in 1987. The theme music was by Simon May. Food and Drink returned to BBC Two on 4 February 2013 co-hosted by Michel Roux Jr and Kate Goodman. 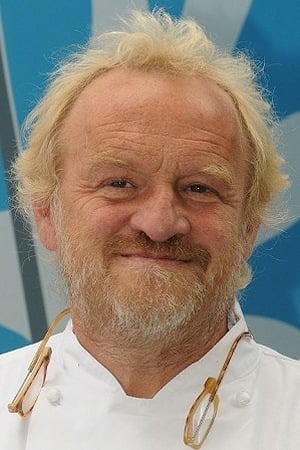