Jeremy is sent to Philadelphia on an emergency mission to intercept a spy and the document he's carrying before he can be betrayed by a double agent. Unknown to Jeremy, however, the spy he is assigned to protect is the double agent.

Separated as children and sold to different masters, Isak is reunited with his brother, Pompey. The reunion is not a happy one, however, for Pompey has been promised freedom by the British if he will serve their cause. Captured by Lafayette's men and sentenced to be shot as a spy, Isak goes against his commanding officer and frees his brother.

The Yankee Doodle society takes in three newcomers, unaware that one of them is a spy planted among them by the British in an effort to learn the identity of the rebel leader. After a mission goes awry, it becomes obvious that one of their recruits has tipped off the enemy of their plans. Unfortunately, they don't have time to route out the infiltrator before the next mission.

Disgusted with the pace of the war and the lack of enthusiasm by some of the Chester residents, Henry's cousin Edward turns to terrorist activities. When Henry is arrested in his place and sentenced to hang, Jeremy, Isak, and Lafayette organize a rescue.

A Boston composer is harassed by the British soldiers because his songs are performed by American troops.

When Jeremy, Henry, and Isak intercept a requisition for arms, ammunitions, and provisions, a plan is devised to seize the wagons and their cargo and redirect them to General Lafayette's troops. The plan goes well until an attempt to block pursuit goes awry, and the subsequent explosion traps the three rebels and Elizabeth inside an abandoned mine with four British soldiers.

John Marshall comes to Chester to recruit young men for the war effort, and encourages Jeremy, Henry and Isak to meet with him and others in the community who are interested in fighting for independence. Committed to their own secret operations, they decline his invitation to join his troops, citing neutrality. When a friend is killed by redcoats on his way home from the meeting, young Tad, accuses Jeremy of betraying him to the British, and plots to assassinate him to avenge his brother.

Sent to Chester to apprehend Captain Yankee Doodle, Major Zanker takes ten hostages from the township, including Jeremy, Elizabeth, and her uncle John Coates. Unless someone comes forward with the identity of Yankee Doodle, the hostages will be executed the following morning. With the British unaware that they have Yankee Doodle among their hostages, Jeremy is placed in a precarious situation: Whether to reveal is identity, or wait for a possible rescue.

When a Tory from Chester sneaks into Lafayette's tent and steals military documents, Jeremy and Isak give chase. The Tory is injured during a fall from his horse, and is taken back to Lafayette's camp, where he later dies. Finding a letter of introdution to a nearby British commandant, Jeremy decides to pose as the spy, Ben Todd, in order to get inside British headquarters and obtain useful information for the rebels. Unfortunately, Todd's embittered wife shows up and declares that Jeremy is an imposter.

Entrusted to deliver highly sensitive documents directly to Commanding General Washington, Jeremy and Elizabeth pose as a married couple delivering supplies to the troops at Valley Forge. To help guard the documents, they are accompanied by Henry and Isak. While reroute, they learn that the British have deployed ten specially trained killers to assassinate Washington, and that one of them may be one of the travelers they picked up along the road, in which case they will be delivering him directly to his target.

Jeremy, Henry, and Isak are sent to New York to assist Patriot spy Nathan Hale. When Hale is betrayed by his cousin and arrested, they try to devise a plan to save him.

A successful mission turns deadly when Isak is wounded. On foot and far from help, Jeremy is forced to enter the British encampment and kidnap their physician, who is the brother of the regimental commander. The physician is at first uncooperative and seizes every opportunity to turn the tables on his captors, but a chance encounter with the survivors of a British massacre upon a civilian family forces him to see his brother in a different light and ultimately compels him to make a life and death decision.

Irritated with the daily ringing of the Liberty Bell in Philadelphia as a show of defiance against the English occupation, the British decide to remove the bell and melt it down. Receiving word of this, the young rebels devise a plan to intercept the bell and take it into hiding.

Following the devastating loss at the battle of Brandywine, three young patriots anonymously assist the American retreat by helping to prevent pursuit by the British, and also aid the wounded General Lafayette, who has been separated from his troops. During the battle, the British had captured 18 guns of the line, effectively crippling the American forces, but with Lafayette's help, the rebels devise a plan to retrieve the cannon and return them to the rebel troops. 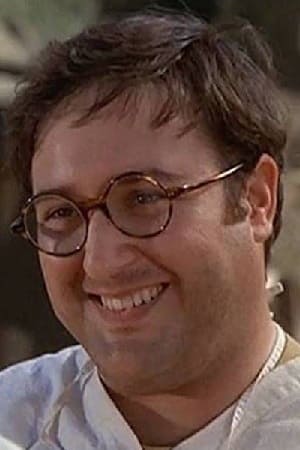