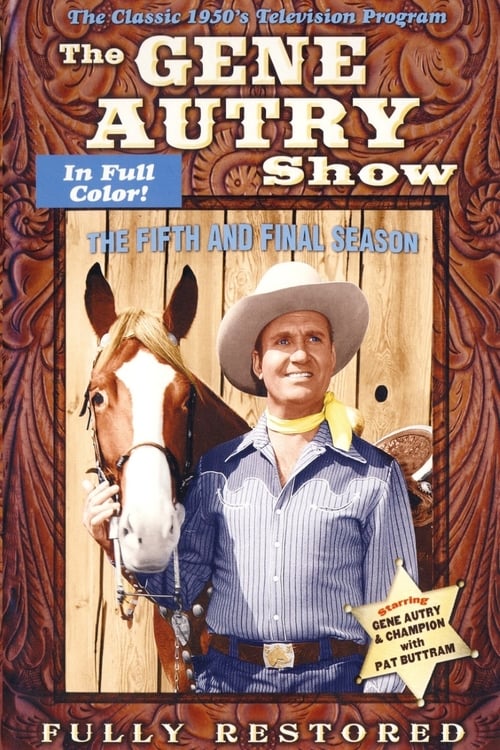 Gene is the foremen of the Jingle Bell ranch that was recently inherited by Torrey Palmer, who is wanting to turn a profit using modern methods of selling livestock. Seeing how Champion is Gene's horse, she decides to sell Little Champ to the highest bidder. Gene doesn't want to separate the two relative horses, he decides to scare Torrey away by spooking the place up a bit, and making her believe the ranch is haunted. She catches them in the act, and Gene and the hired hands are fired. After Gene leaves, Torrey is caught in a burning stable and rescue because of Champion's love for Little Champ. In the end, Gene and the hands are back, and Torrey decides to do things Gene's way.

Pat enters a chariot race at a local fair that's in town. Confident that Pat will win, Gene places a bet, using the budget of an old school that's funding for a new building. There's dirty playing as the champion chariotist sabatoges Pat's chariot. This doesn't go unnoticed by Gene, and insists that Pat trade chariots. Pat wins the race, and the school is on it's way to having a new building.

Gene and Pat save a runaway wagon only to find it empty. Gene finds the driver, who says his only passenger, Driscoll is missing. Gene finds him at the sheriff's office, when Gene learns Driscoll is working undercover for a Colorado mining company. Pat follows him and his men to a mine, where he is trapped inside a cave. Gene finds Pat's horse, and follows it to the mine. The owner of the general store admits to being the missing mining engineer, and lights a stick of dynamite to free Pat. Pat is saved by the cave being blown open, and the store owner is proven innocent. Gene and Pat track down Driscoll and his men, and bring them in.

A young master violinist named Reginald Redaldo tours the west with his father. Reginald is here to perform, but would have some fun for a change. So Gene takes him to the Flying A Ranch, where crooks get interest in his stardivarius. Luckily, they end up with Pat's cheap look-alike. Reginald's father is disapointed in him, but is thankful he's safe.

Gene and Pat are on their way home from Mexico, when they find a preacher giving his sermon from the back of a wagon. He was driven out of the lawless town of Scorpion, while he is trying to raise enough money for a new church building. Gene and Pat help out with a hatful of silver pesos, and camp out for the night. Chief gambler, Jaycee Cady sends out his henchmen to beat up the parson and Gene. With parson's daughter, Esther, to identify the outlaws, Gene and Pat rude into Scorpion to recover the stolen money. When the money is recovered, Gene and Jaycee are sent to jail. During a fake trial, Jayccee makes a jailbreak. Pat frees Gene, and they find the outlaws hiding in a shack outside of town. Gene brings them in, and brings law to Scorpion.

Counterfeiting is going on in Red Canyon, and deposits the fphony bills in the local bank. Whenever customers make a withdrawl, they are handed phony bills. The hotel owner, George Elhart is the ringleader, and convinces people who have been robbed on a stage that the bank is the best place to hide the bills. To break up this counterfeiting ring, Gene and Pat pretend to break up their friendship, and become enemies. George tries to get rid of Gene, but fails. Finally, he hired Pat to dispose of Gene. Faking a murder, Pat and Gene make plans to capture George. George has unwittingly exposed himself, and goes to hide him and his men in the hills, where Gene and Pat are ready to bring them in.

Gene and Fernando, a Mexican patrol captain, learn that Gregorio, an Apache renegade is starting a revolution below the Mexican border, when guns are being smuggled to Arizona. Fernando is to trap Gregorio, while Gene is to put an American who is involved with the smuggling on trial. Pat is hired to transport a bell to San Angelo, not knowing his wagon is carrying an illegal shipment of guns. Gene finds Gregorio, and begins to chase, but has to stop when the renegade crosses over the Mexican border. Fernando allows Gene to unofficially cross the border to capture Gregorio. Gene then discovers the guns hidden in Pat's wagon, and sets out to trap Gregorio. Gene and Fernando both cross the border, and together are able to capture the gun smuggling Apache.

Pat sends out letters claiming Gene is looking for a new spouse. Two women ride into town wanting Gene as their husbands. The problem is, they're both already married. One is a lady who comes from the east Mary Gridley, who's out inspecting the west, while the other is an Indian, Little Mountain, who decides she'd rather have Pat than Gene. Gene orders Pat to straighten this situation out, or else.

Gene and Pat reminise about the time they helped an old Indian friend, White Cloud. White Cloud had a dispute with the town because a painter who had painted a portrait of him, and accused his son, Running Deer of robbery. Gene knows this isn't true, so he and Pat bail him out. Running Deer returns to the tribe, and Pat misses the fishing season.

Gene is in charge of escorting a stage to San Dimas, because all the other runs have been cancelled because of an Apache uprising. The stage holds Captain Randy Jones, and a entertainer named Della Dix, who is carring a fortune in her jewelry. The other passengers are Cliff Barton (her body guard), and Pat, who is heading to recover his stolen mule, Mike. Along the way, they are ambushed by a band of Apaches, and two masked outlaws, who run off with Diamond Della's jewelry. Gene chases after the outlaws, learning that Cliff hired them, but double-crossed them with fake jewelry, while he got away with the real jewelry. Gene tracks him down, and brings him in, Captain Jones stops the Indian war, Diamond Della, is back on stage, and Pat is reunited with his noble steed.

Big Jim Weston is now in jail, after causing trouble for Gene's Flying-A-Ranch Home of Gene Autry's Rangers. Big Jim has a letter sent to his only daughter Gerry Wentworth. She becomes a new tenant at Flying A, and Gene promises to start a Rangerette troop. Gene, Pat, and the sheriff are attacked to keep them preoccupied during a prisonbreak. Stan Richter and his lawyer Martin Pickett plan another sabotage on Gene's ranch. This time, they set the barn on fire by a bow and arrow, and place the blame on Pat, when they bury his corncob pipe as evidence. Gene and Champion save the animals from the barn, while Gerry sees a man sneeking into the school, and takes him down. The man tells Gene about Stan and Martin's plan, and Gene goes out to put a stop to it. Gene hides Gerry in the jailhouse for safety, where she meets her father, Big Jim, and unwittingly frees him. After a gunfight, Gene and Pat round up the outlaws, and send them away for good. Big Jim is satsified with the though that hi

Gene's new Flying-A-Ranch for wayward boys is off to a great start. Gene decides to give Big Jim Weston, a jailed convict and son of former rancher Mamie Weston, a second chance as a hand on tat the Flying-A. On the way to the ranch, Big Jim bumps into one of the boys, Pedro Gonzales, who immediately recognizes the outlaws as the one who killed his parents. Big Jim of course denies, when all of the sudden, a stage is held up by Stan Richter and the Weston Gang. Stan's plan to to sabotage the Flying A so it will go to Big Jim. Pedro tells Gene about the hold up, and Gene rides after Big Jim, who has been hit over the head by Stan Richter to create suspicion. Meanwhile, things are going smoothly at the Flying A with Gene training Champion and Little Champ for the boys. Gene also teaches a lesson about how to be an American, after Lefty bullies Pedro. Afterwards, the school goes on a field trip. Big Jim tries to destroy the outing by rolling boulders down a hill onto the campsite, one of

In the season 5 premiere, and part 1 of a trilogy, Gene and Pat ride over to the Flying W ranch. Gene is to turn the rnach into a home for wayward boys. Gene is fully in charge, but if one little thing goes wrong, the ranch goes to Big Jim, who the leader of the Weston Gang. Miss Abby Pickett is the new teacher for the school, and Gene, Pat, and the Cass County Boys transfer the boys to the new Flying-A-Ranch Home of Gene Autry's Rangers. Gene finds himself having trouble dealing with a tough city kids named Legan, who goes by ""Lefty"". Gene lets Lefty ride Little Champ, only to find one of the ranchhands had put a cactus pad under Little Champ's saddle. Gene sees a brand initials ""SR"" on Lefty's baseball bat, and figures out that its Stan Richter (one of the ranchhands) is behind the whole situation. With Lefty's help, Gene brings Stan and his gang in, and the Flying-A-Ranch is off the a great start, 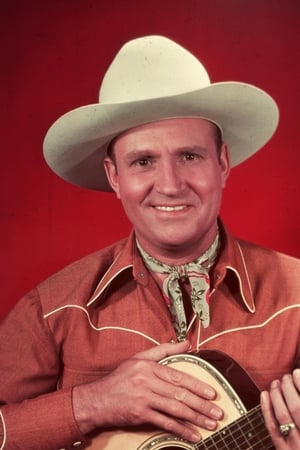 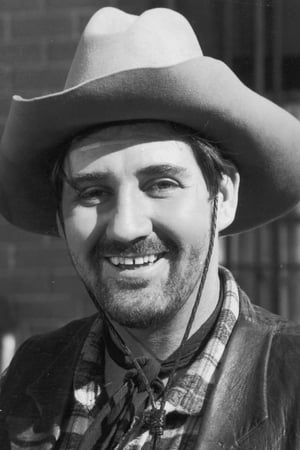 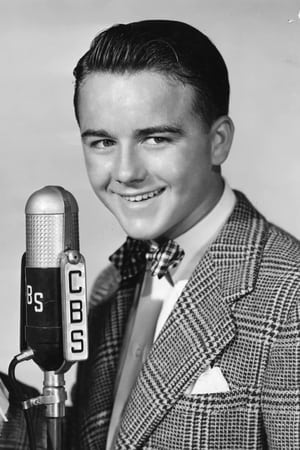