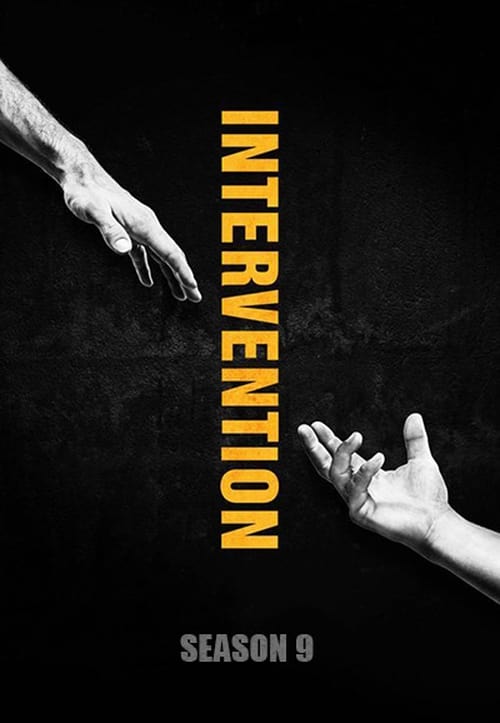 When Jason's mother and stepfather had twins, Jason felt abandoned. He dropped out of school and turned to drugs. Now he lives with his grandmother in a retirement community and takes up to 30 mg of Xanax and shoots heroin up to five times a day. After an overdose, Jason had multiple hospitalizations and four grand mal seizures. Worn out from the drama, his family is frustrated with their inability to get Jason to stop using drugs and into treatment. A chef for 15 years, Ryan dreams of running a kitchen in a four-star restaurant. But alcoholism stands in his way. Ryan always felt like the black sheep of the family compared to his successful, police officer brother. His mother supplies him with alcohol so that he doesn't go into withdrawal. But now the family feels that "it's not if we lose him, but when."

John is a flight attendant who loves his job, but his lifestyle is fueling his alcoholism. When he was a boy, John's parents focused their attention on his "profoundly retarded" brother. His mother blamed herself for the disability and turned her anger towards John. Now John's alcoholism leaves him prone to blackouts and frequent serious injuries, but he denies that anything is wrong. Growing up with an abusive mother, Dionicio turned to crime and drugs as a teen. He became a father, but couldn't handle the pressure of providing for a family. Now he spends his time panhandling and shooting heroin.

Though he grew up in a close-knit family, Joe has felt lonely and isolated all his life. As a child, he was excluded by his peers and didn't get the affection and acceptance he needed from his father. At age eight, Joe learned "the choking game," in which a person uses his hands to cut off the oxygen supply to his brain to get high. Joe loved the sensation, and secretly choked himself regularly throughout childhood as a way of dealing with his pain. In high school, Joe discovered drugs and alcohol; he began using heroin at 18 and has been addicted for the past six years. Now, living in a motel, he often steals to support his addiction, and he has been arrested and jailed several times for drug possession and theft. He has gone through treatment programs before but has always relapsed soon afterward.

Once a Hollywood success story, Lorna is now a crack addict. She danced on Soul Train and for the "Ike and Tina Turner Revue" in Las Vegas, then landed a big job at A&M records. But the music industry party scene led to drug addiction, and she even abandoned her three children. Lorna needs to get clean and make amends with her kids before it's too late.

Amber was abused as a child. She began binge eating and became bulimic because she wanted to be popular and beautiful like her older sister. However, Amber got married and had a baby. Everything looks great from the outside, but the she's actually depressed. She drinks heavily and engages in purging. Her family hopes to get her treatment so she can care for her family again.

Andrew was smart, likable and athletic, but now he's just skinny and unregulated. Andrew is addicted to OxyContin, a prescription pain medication and will do anything to get a new supply of drugs. His stealing and constant begging, along with a father that gives in, leaves Andrew's other two brothers going without food sometimes. Andrew's father is in need of help in stopping Andrew before it's too late. Originally started in Season 8. Production code #117 (season 8, episode 17) but the follow-ups required it to air in season 9.

A charismatic reverend at a wedding chapel, Miriam, 38, is adored by her clients, but suffers inner torment. Sexually abused as a child by someone she trusted, Miriam turned to drugs at a young age, and now she's addicted to P.C.P. Her family has practically given up on her, and she risks losing her daughter's love. Can Miriam's desperate family convince her to get on the plane to treatment?

Adam was once one of the top skiers in the United States. As a Marine, he served in 15 countries, including Iraq and Afghanistan on terrorist-related missions. But when he came back home from overseas, he was diagnosed with post-traumatic stress disorder and started drinking. His alcohol abuse is ruining his body.

Every day, Donna, 47, and her son, Josh, 20, cause a storm of drinking, fighting, and chaos in the overcrowded home they share with Donna's sister, mother, and a stable-full of dogs and cats. Raised by alcoholic parents, Donna was exposed to violence and abuse at an early age, and later drank so heavily that she lost custody of her two children. Josh, now an adult, has moved back in with Donna, and they have become drinking buddies. Both mother and son need help desperately to save themselves and to stop the cycle of alcoholism from being passed down to another generation of their family.