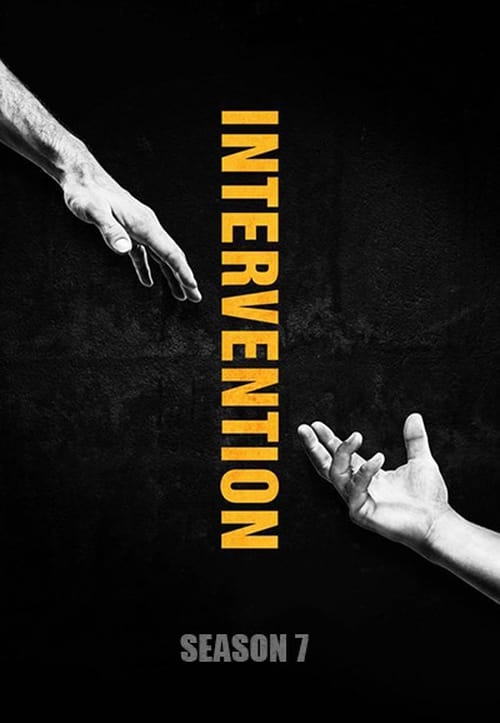 The Illegal cultivation of marijuana in Humboldt County, Cal., is examined. Included: law-enforcement officials are observed as they search for illegal activity and suspected growers.

Profiling "sober companions" who help former addicts, who are in rehab and living on their own, to help prevent a relapse.

Gabe and Allison return to tell their stories after they both faced interventions and treatment. Gabe used heroin to deal with the deep emotional scars caused by his adoption. Will Gabe ever be able to accept his family's love and support? Meanwhile, Allison, who was addicted to inhalants, visits home for the first time to try to make amends to the people she hurt.

This special looks at the gut-wrenching but hopeful stories of three Iraq veterans and their struggles with addiction caused by combat stress. Leia's flashbacks to the terrifying things she saw in Iraq caused her to drink until she connected with a support group of fellow veterans. Paul saw some of the heaviest fighting of the war and turned to alcohol and cocaine when he returned home, but a detox program is helping him to cope and move on. And after Matt was discharged, he had vivid nightmares about being shot or burning, and he started drinking to calm himself down.

Everyone believed Marci lived a perfect life. Her mother would go off to work and leave her alone with an abusive, alcoholic father. As she endured the abuse, mom turned her head and ignored it. Marci turned to drugs and alcohol too. Her marriage would fail and she lost the children. Yet her mother still believes she has no problems. Can an intervention help Marci and her mother to stop their dangerous behavior before it's too late?

Gloria, 53, is proud of being a good cook and an independent, fun-loving woman. She uses her cooking and charm as a means of getting her family to allow her to drink as much as she wants. Gloria found difficulty in raising her kids, especially with having an abusive husband. Gloria discovered she had breast cancer and underwent chemotherapy and radiation at he age of 42, but kept on drinking. Now she drinks and drives, misses work, and spends all her money on alcohol.

Sebastian and Marcel are brothers, ages 21 and 20, who were soccer stars at a young age. Sebastian was cool and rebellious, he hung out with older teammates and started doing marijuana, cocaine and meth. Meanwhile, Marcel started using cocaine, Xanax and OxyContin, and would also sell drugs. Their older brother is mad, their mom feels betrayed, and their father is ready to give up his wife, oldest son and his own life in order to save them.

As a boy, Joey was subjected to his parents' divorce and subsequent remarriages. Both parents were focused primarily on their new marriages and starting new families and often neglected Joey's emotional needs. Joey entered his teens feeling rejected and abandoned by his parents, and began experimenting with marijuana and other drugs. At 19 he broke into his mother's house and stole her credit cards to finance his burgeoning heroin habit. His mother pressed charges and Joey spent a year in prison. Upon his release he entered treatment, began a successful career as a tattoo artist, met his girlfriend (also in recovery) and fathered a little girl (Lyla). Fatherhood proved to be too much pressure on Joey, however, and he relapsed. Now, Joey is seriously addicted to heroin, spending over $200 per day on the drug, is estranged from his father and has a dysfunctional relationship with his mother, and is in danger of losing his family, his home and his life to his addiction. Joey's family hopes an intervention can help him accept treatment, repair his relationship with his family and learn how to be a proper father to his little girl.

The episode features Chad Gerlach, clean nearly a year, in training for his first competitive cycling race (in Italy) since undergoing treatment. He has signed on with a cycling team consisting of and sponsored by recovering addicts. His relationship with his girlfriend, pregnant with their first child, is also featured. Sobriety and impending fatherhood have caused Chad to mature significantly as a person. Chad performs poorly in the race, but has recovered and matured enough to realize it's just an early step in his road to recovery. The other half of the episode features Brooke, still struggling with abuse of prescription medications. She returned from treatment to her hometown and family and appeared to be well on the road to recovery before suffering a relapse. Eventually she is put on a different regimen of medications for her rheumatoid arthritis and undergoes knee replacement surgery, which greatly improves her mobility and obviates the need for addictive prescription medications.

Although she has two loving children and an adoring husband, Danielle is dangerously addicted to Percocet. As a teen, Danielle felt neglected by her alcoholic father and began cutting herself. Now she spends each day hiding behind closed curtains, ignoring her children, and self-medicating with up to 40 Percocet a day. An intervention is the last chance Danielle's children have to get their mother back.

Forty-two year old Bret grew up as a "golden boy", playing sports. He married his high school sweetheart, Amaya, and they had two children, Kelsey and Kyle. Bret was a real estate agent. He and Amaya divorced after he began drinking heavily. He had an intervention before; this time, he strongly resisted and angrily left and walked back to his house. His family broke into his condo to take his shotgun after worrying he may use it on himself. He agreed to treatment after his family threatened to make him take a psychiatric evaluation. Bret went to the Hope by the Sea treatment center in California. Eighty days into treatment, Bret was diagnosed with advanced esophageal cancer. He died three weeks later on June 19, 2009. He was sober for 104 days.

When she was young, Nikki's mother and grandmother worked hard to give her a good life. Nikki excelled in school, but she was devastated when her grandmother died. She began hanging out with a rebellious crowd, skipping school, and using crack. Nikki eventually had two daughters, but has remained addicted to drugs. Her daughters desperately want to have a relationship with Nikki, and know that an intervention is their only hope of saving their mother's life.

Jason grew up in a seemingly perfect upper-middle class family in Littleton, Col., but he struggled to gain his father's approval. When Jason failed to make the baseball team his freshman year, Jason and his father were devastated. Jason began rollerblading and excelled, but he quit because his father disapproved of the sport. Jason turned to drugs and by his senior year he was an addict. A year later, the Columbine High School shooters named Jason one of the bullies they retaliated against. Overcome with guilt and grief for his dead classmates, (He felt that it was his fault that the massacre happened.) Jason's addiction escalated. Now Jason lives on the streets of Denver, and his family is in pieces.

When he was five, Donald's parents divorced. He longed for a strong father figure, but his father had very little contact with him. Donald became a gifted boxer, but ultimately chose drugs over his career. He joined a violent gang and turned to stealing to support his crack habit. Donald's girlfriend just had a baby and Donald has a second chance to be a good father, but his crack use is spiraling out of control.

An interesting case of twins, with hard working immigrant parents, wasting away from anorexia. It appears a "competitive" spirit fuels the sisters to strive in burning more calories and taking in less food. Their family is extremely worried and hope that an intervention can help save them both.

A firefighter who saved lives, Jeff kept reliving the horrible events he had seen. He started to drink and now the problem has escalated - to the point of being hospitalized for seizures. His family had cut off their ties but come together to try and save him.

Abandoned in Calcutta and later adopted, Gabe has had to deal with the difficulties of being adopted and part of an ethnic minority. He rebelled and started using drugs, which later escalated to cocaine. After being awarded money in a car accident, it was all used to buy drugs. His family hopes an intervention will save his life.