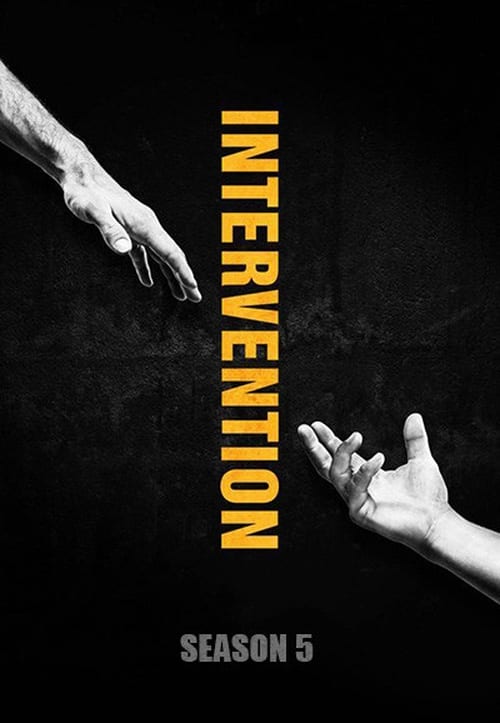 In the third episode of the in-depth focus, the documentary team travel to Boston, where parents are confronted with a common problem: kids using heroin. They talk to some of the users and follow some through a group therapy session. See how the courts got involved as well to get mandatory treatments. See how members of the community are dealing with and trying to change the problem. Donnie Walhberg narrates

Medicine cabinets are fuller than ever today. In one port town on Florida's west coast, pharmaceutical drug abuse and its often fatal consequences are sharply on the rise, particularly among teenagers and other young people. This year, deaths from pharmaceutical drug overdoses in the area are on pace to exceed accidental deaths from car accidents. Legal drugs account for three times as many overdoses as illegal drugs - an alarming finding. Pain clinics prescribe opioids like aspirin. Meet several people whose lives have been taken over by abuse of deadly and addictive drugs, all of which are perfectly legal. We'll also meet a group of community members and experts who are taking to the streets and airwaves in the hopes of stopping this silent epidemic once and for all.

Ed, 53, and Bettina, 49, had a picture-perfect life, including three adoring kids, a dream home, sports cars, motorcycles, and a respected place in their church community. But six years ago, Ed made a bad career move and ended up unemployed. He and Bettina lost everything they had worked for. They began to drink, and quickly became alcoholics. Ed has been hospitalized for internal bleeding, and Bettina for withdrawals so excruciating she thought she was dying. Their children have begged them to stop drinking but they need an intervention now to help their parents.

When Kristen was 3, her parents divorced and soon after her grandparents died, and Kristen somehow felt responsible. Then Kristen's mother married an alcoholic and addict, whose daughter introduced Kristen to drugs. By 15, Kristen was getting high. Currently, Kristen shoots heroin and cocaine, and then stays with her parents to recover. Ridden with guilt, Kristen's mother is desperate to save her only daughter's life.

An episode of Intervention where former addicts come together for a candid discussion on what has changed since their time on the show. Have they gotten their lives back on tract? How are their relationships? Those participating include Sylvia (Season 2. Ep#32), Michelle (Season 2, Ep#17), Hubert (Season 3, Ep#41), Dillon (Season 3, Ep#40), and Coley (Season 3, Ep#46). Also interviewed the regular interventionists: Jeff, Candy, and Ken. The special is hosted by Chris Lawford.

Once a police officer until injured, Mike now 67, used to catch addicts and drug dealers. Now, Mike's OCD signs are emerging, with his obsessions about germs forcing him to wash his hands over 40 times a day. The obsessions of germs is so bad, that Mike starves thinking his food is spoiled. Jenny, 32, was treated for endometriosis which crushed her dreams of having a family. She turned to prescription drugs but her addiction escalated to heroin and methamphetamines. Jenny has overdosed several times already. Can her family stop enabling her drug use and get her the help she needs?

Phillip, 44, is an established singer and writer but has had an unstable childhood full of pain. He numbs that pain with alcohol but has lost his career and his family. Can he break this cycle of recklessness and restore his lost relationships, especially the one with his daughter?

A disturbing look into one small town in northern Alabama where many are struggling with addiction to methamphetamines and other drugs. People offer their stories including Chuck, a father who may lose custody of his children; Boo, who has become aged horribly due to long-time drug use; Shanta, who used the drug while pregnant. Dr. Holley explains her interest in helping the entire town rid the addiction. A special, first-of-its-kind episode of Intervention you can't miss.

Trauma from childhood caused Allison to quit her aspirations of becoming a doctor halfway through her pre-medical program at college. Allison's parents also got divorced and she started to inhale a compressed gas used as a computer dust remover. The mixture of chemicals is potentially fatal with every use, however, Allison uses up to 10 cans per day. Can Jeff turn Allison's life around?

Derek became depressed in his thirties and started to drink to cope with his troubles and responsibilities. Now, Derek has lost his wife and he laments this and continues to drink to drown this loss. Derek's family is worried because he has tried to commit suicide. They feel an intervention is their last hope to help Derek.

Teasing caused Asa to be insecure about his weight, ethnicity, and sexuality. He became bulimic and started using drugs and alcohol to deal with harsh realities. Asa is a medical science student and knows all about how his addictions are affecting his body, but he is unable to stop on his own. Can his family come together to get him the help he needs?

Growing up in a South Boston neighborhood run by the Irish mob, Tom got caught up in the gangster lifestyle. By his 20s, he was dealing drugs and running with the wise guys while holding down his day job as a fireman at the Boston Fire Department. Throughout it all, Tom remained a dedicated and loving father to his four children. Eventually, Tom's other life caught up with him after being indicted on drug charges. He lost everything – his house, his job and his family's respect.

A Sophia Loren look-alike, Marie was born into an Italian mob family. When her parents' marriage ended, Marie and her mother struggled with extreme poverty. Marie's three marriages ended in divorce, but she was still determined to give her children what she didn't have growing up. Despite her own unhappy love life, she became a highly successful matchmaker and well-known socialite. She even appeared on shows like 60 Minutes. Then Marie met her fourth husband, Bora, an addict and alcoholic. Marie tried to clean him up, but developed her own addiction to alcohol. Bora's alcoholism killed him and now Marie is headed down the same road – fast. Marie's family knows an intervention is her last hope.

A talented motocross rider, Charles, 23, is still dealing with terrible childhood memories. When he was seven, his father went to jail for molesting him and his younger brother and his mother became an alcoholic. Today, he uses heroin and alcohol to blot out his memories, but he's pushed most of his family away. Now, his half-sister, Lindsey, is reuniting the family in one last attempt to help Charles with an intervention.

She sits in her garage every day, popping painkillers, anti-depressants, anti-psychotics and sleeping pills. Sandra's pill use is so bad that her two sons, 17 and 11, have left the house. Her best friend, Julie, moved in with her and although Julie suffers from multiple sclerosis, she takes care of all the housework. Julie and Sandra's husband, Dan, ration Sandra's pills so she doesn't overdose. They know they're enabling her, but they're afraid of what will happen if they stop. Sandra's family is ready to try an intervention, but they're not sure she'll ever choose her family over her addiction.

To the outside world, the life of 40-year-old Dan may seem ideal. Dan is married to a supportive wife, Sarah and has a beautiful daughter, Ava. He loves music and works as a first mate for a snorkeling and whale-watching boat company on a stunning Hawaiian island. But everything is not what it seems: Dan is an alcoholic. An adolescence filled with physical violence and verbal abuse left Dan with deep emotional pain and the loss of his son Miles after only a few days of life only intensified the pain. Dan's family desperately hopes that an intervention will turn his life around.

After a troubled childhood that sent him to juvenile hall for felony arson, Chad's father introduced him to cycling at age 15. Chad went pro and cycled on the same team as Lance Armstrong. But after getting kicked off the team for "personality conflicts," Chad was crushed and turned to drugs. Now homeless, Chad spends his days panhandling, smoking crack, and drinking. His family's many efforts to get him off the streets have failed. Their last hope is an intervention.