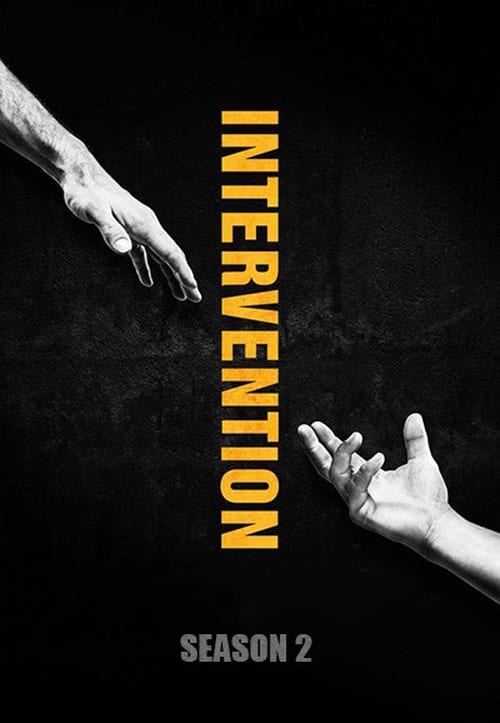 Lauren seemed to be on exactly the right track in life. In high school she was a cheerleader, a dancer, a swimmer and a fabulous student. After graduating college, she became a high school health and gym teacher and was highly admired by the students. All of this was a smokescreen however for her fast growing problem - her addiction to heroin. This three year problem has cost Lauren her job and her apartment. She has resorted to living with her mother and is plagued by mood swings. Her family feels that their only hope for Lauren lies in an intervention.

Jessie, a 21 year old college student studying medicine and hopes of working in medical field, has been bulimic for 3 years. She eats everything and anything she can get, and purges up to 3 times a day. She was forced to leave college, and was kicked out of her sorority for eating everyones share of food. Then she was kicked out of her parent's house because they couldn't afford to feed her anymore. Now she works as a hostess by day, and secretly is a stripper by night to support her disorder. Laurie, a mother of 3, is addicted to pain killers. She takes a variety of pills daily, up to 10 a day. Now her children live with her parents because they were taken away from Laurie. Both girls families' have interventions to save there lives, and both agree to the terms.

Once a socialite, high school cheerleader, regular actress on All My Children and The Doctors, and was a once very successful interior decorator. Now Sylvia, working as a retailer, has been an alcoholic for 5 years. She drinks up to 15 mini bottles of vodka a day, visits the bar on her lunch break, goes to work drunk, and drives home drunk. Her children were taken away from her and now live with her ex-husband. Her mother oftens comes to her house, and searches for Sylvia's stash and throws anything she can find in the garbage. Everyone can see Sylvia's problem is getting worse day by day, and an intervention may be Sylvia's only chance to save herself.

Cristy had a bright career in front of her as a clothing designer until she got hooked on crystal meth and alcohol at age 13. She gets her money for drugs by stripping in a local bar. Her family has been trying to help for a very long time. Cristy's dad has seen her deteriorate right up to this lowest point. She is on the verge of a psychotic state and has already been diagnosed with a psychological disorder.

Betsy went through a devastating time when her marriage fell apart. She began drinking heavily to help the pain. Her family is trying to help her with no results. They finally give her an ultimatum. She either quits drinking or she will lose all of their support and she would be on her own.

Tim has a major problem...crack. Before the drugs, he was headed on the right path. He was a successful producer and musician with a bright future. He let crack run his life and he almost lost everything.

Mike's past of being a high achiever left him behind when he began speed balling, mixing herion with cocaine. He's lost everything and an intervention is his only option to potentially put his life back together again. James was also a smart person, a student with straight As until he started to take meth to try and deal with his mother's near fatal illness. His mother has contacted Intervention to try and save her son.

Tammi is a 45 year old woman hooked on alcohol despite her middle class upbringing. Her family paid for everything from golf lessons to tennis lessons. Daniel is a man who got addicted to meth after trying it out as a result of his emotional difficulties surrounding his molestation. Interventions are the only hopes for these two adults now.

Remember Antwahn and Rachel? See how they're doing on this follow up episode.

John is a man who is highly addicted to crack and alcohol. He turned to drugs at 13 when he lost his mother. His family is now staging in Intervention to try and save him.

Gina is the fun-loving girl who thirsts for life and is ambitious, but who struggles with an addiction to drugs. Andrea is a 30 year old promising single mother who is addicted to the party scene. She's a brilliant mother by day, a alcoholic and a drug addict by night. This is her chance to turn her life around with an intervention.

Chuckie is 28, the son of a famous musician and was born in the 70s, the decade of rock 'n' roll. He was surrounded by musicians all his life and grew up as a priveleged kid. He aspired to be an athlete or a singer. Drugs got in the way of his dreams though. He was born addicted to heroin, the third generation addict. Drugs have taken over his life and he is the last family member not to get clean. It's time for him to step up and accept his intervention.

Annie is both anorexic and bulimic. She is engaged to a man, Kevin, who desperately wants an Intervention for her before her eating disorders kill her. Amy turned to drugs after she was sexually molested at age 16. She tried to deal with the pain with drugs but instead ended up living on park benches with her boyfriend. Amy's mother has reached to Intervention as a last resort. Can interventions save these two young women?

Antwahn and Billy are two men who are about to fall off the edge. Antwahn played basketball professionally for Los Angeles Clippers and in Europe for over a decade, but then a knee injury cut his career short. He began to binge on crack-cocaine and ended up homeless on skid row. Billy is your stereotypical drug user, he searches for any type of fix for his desperate need of drugs, and professes a love for the needle. He's a chronic heroin user, he steals his mother's Xanax and her Avon income, and shoots up cocaine intravenously. It's time for an Intervention for these two men.

This follow-up episode showed life after the intervention for Brooks, Audrey and Cristine. Cristine's life used to be all about alcohol. She would drink at breakfast, on the train to work, and all day long afterwards. Her drinking was destroying her love life, as well as the rest of her families. Cristine is now clean, and has kept that way since her intervention. Brooks was addicted to all drugs ever since he was paralyzed in a ATV accident. Him and his brother Ian would rent hotels and do drugs together. Both got interventions, and both went to treatment. Since their interventions, both were tested positive for pot. Audrey was addicted to heroin. She used to be a star athlete, but after she came out to her parents that she was a lesbian, she has been hooked on the drug. Since her intervention, she has been clean, and back to playing the sports she once loved.

Kristen lost her grandfather, and her parents divorced in the same year. No one ever explained what loss was to her, and that year was the year everything changed. She went from a good student and daughter, to a life of drugs, sex, and defiance in grade 8. She became pregnant when she was 18 to a daughter named Sadie. Now Kristen, 24, lives a life addicted to heroin. She says it only took one try of the addictive drug to be hooked. Now her daughter lives with her father, and Kristen only sees her once a week, under supervision of her Mother. Sadie does not want to ever sleepover at her moms house because she is afraid of her when she is either high on heroin, or getting beat up by her abusive boyfriend. Kristen lost her job as a prostitute during filming of Intervention because they found out about the documentary. Finally Kristen has the intervention, and agrees to go to counselling after a little encouragement from her uncle and daughter. Kristen successfully completed the program.

Salina has had problems for the past eleven years. She has been battling severe bulimia and a shopping addiction. Lately, she has been trying out a new addiction, self-mutiliation which prompts her family to contact the show. Her family is desperately hoping that she will reach out and take the lifeline. Troy had relocated to LA and had a bright future ahead of him until his recreational crystal meth usage blew up into a full addiction. Troy claims to have had hundreds of homosexual encounters whilst high. Troy is now homeless and has no job but survives on selling meth. He says that injecting himself with crystal meth helps him survive on the street. His long time friends contacted Intervention to save him

Heidi is not your typical addict. Instead of drugs or alcohol, Heidi has an obsession with plastic surgery and is a compulsive shopper. Heidi\'s difficult past continues to haunt her through the intervention process. Michelle has also had a difficult past with the death of a parent and sexual abuse. Michelle is currently coping with the use of methamphetamines. This dangerous drug has her family worried that every new day might be Michelle\'s last.

Adam will do anything to get heroin. He regularly engages in stealing, begging, and harassing to the shock of his family. His family is hoping that an intervention will change his deviant ways. Michael is not the typical addict. However, Michael is inflicting terror in his family by using rage as a means of getting what he wants. His violent actions have put the family at risk for abuse. Can an intervention show Michael the destruction he is causing?

Howard is a professional driving instructor to those that need additional skills and training, such as police officiers. But, Howard has a problem. When he\'s not driving, he\'s drinking. Now, Howard\'s liver is failing and he needs to stop or face a complete shut-down of his body. Audrey is a 24 year-old with a heavy addiction to heroin. Audrey has been living on the streets and barely sees her family. Her family is devastated and hopes that an intervention can turn Audrey\'s life around.

Corrine is a dynamic 18 year old student who recently dropped out of college. An academic and athlete, Corrine started using drugs after a sexual abuse incident more than 4 years ago. However, the problem grew worse, and Corrine is now addicted to using a mixture of heroin and methamphetamines. This dangerous mix, in combination with her diabetes medical condition, poses dramatic health problems. Can Corrine's family save her from another trip to the emergency room?