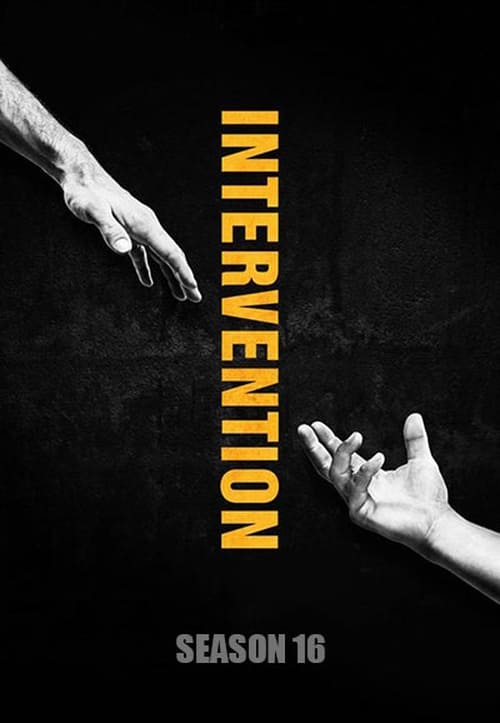 A college student turns to alcohol when coping with survivor's guilt.

A man bullied as a youth battles addiction after turning to drugs to fit in.

A youth full of potential is marginalized at a young age by sexual assault. Following her partner to the big city, she is swallowed by the dangerous world of raving and designer drugs, now left huffing cans of Dust-Off in the aisles of her local hardware store.

A woman abuses heroin and meth due to several traumatic events, including sexual assault and divorce, and her family fear her life is in imminent danger and that her habits have spread to other family members.

Jonel was born into the Blackfeet Indian Tribe in Montana. When she was 9 months pregnant, her boyfriend was tragically killed in a car accident and then she gave birth to their daughter just days after the funeral. Shocked and grief stricken, Jonel began using Suboxone and meth--two drugs that are rampant on the reservation. 14 months ago, Jonel gave birth to her second child who was born addicted to Suboxone. Now at rock bottom, she begs and steals for her next fix. Her family fears that if Jonel doesn't get help soon, she will die, chalked up as just another statistic on a reservation.

Brian had it all. He married his high school sweetheart, had two beautiful children and became the owner/director of his family's successful funeral home in Oklahoma. But while assisting with the recovery of bodies during the Oklahoma City bombings--including those in the building's nursery-- Brian fell apart and turned to alcohol for comfort and never turned back. He's now lost his wife, kids, and career due to his addiction, and his family feels that at the rate he's going, the next funeral will be his own.

A young woman becomes addicted to heroin and Xanax after reconnecting with her biological father.

Daniel is a well-respected Paranormal expert. However, his sensitivity leaves him tormented by those entities needing to cross to the "other side." Daniel is now consuming a gallon of vodka per day to quiet "the voices." That, combined with easy access to pain meds and opiates Daniel takes for his lupus diagnosis, has left him spiraling out of control. His family fears that it's only a matter of time before he is lost inside a world he cannot escape.

Five years ago Robby came out to his wife of twenty-nine years and two sons as transgender, exploding their world and Robby’s own in the process. Already a heavy drinker, Robby’s drinking intensified after coming out. Now, terrified of losing her wife, and being alone for the first time in her life, Robby has become a blackout drunk, downing up to forty ounces of vodka a day. Once a fun-loving partier, Robby has become increasingly violent when drunk. The family fears for Robby’s safety as well as their own. Without an intervention, Robby is in danger of losing her family forever. (Canadian produced.)

Brothers Daniel and Robert were on the road to success. Daniel was headed for a career with the NY Yankees and Robert was an aspiring civil engineer. Injury ended a once bright career for Daniel who slid into using pain pills and then heroin to cope. The constant insecurity of living in his younger brother's shadow lead Robert down the same path. Now the brothers spend their days injecting up to 21 bags of heroin per day--each. It is only a matter of time before this family loses both boys. Jeff Van Vondernen is the Interventionist.

Karissa was always a talented cook--so much so, that her mother had one day hoped to pass the family diner down to her as a legacy. But Karissa's life took a drastic turn when a close family friend fed her Oxycodone, and then ultimately made her a drug courier. From there Karissa was lost. Now, years of self-abuse, self-medication and a severe addiction to heroin have left her volatile and desperate. Her family fears that if she does not heal from her violent past and the childhood she lost, she will never have the future she deserves. Sylvia Parsons is Karissa's Interventionist.

Hailing from a small seaside town in Nova Scotia, Barry, 50, was born into a life of alcoholism and turmoil. The victim of childhood abuse at the hands of a close relative, Barry learned to drink with his alcoholic mother as a boy. Both were seeking a way to kill the pain. A gentle giant when sober, but violent and verbally abusive when spiraling on 40 ounces of vodka a day, Barry has alienated just about everyone in his life, including his father, whom he adores, and his 27-year-old son who has cut off all contact. Living day-to-day in run-down motels and struggling to put together a living between binges, Barry has a chance to reclaim his life, his family, and a relationship with his son who has shut him out of his life.

Digger and Anne are husband and wife--and both are addicted to heroin. Intervening on addicted couples is incredibly difficult; and Digger and Anne's situation is complicated further by other addicts in the family. Their three young children are in danger of losing both parents if the couple does not get help soon.

A successful businesswoman who became a multimillionaire in her 20s, Kacy tragically lost her infant child to SIDS. She then lost her fortune, her marriage and a healthy relationship with her surviving children as she spiraled into binge drinking. Now penniless, she is hospitalized multiple times a month, and her family is desperate to save her life. Candy Finnigan is Kacy's Interventionist.

The daughter of a small business owner, Sierra was an honor student with dreams of college and a career in journalism. But when a double-dealing artist charmed his way into her mother's life, he gambled away their home and the bottom fell out of Sierra's world, leading to a frightening drug-induced psychotic break. Today, the 19-year-old is a feral junkie, scrapping for a fix on the streets of Northern California. Donna Chavous is Sierra's Interventionist.

Musically gifted, intelligent and beautiful, everyone assumed Kaeleen was destined for great things. But what nobody knew was that, from age four to eleven, Kaeleen was methodically sexually abused. Now Kaeleen lives in her own world of mental anguish. To numb the pain, she self-medicates with opiates and alcohol. Her family knows that without help, this girl with so many gifts is destined for an early death. Ken Seeley is Kaeleen's Interventionist.