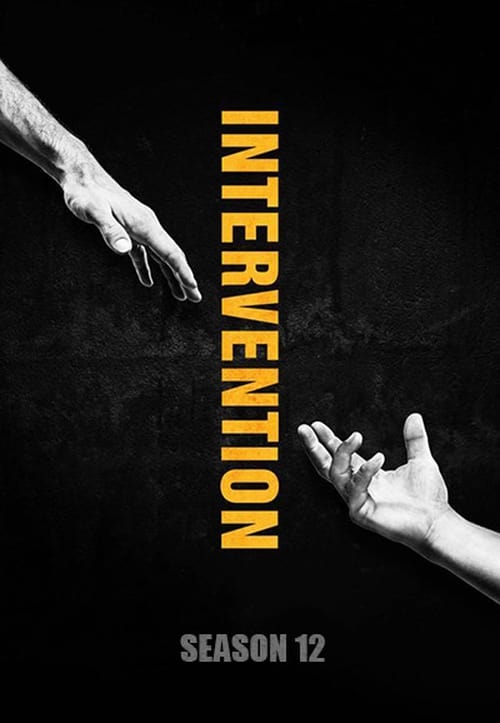 Once a stunning model and devoted mother, Terry binges on vodka every day to escape her mother's taunts and her father's neglect. She ignores her doctor's warning that she will be dead in six months if she doesn't stop drinking. Leon, a 25-year-old Russian-Jewish immigrant and former cello prodigy, smokes PCP to escape from the feelings of disappointment and failure that plague him. Both Terry and Leon have one last chance--an intervention.

As a child, Kaylene was physically abused by her father. Later, she and her mother began using coke together. Now Kaylene is a 21-year-old who oozes sweetness and charm but who is unafraid to die and will stop at nothing to get her next fix. After so many years of neglect, can Kaylene's family finally step up and help her get the live-saving treatment she so desperately needs?

Sean was once a popular DJ and charismatic crowd-pleaser, but now he's rapidly going downhill due to his extreme alcoholism. Sean struggled as a child, growing up in a rough neighborhood with an openly gay father. Today, he spends his days and nights drinking himself to death. He desperately needs an intervention before he loses his family and his life

Nicknamed the "junkie princess" by her drug-abusing friends, Courtney, 20, injects heroin up to eight times a day and prostitutes herself to finance her own and her boyfriend's addiction. But now Courtney's mother, sister, and grandmother are planning an intervention in one last-ditch attempt to convince her to leave her boyfriend and accept treatment.

Now 40, Julie has often turned to food and alcohol to find comfort in tough times. She had gastric bypass surgery when her weight ballooned, but now she spends her son's child support money on beer and 90-proof peppermint schnapps. She has a failing liver and constant blackouts, often waking up in strangers' beds. Julie needs an intervention before she loses her family--and her life.

When Skyler was a kid, his mother pushed him to do modeling and TV work, but the tension drove Skyler to drugs. Now he uses the new synthetic drug "bath salts," which cause him to hallucinate. Can an intervention save Skyler's sanity--and his life? Jessa's meth and alcohol addiction have caused her to hole up in the her parents' basement, drinking and using drugs until she blacks out, punches walls, and even attempts suicide. An intervention is desperately needed before Jessa overdoses and dies right under her parents' noses.

Once a successful, outstanding student, Zeinah turned to drugs to deal with the drama-filled divorce between her Christian mother and Muslim father. After her husband overdosed, her drug use increased, and she lost custody of her daughter. Can Zeinah's family forget their grudges and religious differences to come together and save her from her prescription pill death spiral?

Neglected as a child by her alcoholic mother, Dorothy is now lost in a haze of drugs, alcohol, and self-inflicted cuts and burns. Ivan was once a rising rap star who got caught up in the "thug life" and PCP addiction. Both need interventions to reclaim the promise of their youth and talent.

Once a supermom who took her kids to soccer practice and kept a spotless home, Suzon's life spiraled out of control. Now she lives with her new boyfriend, collects scrap metal, and sells prescription drugs to pay for crack. Suzon needs an intervention, but her mother threatens to hijack the process with her old resentments. Can mom put aside her agenda and help save her daughter?

To the outside world, Kimberly lives a dream life in an extravagant mansion without a financial care in the world. But the "dream" is really a nightmare because Kimberly is an alcoholic with no limits. She lives with her boyfriend, who has locked her in a bedroom in an effort to stop her from drinking. Kimberly's father has written her off, but the family must come together or Kimberly will continue to drown her pain in alcohol.

A 34-year-old gay man, Richard grew up knowing he was different and never feeling accepted. His stepfather disciplined him severely for his effeminate behavior. Today, Richard lives in subsidized housing and has done everything from dealing to prostituting himself to support his meth addiction. Richard's family will have to make amends to him if they hope to get through to him.

Strikingly beautiful with a great sense of humor, Dallas is nevertheless addicted to heroin and lives on the streets. After her mother attempted suicide, Dallas turned to drugs to deal with the confusion and pain. Now, Dallas' mother is in denial about her daughter's addiction and even supports her "heroin-chic" lifestyle. Dallas' family needs to wake-up and face her problems head-on if they're going to save her.

Growing up, Christina had to shuttle back and forth between her drug-addicted mother and neglectful father. Having never received the support she desperately craved, Christina turned to drugs at an early age. Now prescription painkillers and meth have taken over her life, and she's repeated her mother's mistake by losing custody of her son. Only an intervention can free Christina from the devastating cycle of addiction that grips her.