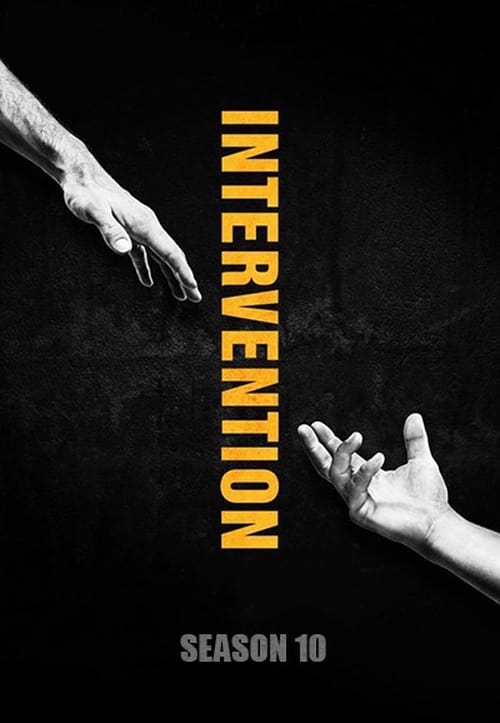 A talkative, eccentric, antiques collector, Michael, 52, was a military brat who moved with his family all over Europe and the U.S. But what he really wanted was a stable, loving home. After a series of traumatic events, Michael began to do drugs, and now he's a rambling, self-loathing addict. Even worse, his two sons have become his using buddies. Michael needs an intervention to save himself and his children.

Tiffany, a former beauty queen, has always wanted the family she never had. Now, after ten years of using crystal meth and looking for love in all the wrong places, Tiffany may lose the one thing she values most, her one-year-old daughter. Her family is terrified that they're going to lose Tiffany, and desperately hope that an intervention will save her from her abusive boyfriend and constant drug use.

Jamie abused both drugs and alcohol and at 21 she got sober. However, a fatal overdose that killed her twin sister triggered a relapse. Jamie already has pancreatitis and suicidal tendencies, she needs an intervention fast.

Once happy-go-lucky, Megan, 25, is now a volatile drug addict who scares her family with her unchecked anger. A child of neglect, Megan is now enabled and financed by her guilt-ridden mother. She spends her days drinking and smoking crack. How will Megan react when confronted by her family in an intervention they believe is needed to save her life?

An ambitious inventor and entrepreneur, Benny once dreamed of becoming a millionaire. But stress, drugs, and alcohol have turned his dream into a nightmare. Worst of all, he is no longer a dependable father to his six-year-old daughter. Benny, now 38 and living with his mother, has seen his relationship with his family reach the breaking point, and only an intervention can save him now.

Jenna, 28, once a sweet-natured and compassionate young girl, endured a brutal childhood that still haunts her and her siblings. Today she steals and manipulates her family to support her destructive heroin habit. Can Jenna and her siblings overcome their past to work together as a family and get Jenna into treatment?

Jimbo's addiction to painkillers has already resulted in a devastating injury and a strained relationship with his devoted dad. Unable to stop using he now spends his days snorting drugs and flying into rages that have terrorized his family and community. Can an intervention stop this small-town menace?

As a child, Cassie was abandoned by her mother and raised by her father, who married and divorced several women. Her rebellious behavior led him to send her to a behavior modification camp for teenagers that was run like a prison. She is now addicted to crack and oxycodone, a habit she supports by prostituting herself, and has an infant son whom she hardly ever sees. Cassie's family must try to break through her deep distrust of them and stop her father from enabling her further in order to save her.

Jimmy was raised by an alcoholic father but is now a heroin addict. At 13, he was in a gang which abused drugs. Jimmy also has a son and has tried getting sober in the past, but the pressure from his family in this instance lead to dependence on methadone. Jimmy's mother Joannie is also a methadone addict due to her originally getting on it for lupus treatment. Joannie is also alcoholic and enables her son by paying for his bills and his medicine and also giving Jimmy her own methadone.

Erin relies on her looks to score drugs, including meth. She abandoned her child and the child's father and continues to engage in a drug-induced party lifestyle. Now her daughter has been sent away and the rest of the family wants to get Erin help now.

Michelle, a lesbian, has a troubled history of being abandoned by her father and molested by a stranger. She was also ridiculed in middle school. After a relationship ended badly, Michelle turned to heroin and desperately needs an intervention. After seeing the group gathered, Michelle walked out in shock but came back when someone went and got her. Michelle agrees to go to treatment when asked and shows hope for the future. When Austin's stepfather died from alcoholism, he turned to alcohol himself to numb the pain. But Austin's girlfriend is now pregnant and the partying and binging he is engaging in needs to stop. Austin needs an intervention to become a sober dad and break his family's cycle of alcoholism. Austin initially walks right out of the intervention after seeing the people gathered as he realized what it was, but the interventionist goes after Austin and convinces him to hear them out. After an emotional plea from his little sister that drives both to tears, Austin agrees to go.

Once a football player with a bright future, Darick dropped out of college to get married when his girlfriend got pregnant. When his marriage ended, Darick learned his daughter was not his biological child. Devastated, Darick turned to drugs. Having already lost one family member to addiction, Darick's close-knit family is enabling his habit.

Rachel started experimenting with cocaine and meth at 14 and using heroin at 16. She survived on the streets with the help of her boyfriend until he was sent to jail. Can an intervention save her from herself?