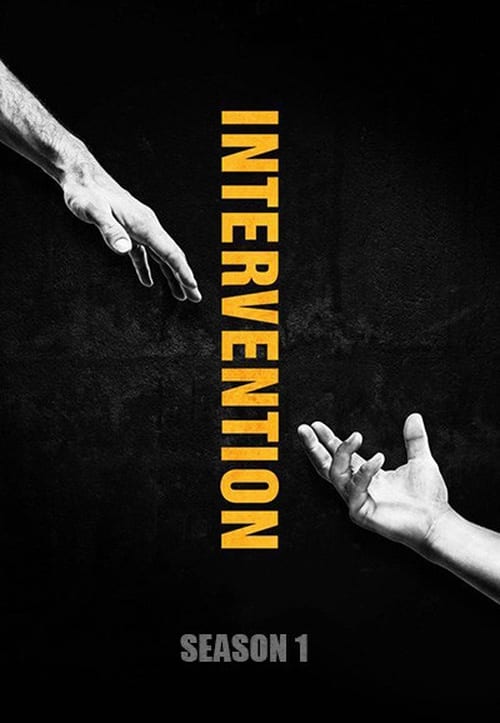 Christmas brings us a follow-up episode. We get updated on previous addicts' present situations. We delve into their lives after the invention and brief follow-up that appears at the end of each episode. We meet again with the addicts several weeks after their interventions for them to update us on their condition, their family and friends and their lives.

This emotional documentary series helps all types of people face their fears and hopefully cure them of their addictions. This special will allow us to see what happened to everyone after his or her intervention. In addition, letting us see if their intervention was successful or not.

A school athlete is addicted to pills and beer after emotional pain. A former wrestling star has turned into a drug addict after a car accident left him paralyzed from the waist down. Even in a wheelchair, he has no problem getting high.

Michael has a serious rage problem. He has a history of violent behavior and has been known to punch holes into the walls of his father's house. Randi is a bulimic and a crystal meth addict. She is in denial of her condition and cannot deal with the fact that she was sexually abused as a kid.

Rachel, now 26, grew up a beautiful child in idyllic upper-middle class Maryland. But her body is withering away and she hasn't been home in years. Rachel is addicted to heroin and lives on the streets, making money as a prostitute. Her family and friends know she has already hit bottom and is nearing death. An Intervention is their only hope for Rachel. Tommy is a 38-year-old executive from Texas. He began using cocaine heavily a little over a year and half ago. Since that time Tommy quit his job, sold his Lexus, his retirement plan and his million-dollar condo to sustain his cocaine habit. Most of his furniture and other possessions have been sold for cocaine. Tommy is homeless. He is riding around on a bicycle. He sleeps on the roof of his friends' condos or on park benches. He hides from his friends and family because he is so ashamed at what his life has become. The people who love and care for him are desperate for him to get help, an Intervention is their last hope.

This story, presented from the Intervention angle, will be an emotional look into the true crisis moment of an upper-middle class family from picturesque Huntington Beach trying to "save their son from certain death." Once lovable and talented, Kelly scored well above the genius level with a 160 in Abstract Reasoning on his IQ test. However, Kelly suffers from severe dyslexia and scored a 40 in language. Placed into emotionally and mentally challenged classes as a child, Kelly's family went on to sue the Malibu School System and prevailed - but not before Kelly had lost all of his self-esteem and hopes of a normal education. The grandchild of legendary comedian Jackie Coogan (Uncle Fester on "The Addam's Family"), the now 23-year-old Kelly is a bright, creative and engaging young man - who sleeps in the bushes and uses the jail as a revolving door. Once an athlete excelling in rollerblading, Kelly was recently robbed of his blades while passed out in a park. The story will open as we join Kelly's family searching for him as he has disappeared again on a binge -- the search will start at the local hospitals and jails. The family, in their own words below, sees Intervention as the last hope for their son. Holding Kelly's beloved dog as leverage in the local pound, Leslie and Rob are committed to getting Kelly into treatment at any cost. This 49-year-old good-looking graduate from Texas Christian University sold commercial real estate and had a promising future. Now, he is addicted to prescription pain medication including heavy amounts of the narcotic, oxycontin. Part of a growing epidemic of back pain sufferers in America abusing prescription medication, Mark has undergone seven spinal surgeries that his family is not sure he needed - seemingly to get more medication. Tracing the roots of his problems to a motorcycle accident at the age of 15 (he suffered a broken arm and whiplash), Mark claims he has been dealing with failed back syndrome ever since. Mark takes high doses of medication each day including 240 mg of dezerol, 360 mg of oxycontin, 120 mg of roxycodone and either Paxil, Xanax or Trazodone, on top of a morphine drip that he has implanted in his back. Denying his family access to his doctors or medical records, Mark admits that the amount of medication he takes would kill most people. And, on top of all these pills, Mark also steals oxycontin from his wife who is dying of Stage 4 Bone Cancer - she was given 2 months to live in December of 2004. Mark has agreed to speak about his life and the medication he takes. Facing Mark in his denial is certain to be emotional and explosive - and truly the final chance for his dying wife, Carolyn, to see her husband clean.

Cristine is a 29-year-old wife and mother. While she loves her family, she can't live without her beer. Cristine drinks at least 18 beers a day, starting at 7am, sneaking out during work and not stopping until she passes out at night. Her husband's scared for their son and her mother's terrified that Cristine is killing herself. They are staging an Intervention in hopes that Cristine will get help. Kelly is an anorexic who is down to 93 pounds. And now her young daughter Disa is following in her footsteps, often picking at food and sometimes refusing to eat all together. Kelly's friends are seeking help not just to save Kelly, but her daughter as well.

Once the valedictorian of New Hope Christian Academy, Tina is now a real-life desperate housewife. Taking 10-20 vicodin a day simply to function (and supplementing her usage with percocet), this mother of a 3-and-a-half year old son spends her days gambling her house and car payments while stoned on prescription pills. With most of her jewelry in pawn shops, and forced to take paycheck advances even though her husband of 14 years has a $100,000+ annual income, Tina now writes insurance policies from home and spends her days at horse tracks and in Bingo halls. Favoring horse tracks because she can take her son with her, Tina says that "my addictions have cost me my life." With her marriage, health and finances in complete crisis (she has spent "hundreds of thousands of dollars on gambling and pills"), her husband Harley says that "this show may be the only thing left that can save our lives."

Peter, a 21-year-old college graduate and aspiring actor, is wasting his life to a serious video game addiction. Alienated from his mother who abandoned him when he was 12, Peter escapes into the fantasy world of video games instead of dealing with the problems of his real life. Now living with his father and brother, Peter identifies only to the characters in the games he plays, and he is steadily losing his grasp on reality. Renee is a young mother of two small children who is married to a husband who adores her. But Renee is struggling with a deadly eating disorder -- bulimia. A past victim of domestic violence and sexual abuse, Renee binge eats to deal with the pain. Caught in a vicious cycle, she is killing herself by taking laxatives and water pills after she binges. Her husband and friends worry that she will die young and that her destructive habits will be passed on to her children.

An addiction to crystal meth threatens the life of Travis Meeks, a former rock 'n' roll star. Can his girlfriend and family get him into treatment before it's too late? And Matt, who comes from an upper-middle class home, is addicted to crack-cocaine and has stolen from his family and friends to support his habit. Desperate, his parents turn to an interventionist to save Matt from himself.

At 24, Sara had everything she ever wanted in her sleepy Minnesota town. She had a fairy-tale wedding in Hawaii, a beautiful baby girl, a house, three cars, and even competed in beauty pageants. Then, it all abruptly ended in divorce. Not knowing how else to cope Sara turned to Crystal Meth, and now uses every day, all day if she can. A self-labeled ""junkie,"" Sara has lost everything, including custody of her daughter. She currently lives with her parents and exists in an endless cycle of drugs, stealing, lying, drug testing, and court appearances. Her family says the only hope for Sara is an Intervention.

Parents and friends intervene to save Alissa, a compulsive gambler who has lost more than $30,000 on 25-cent slots. Meanwhile her boyfriend juggles three jobs just to make ends meet for them. Then we meet Brian, whose crystal meth habit feeds his sex addiction and sends him trolling the streets for new partners every day.

The family calls in interventionist Jeff VanVonderen to help Jerrie, 29, who is addicted to the painkiller Vicodin. She has been forging physician signatures on prescriptions and scouring the waterfront for drug dealers. Friends try to help Tamela, 24, a bright artist who was molested as a child and now cuts herself with razorblades. They call in interventionist Candy Finnigan in hopes that Tamela will recognize her great potential and go to treatment.

Gabe is addicted to gambling and has lost over $200,000 in the casino. He has even withdrawn money from his parent's accounts without them knowing about it. Vanessa, who was a recurring guest star on the hit show ER, is addicted to shopping. She is heading towards bankruptcy. They both receive interventions so that they can get help and turn their lives around. But they have to want to change.

Alyson, a three-time White House intern and an award-winning student, met a boy in college who initiated her into a lifestyle of heavy drug use. She is addicted to morphine and crack and has returned to live with her parents. Alyson now steals painkillers from her dying father and works at alienating her mother and sister. A 38-year-old former stockbroker, Tommy, is addicted to cocaine. He has quit his job, drained his retirement account and sold his luxury condo to sustain his habit, ending up on the street. Both Alyson and Tommy are confronted by their friends, families and professional interventionists, and urged to get help.