1. Sonny and Cher open the show with ""There's a Kind Of Hush"" and an opening dialogue. 2. ""Sonny's Pizza Parlor"" -- Restaurateur Sherman attempts to do in competitor Sonny. 3. ""The Sonnytone News"" -- Sketches taking a comedic look at some of the current headlines in the news include reports on the televised coverage of Congressional sessions, a bankrupt city's efforts to get out of debt, and the adventures of an unemployed King Kong. 4. Sonny and Cher perform a medley of ""December, 1963 (Oh, What a Night)"" and ""Lonely Nights (Angel Face)"" 5. ""The Battle Of the Sexes"" -- A liberated male (Andy) gives advice to apron-bound Sonny. 6. Cher sings ""Feelings"" 7. Bono the Bold (Sonny) tries to prove himself worthy of becoming one of King Arthur's square knights of the round table. 8. Sonny and Cher close the show.

1. Sonny and Cher open the show with ""Put a Little Love In Your Heart"" and show a film clip of the numerous takes it took for them to tape an introduction for Raymond Burr on their second show. 2. George appears as a monk whose spirits are lifted by a bit of brew. 3. Cher sings ""Gypsys, Tramps and Thieves"" 4. ""A Woman Behind Every Man"" -- A tipsy Sir Isaac Newton (George) invents the screwdriver and gets hammered on by his wife (Cher); and John Dillinger (Sonny) is disrupted by his whining wife (Cher) during a holdup. 5. ""Alfredo and the Bull and the Bell"" -- George narrates the tale of a novice bullfighter (Sonny) who fights the bull to win the money to fix the clapper on the town's bell. 6. Sonny appears as a window-washer in this dramatization of the selling of ""The Sonny and Cher Show"" to a TV executive (Cher). 7. Sonny and Cher perform ""Dancin' In the Street"" 8. ""The Sonnytone News"" -- Among the items featured, Chastity Bono is nominated as a Presidential candidate by the 70 milli

1. Sonny and Cher open the show with ""The Beat Goes On"" and banter with Sonny being concerned about Cher performing in her condition. 2. ""Dolls In the Navy"" -- Cher and Diahann are featured in a musical spoof of the film ""On the Town"", appearing as two sailors on a ten-minute leave in New York City looking on men, with Tony and Sonny cast as a pair of dancers they meet and fall in love with. Featured songs include: ""New York, New York"", ""The Fleet's In"", ""Hey, Big Spender"", ""Brother, Can You Spare a Dime?"", ""Ten Bucks a Dance"" and ""Wearing Navy Blue and Fourteen-Carat Gold."" 3. Diahann sings ""God Bless the Child"" 4. ""The Prisoner"" -- Rocko (Sonny) finds out that his girl (Cher) has been cheating on him with the judge who will be deciding his case. 5. ""The Vamps"" -- Silent movie queen Theda Bara (Cher) invites two eager suitors (Sonny and Tony) to join her in the bath; the mighty Caesar (Tony) is warned by his soothsayer (Sonny) that Cleopatra (Cher) will try to vamp him; and Sadie Thom

1. Tommy Smothers tries to fill Sonny's shoes in an opening number with Cher. 2. Sonny and Cher sing ""Can't Take My Eyes Off Of You"" 3. ""The Sunshine Girls"" -- Debbie and Cher perform in a distaff version of ""The Sunshine Boys."" 4. The Smothers Brothers bring Sonny into their act, singing ""I Write the Songs"" 5. Cher sings ""The Way Of Love"" 6. ""The Battle Of the Sexes"" -- Debbie comes to dinner at the home of Cher and househusband Sonny. 7. Sonny and Cher perform a medley of ""I'm Gonna Make You Love Me"" and ""My World Is Empty Without You"" 8. ""The 28th Annual Bozo Awards"" -- Sonny and Cher are featured in a takeoff of awards shows. 9. Sonny and Cher close the show with ""I Got You Babe""

1. Sonny and Cher open the show with ""How Sweet It Is (To Be Loved By You)"" and banter about how they haven't had one argument since they've started working together again. 2. Laverne (Cher) and Frankie recall fond memories of life in the '50s, when they tried to help Arnold (Gabriel) save his malt shop by putting on a rock and roll show with Bonzie (Sonny) in a takeoff on ""Happy Days."" Featured oldies in the closing medley include: ""Yesterday Once More"" (Cher and Frankie), ""Rock Around the Clock"" (everyone), ""Jailhouse Rock"" (regular Gailard Sartain), ""Little Darlin'"" (Sonny, backed by the show's regulars), ""Venus"" (Frankie), and ""Rock and Roll Is Here To Stay"" (all). 3. ""The Prisoner"" -- Rocko (Sonny) learns that his footloose wife (Cher) has a roommate named Bernie who's promised to put her in the movies. 4. Sonny and Cher perform a medley of ""Two Of Us"" and ""We Can Work It Out"" 5. Gabriel speaks at a Jokeaholics Anonymous meeting, reminiscing about the time he was home in his apart

1. Sonny and Cher open the show with ""You Are the Sunshine Of My Life"" and banter about a lecture Sonny attended that taught him how to get power. 2. ""A Woman Behind Every Man"" -- Sonny plays Punch, who's receiving the blows from Judy (Cher) and another puppet (McLean); the great Hannibal (McLean) takes his wife (Cher) and their two obnoxious brats (regulars Ted Zeigler and Billy Van) on a three-year elephant ride across the Swiss Alps in search of an Italian dinner; and Robert Fulton (Sonny) gets some ideas from his wife (Cher) when he isn't sure what his invention of the steam engine can be used for. 3. Sonny and Cher perform a medley of ""Love Song"" and ""Hang On In There, Baby"" 4. ""The Case Book Of Sam Spade"" -- Elderly detective Sam Spade (Sonny) recalls ""the case of the jade wiener"", which had been stolen from the Frankfort Museum. (McLean appears as the mysterious stranger who's tailing Spade throughout the skit and Cher plays Shanghai Susie, the prime suspect who has a monkey on

1. Sonny and Cher open the show with ""Take Life a Little Easier"" and banter about Sonny having negotiated a deal with a major studio to do a movie about his life with Cher. 2. ""The Battle Of the Sexes"" -- Cher plays a liberated woman coming home after a hard day's work to find Sonny so wrapped up in his card game with the boys that he forgot to have dinner ready and Don devastated that his wife walked out on him the night before. 3. Sonny and Cher perform a medley of ""United We Stand"" and ""Without You"" 4. ""The Sonnytone News"" -- A TV newscaster (Don) demonstrates a gimmick that allows him to deliver the news with a steady, sincere stare; all three major TV networks clear time for the great political debate; the world's oldest taxicab driver (regular Gailard Sartain) speaks out at his retirement party; the youngest pitchman in TV history (Chastity) tapes a spot on her used tricycle lot; and the ever-popular Laverne (Cher) is named the first woman ambassador to Great Britain. 5. A heartb

1. Sonny and Cher open the show with ""Got To Get You Into My Life"" and a comedy dialogue. 2. ""The Vamps"" -- Cher appears in comedy sketches as the sneaky Mata Hari, the willing-to-please Minnie Mouse, and the sinful Sadie Thompson. 3. Britain's King George III (Jim) offers a rebuttal to a Bicentennial Minute. 4. Sonny and Cher perform ""Baby, Don't Get Hooked On Me"" 5. Jim is cast as a foreign legionnaire about to abandon the fort. 6. Cher sings ""Bang Bang (My Baby Shot Me Down)"" 7. ""The Walnuts"" -- Jim, playing the part of Jim-Boy, joins Sonny and Cher in a musical-comedy takeoff on ""The Waltons."" 8. Sonny and Cher close the show with ""I Got You Babe""

1. Sonny and Cher open the show with ""More Today Than Yesterday"" and banter about Sonny attempting to deliver his recitation of ""Fly, Robin, Fly"" 2. ""The Sonnytone News"" -- In comedy blackouts, the people of China celebrate chairman Mao Tse-tung's birthday by honoring him with a new national anthem; King Kong's latest love interest (Cher) talks to the ape about the subject of marriage; the president of a famous western nation gives skiing lessons to world leaders assembled in Vail, Colorado; and daredevil Evel Knievel tries to get approved for accident insurance coverage. 3. ""Musical Murder On the Oriental Choo Choo"" -- Neil is cast as the train conductor in a musical takeoff of the film ""Murder On the Orient Express."" (Sonny plays the Belgian sleuth who's brought in to find out who killed a wealthy Texan on the train, and Cher portrays a Russian countess in whose compartment the dead man was found.) 4. Neil joins Sonny and Cher for a medley of his greatest hits, including: ""The Hungry

1. Sonny and Cher open the show with ""It Takes Two"" and banter about Sonny asking Cher for a little constructive criticism. 2. A sorrowful Raymond returns his ""pet rock"", claiming that it died on him. 3. ""The Case Book Of Sam Spade"" -- Elderly detective Sam Spade (Sonny) recalls ""the case of the missing case"" he solved in Morocco, with Cher cast as ""the lady in red"" who is dressed in yellow. 4. Cher sings ""You Make Me Feel Brand New"" 5. ""Teams"" -- In a series of sketches spotlighting famous duos, Charlie McCarthy (Sonny) tells Edgar Bergen (Raymond) why he didn't get a good report card, and the Lone Ranger (Sonny) finds out that Tonto (Cher) is really a girl. 6. Sonny and Cher perform ""I Can See Clearly Now"" 7. Raymond delivers his rendition of ""The Windmills Of Your Mind"" 8. ""The Sonny and Cher Monstrel Show"" -- Raymond is featured as the ghoulish emcee of a monster-ridden vaudeville show. 9. Sonny and Cher close the show with ""I Got You Babe""

1. Sonny and Cher open the show with banter about their getting back together and a duet of ""Love Will Keep Us Together."" 2. ""Teams"" -- Sonny and Cher appear in a series of comedy sketches about famous duos, including Fred Astaire and Ginger Rogers, Bugs Bunny and Elmer Fudd, and George and Martha Washington. 3. ""The Sonnytone News"" -- Numerous headlines in the news are satirized in a montage of blackouts and animated sequences. 4. Cher sings ""Breaking Up Is Hard To Do"" 5. ""The CIA Follies"" -- The members gather to discuss their organization's public image. 6. Sonny and Cher perform a medley of ""You've Got a Friend"" and ""Where You Lead"" 7. Sonny and Cher close the show with ""I Got You Babe"" 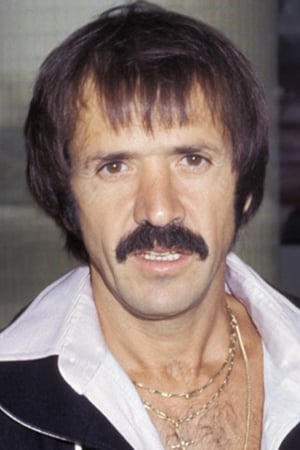 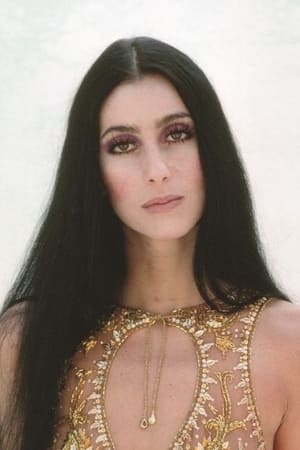