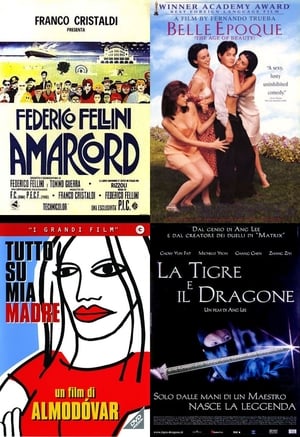 The Academy Award for Best Foreign Language Film is handed out annually by the U.S.-based Academy of Motion Picture Arts and Sciences to a feature-length motion picture produced outside the United States of America with a predominantly non-English dialogue track - https://en.wikipedia.org/wiki/List_of_Academy_Award_winners_and_nominees_for_Best_Foreign_Language_Film