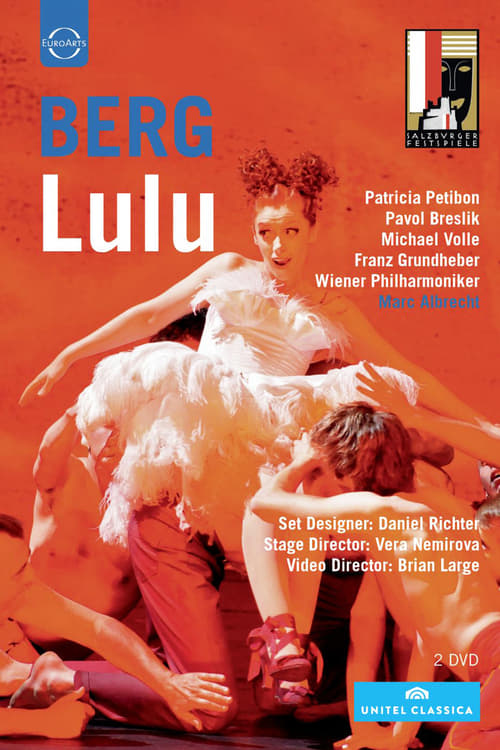 Vera Nemirova’s challenging production of Berg’s operatic masterpiece Lulu won critical acclaim when first seen at the Salzburg Festival in 2010. It was successfully repeated in 2011, when the production was filmed for DVD. Supporting Nemirova’s powerful vision of corruption, decadence and death are the highly praised set designs by the young artist Daniel Richter. Musically, the production is led with style and assurance by the brilliant German conductor Marc Albrecht, currently director of the Netherlands Opera. Singing Lulu with allure and passion is the lauded French soprano Patricia Petibon, whose charms grip an outstanding cast of top European singers. Berg’s score is performed in the completed version by the Austrian composer Friedrich Cerha.