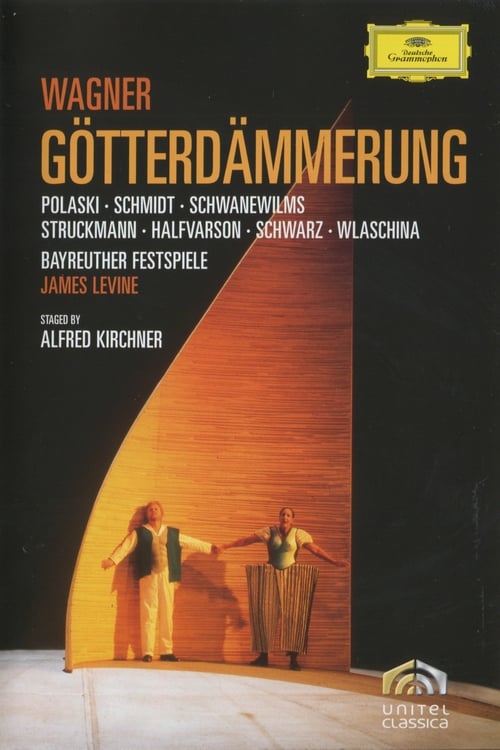 This Götterdämmerung is the only installment of the Kirchner/Rosalie/Levine 1994-8 Bayreuth Ring taped for subsequent DVD release. By some, this Ring is known as "The designer Ring", due to the striking sets and costumes by designer Rosalie, which in many ways make up the most striking aspects of this Ring Cycle. Kirchner and Rosalie publicly stated a desire to depart from the political Ring productions of previous Bayreuth Ring directors such as Kupfer and Chéreau and free Wagner´s work from all the "ideological and philosophical" ballast. Do they succeed? Well, in a way yes. But what they create instead is an environment reminiscent of a Japanese version of Star Wars, devoid of dramatic interaction between the main characters, who often stand still and just sing to the audience oblivious of the characters the singing supposedly is directed towards.