From Wikipedia, the free encyclopedia. Irving Lerner (7 March 1909, New York City - 25 December 1976, Los Angeles) Before becoming a filmmaker, Lerner was a research editor for Columbia University's Encyclopedia of Social Sciences, getting his start in film by making documentaries for the anthropology department. He then made films for the Rockefeller Foundation and other academic institutions, later becoming a film editor and second-unit director involved with the emerging American documentary movement of the late '30s. Lerner produced two documentaries for the Office of War Information during WW II and after the war became the head of New York University's Educational Film Institute. In 1948, Lerner and Joseph Strick shared directorial chores on a short documentary, Muscle Beach. Lerner then turned to low-budget, quickly filmed features. When not hastily making his own thrillers, Lerner worked as a technical advisor, a second-unit director, a co-editor and an editor. Lerner was cinematographer, director, or assistant director on documentary films such as One Third of a Nation (1939), Valley Town (1940), The Land (1942) directed by Robert Flaherty, and Suicide Attack (1950). Lerner was also producer of the OWI documentary Hymn of the Nations (1944), directed by Alexander Hammid, and featuring Arturo Toscanini, and co-director with Joseph Strick of the short documentary Muscle Beach (1948). Irving Lerner was also an important director and film editor with directing credits such as Studs Lonigan (1960) and editing credits such as Stanley Kubrick's Spartacus (1960) and Martin Scorsese's New York, New York (1977). Lerner died during the cutting of New York, New York, and the film was dedicated to him. The "Blacklist": Irving Lerner was an American citizen and an employee of the United States Office of War Information during World War II who worked in the Motion Picture Division. Lerner was allegedly involved in espionage on behalf of Soviet Military Intelligence (GRU); Arthur Adams was Lerner's key contact. In the winter of 1944, a counterintelligence officer caught Lerner attempting to photograph the cyclotron at the University of California, Berkeley Radiation Laboratory, which was part of the Manhattan Project. The cyclotron had been used in the creation of plutonium and Lerner was acting without authorization. Lerner resigned and went to work for Keynote Recordings, owned by Eric Bernay, another Soviet intelligence contact. Arthur Adams also worked at Keynote. Description above from the Wikipedia article Irving Lerner, licensed under CC-BY-SA, full list of contributors on Wikipedia.

Irving Lerner is known for the following movies: 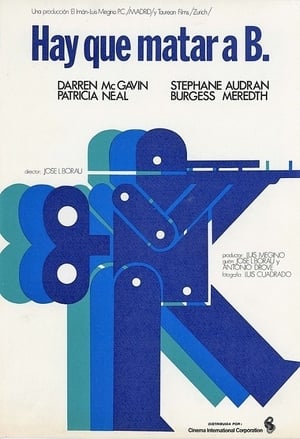 Hay que matar a B.