From Wikipedia, the free encyclopedia. Bradley Beesley is an American independent film and video director, producer and cinematographer. He has long been associated with the alternative music band, The Flaming Lips. Beesley first worked with The Flaming Lips filming some promotional videos for the band's album Hit to Death in the Future Head.  Most of Beesley's video work with the band is included on the VOID video retrospective. Aside from his work with The Flaming Lips, Beesley has directed a number of award-winning documentaries. His first was 1999's "Hill Stomp Hollar", a one-hour film about the Fat Possum record label and many of the blues artists, particularly R. L. Burnside. Beesley's next film Okie Noodling (2001) focused on the unusual practice of catching catfish using only the bare hand as bait. It featured an original soundtrack by The Flaming Lips and won the Audience Choice Award and was runner-up for Best Documentary at the 2001 South by Southwest film festival. In 2005, Beesley released the documentary The Fearless Freaks: The Wondrously Improbable Story of The Flaming Lips. Critics said the film offered an unusually personal and intimate view into the band. The Flaming Lips also provided the soundtrack for the documentary that Beesley produced and co-directed, Summercamp!, which opened July 18, 2007. Description above from the Wikipedia article Bradley Beesley, licensed under CC-BY-SA,full list of contributors on Wikipedia.

Bradley Beesley is known for the following movies: 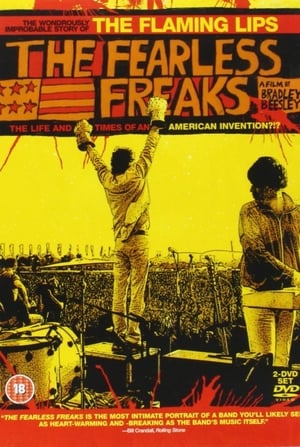