Asashōryū Akinori (朝青龍 明徳, born 27 September 1980, as Dolgorsürengiin Dagvadorj, Mongolian Cyrillic: Долгорсүрэнгийн Дагвадорж) is a Mongolian former sumo wrestler (rikishi). He was the 68th yokozuna in the history of the sport in Japan and became the first Mongol to reach sumo's highest rank in January 2003. He was one of the most successful yokozuna ever. In 2005, he became the first wrestler to win all six official tournaments (honbasho) in a single year. Over his entire career, he won 25 top division tournament championships, placing him fourth on the all-time list. From 2004 until 2007, Asashōryū was sumo's sole yokozuna, and was criticized at times by the media and the Japan Sumo Association for not upholding the standards of behaviour expected of a holder of such a prestigious rank. He became the first yokozuna in history to be suspended from competition in August 2007 when he participated in a charity soccer match in his home country despite having withdrawn from a regional sumo tour claiming injury. After a career filled with a multitude of other controversies, both on and off the dohyō, his career was cut short when he retired from sumo in February 2010 after allegations that he assaulted a man outside a Tokyo nightclub.

Asashōryū Akinori is known for the following movies: 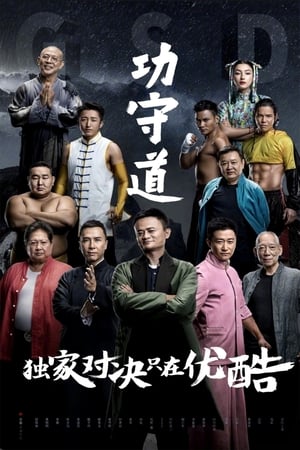