Thai director Kom Akadej shot around 12 movies from 1975 to 1987. He was also an actor in around 10 movies from 1971 to 1975. He was a famous action movie director. Khom was working with Hong Kong stars like David Chiang (in 1982's Phet Tad Yok) and making action films like The Mountain Lion - เสือภูเขา (1979) and พยัคฆ์ยี่เก (1983). Kom Akadej reached his peak in late 1970s and early 1980s. The Mountain Lion - เสือภูเขา (1979) movie remains famous for its kung fu scenes. This film was one of the first to mix elaborate stunt work and well choreographed fight scenes. He then switched to Thai TV serie direction. Kom Akadej was president of The committee of The Federation of National Film Association of Thailand in 1999-2002. Kom Akadej movies are difficult to find officially. Movies rights in Thailand belongs to Coliseum film (บริษัท โคลีเซี่ยมฟีล์ม), company of Kom Akadej. Up to now no VCD / DVD was released in Thailand with correct legal rights according to Thai law. Coliseum film company would sell the rights for all Kom Akadej’s movies and not only for a single movie. Some companies were only interested in one or a few titles but not the whole catalog, preventing any Kom Akadej movies releases to this day

Kom Akkadej is known for the following movies: 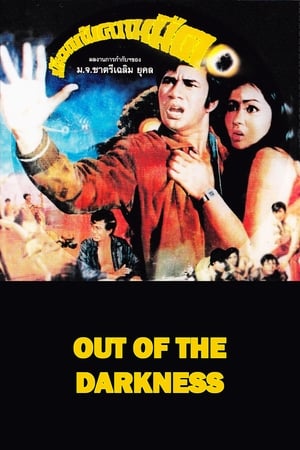 Out of the Darkness

Who Will Cry For Me