Born and raised in Cincinnati, Ohio, Evan Boymel got his start at a very young age, appearing on stage for the first time at the age of four. From that moment forward, he began his daily training, taking summer classes, performing locally and learning from anyone and everyone he could. After completing high school, Evan moved to London, England for a year of study at the Strasberg Method Studio under the watchful eye of such teachers as Mariana Hill (The Godfather 2) and RSC trained actor Stephen Lee. After a year of some of the most intense and in depth instruction that a person could endure, Evan returned to America and began studying for his BFA at Emerson College in Boston, MA. Here, he continued his work on stage and expanded his repertoire of accents, dialogues and characters, as well as his ability to tap in to his emotional range. After years of studying and getting ready to make a move to L.A., Evan needed a break, and switched his major to Broadcast Journalism. After completing this in his home town of Cincinnati, he went to work as a news reporter for WB64 News at Ten. He was a field reporter for some time, before the acting bug bit him again. He appeared, ironically as a news reporter, in the independent film "Kiss of the Vampire". Here, he would meet his now business partners and friends Vincent Jolivette (Rabbit Bandini Productions with James Franco), and Julie and Joe Ruggieri (Red Love Film). He quickly got on as an Executive Producer for "In Search of Ted Demme" and made the move to Los Angeles. In the last few years, Evan has done several pilots and independent features, including "Joy", "Salesgirl", "The Last Act", "The Cellar" and "Persons of Interest". With even more projects in the works, including a role in the new David Duchovny starring film "Goats", Evan is looking forward to 2011 being his best year so far.

Evan Boymel is known for the following movies:

Evan Boymel is known for the following tv shows: 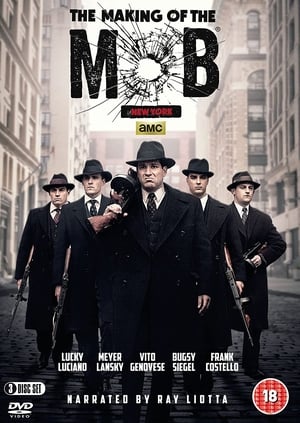 The Making of The Mob