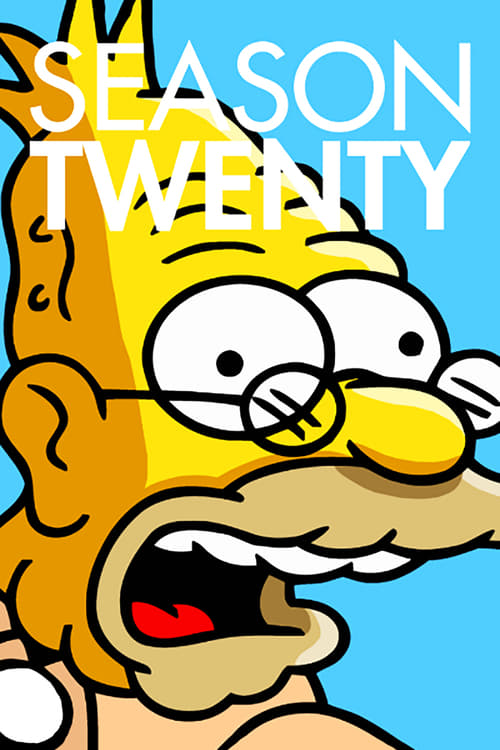 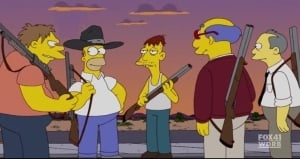 When nearby Ogdenville’s economy crumbles due to tainted barley discovered in Krusty’s veggie burgers, the unemployed workers of Ogdenville flock to Springfield. After Mayor Quimby closes Springfield’s borders and enlists private citizens to help patrol them, Homer organizes a border patrol group. 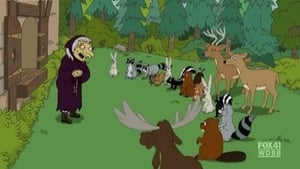 Marge and Lisa visit the nail salon where they engage in a spirited debate as to whether a woman can be smart, powerful and beautiful all at the same time and spin four tales of famous women featuring famous Springfield faces: Selma as Queen Elizabeth I, Lisa as Snow White, Marge as Lady Macbeth and Maggie as Howard Roark, the idealistic architect protagonist from Ayn Rand’s The Fountainhead. 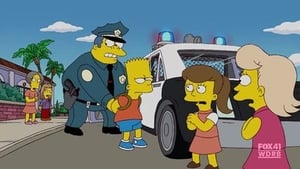 When Marge learns Springfield Elementary is the worst school in the state, she and Homer rent an apartment in the upscale Waverly Hills school district so Bart and Lisa can attend a better school. Meanwhile, Homer moves into the rented Waverly Hills apartment and gets used to the bachelor lifestyle. 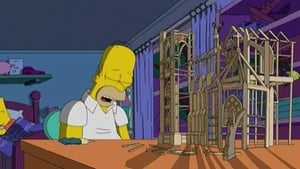 Bart and Lisa start struggling in their academic and social lives at school and Homer starts monitoring them and forcing them to do better. Meanwhile, Marge discovers a sauna in the basement. 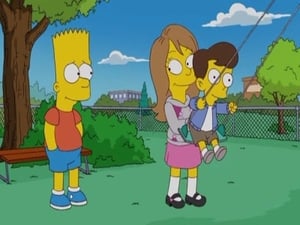 Bart falls in love with a charitable girl named Jenny, prompting Bart to behave in order to date her. Meanwhile, Lisa becomes depressed when she writes a report on Springfield's future. 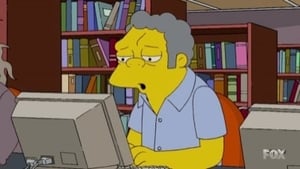 Moe once again searches for love and falls for a woman named Maya over the Internet. However, when Moe meets Maya face-to-face, he discovers it's more like face-to-knee, as Maya is only three feet tall. 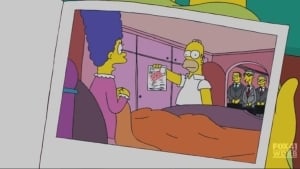 After Marge and Homer's marriage turns out to be invalid, they decide to re-do their vows. But when Homer goes missing, Bart and Lisa smell something funny and investigate his disappearance. 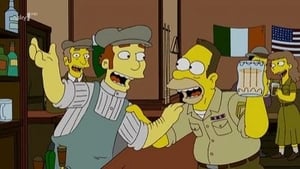 The Simpsons travel to Ireland so that Grampa can have a final drink at O'Flanagan's Pub - an old watering hole of his. But when the small town of Dunkilderry isn't quite what Grampa remembers it as, and O'Flanagans has become a rundown and empty pub, he and Homer decide to buy it and fix it up. 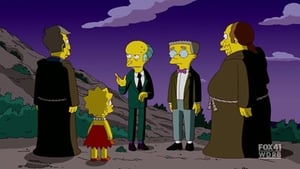 Lisa infiltrates a convent in order to steal back Maggie who was accidentally taken in by nuns. While in the convent, Lisa uncovers a series of cryptic clues leading to a hidden jewel in Springfield. With help from resident history buffs Principal Skinner and Comic Book Guy, Lisa sets off to find the coveted prize. But Springfield's Freemasons are also hot on the trail of the jewel, and Lisa must race against them to find the jewel and rescue Maggie. 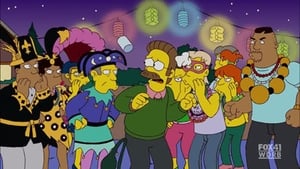 When the adjustable rate on the Simpson couple's mortgage resets at more than the pair can afford, they must sell their house. Good Samaritan Ned Flanders buys the house and rents it out to them at an affordable rate. But Homer pushes his luck too far when he takes advantage of Ned's generous landlord duties. 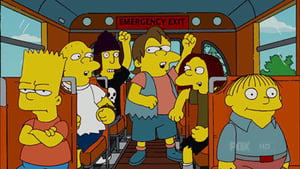 Bart gets a perfect score on a practice test for a national achievement test, which not only rattles Lisa, but it means Bart gets to attend a special party instead of having to take the actual test. Meanwhile, Homer must avoid injuring himself for an entire afternoon after failing to pay his insurance. 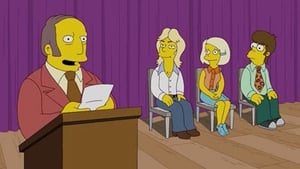 Homer is jealous when old classmate Vance Connor is inducted into the Springfield Walk of Fame. Lenny and Carl confess they fixed the result in favor of Principal Dondelinger - leading the hapless father to speculate on how his life would have changed had he won the ballot. 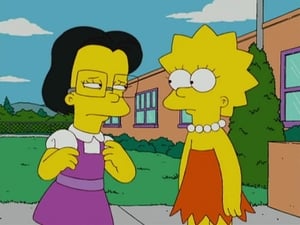 Lisa lets her imagination run wild when she makes a new friend and they create a magical kingdom together called Equalia, complete with characters and plotlines. But they find themselves facing a nightmare when the boundaries between reality and fantasy are blurred. With the voice of Emily Blunt. 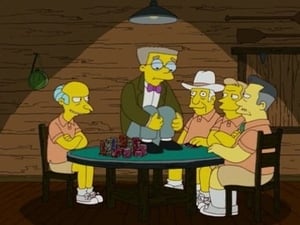 Mr Burns wins a professional basketball team in a poker game at the annual billionaire's retreat. He decides to build a state-of-the-art facility in an attempt to lure fans, but the stadium site is on the last remaining bee colony in Springfield - prompting Lisa to lead a protest. 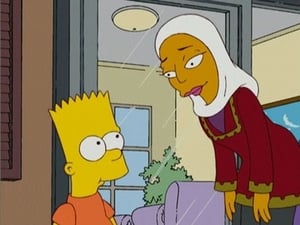 Lisa struggles to become the proud owner of a Mypod, and Homer believes Bart's new Middle-Eastern friend Bashir is involved in a terrorist plot to destroy the Springfield Mall. 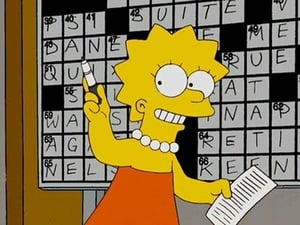 Lisa learns she is good at crossword puzzles and enters a city-wide contest. Homer discovers he has a flair for letting loved ones down so he opens Sweet Conclusions Break-Up Service, but lands himself in trouble with his daughter when he places a bet against her in the competition. 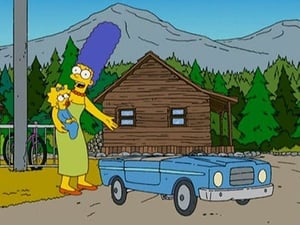 Homer and Marge remember the ups and downs of their marriage through a series of flashbacks, including the time they each began flirting with guests at a glamorous party - a situation that led to a food fight and an unexpected swim in the pool. 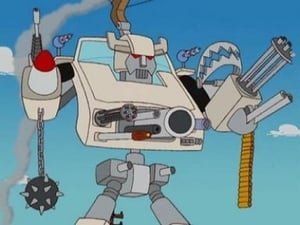 Springfield is the setting for parodies of Charlie Brown, It's the Great Pumpkin and Michael Bay's Transformers as Homer's vote on election day is misread by a renegade machine. 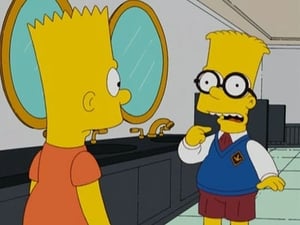 An irreverent take on the Prince and the Pauper. Bart enthusiastically trades lives with a wealthy lookalike after landing himself in trouble for triggering a rampage of vacuum cleaners, but finds the lavish lifestyle too much when he becomes the target of all his new friends' pranks. 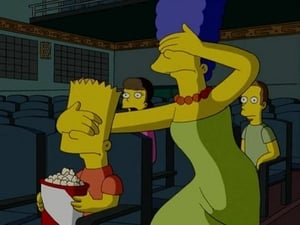 Bart lands himself in trouble when he steals a mobile phone from Denis Leary and subsequently uses it to land the actor a comical film role. The troublemaker then leads his family to the ancient ruins of Machu Picchu after Marge confiscates the device and decides to use its GPS technology to track her son. 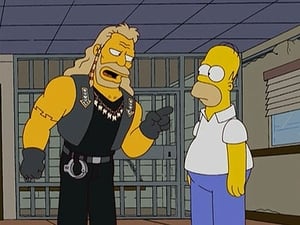