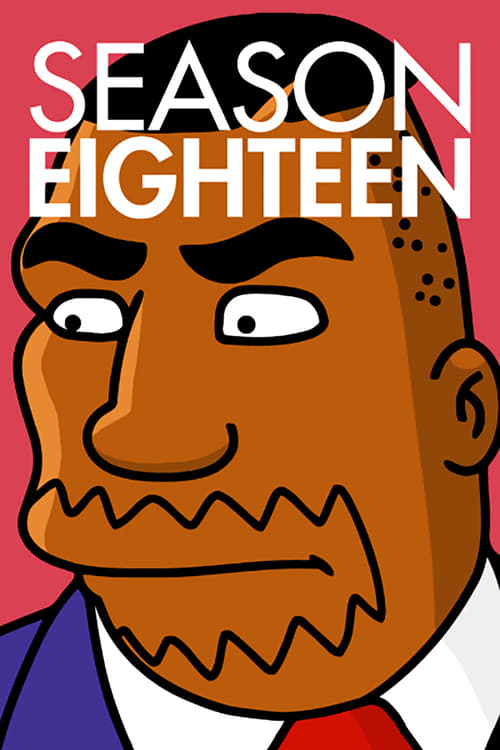 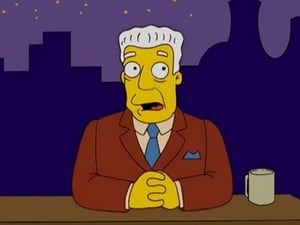 When Homer buys the 1,000,000th ice-cream cone at a local shop, he ends up on Kent Brockman's news program. When Brockman swears on live TV after coffee is spilled in his lap, Ned Flanders leads a crusade to clean up Springfield's airwaves, starting with getting Brockman fired. Then Homer once again saves the day. 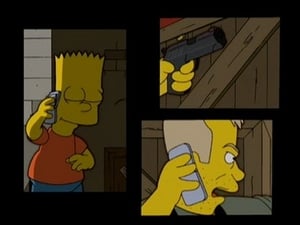 When finding out Jimbo, Dolph, and Kearney plan on sabotaging Springfield Elementary School's annual bake sale by releasing the "ultimate stinkbomb" (a rotten yogurt cup from Springfield's Nuclear Power Plant), Bart and Lisa enlist the help of Jack Bauer and Chloe O'Brian. Meanwhile, Marge attempts to make the perfect cake, so she can win the bake sale. 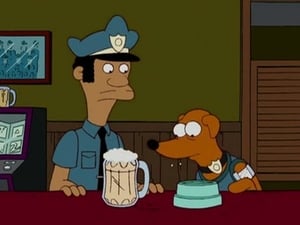 Homer unwittingly drags the family into a cornfield maze after attempting to leave a boring Harvest fest that Marge brought them to. When everyone except Homer escapes, Santa's Little Helper rescues him and becomes the town hero. So the Simpsons enroll him in Police Dog Academy where he's teamed with Lou. 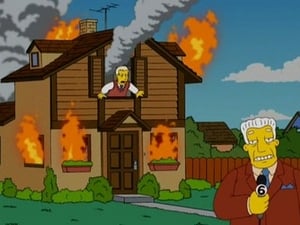 Maggie goes on a path of destruction in the Simpsons home after Marge follows advice in a parenting magazine and throws away her pacifier. Marge finally gives in and sends Homer to get Maggie a new pacifier, but when he cant find the right brand, Maggie comes up with her own substitute an especially squeaky dog toy. Homer cant sleep through the toys incessant squeaking and is driven to take sleeping pills, which turn him into a sleepwalker with a penchant for mischief. When one of Homers sleepwalking schemes leaves the entire Springfield Fire Department debilitated in the hospital, Homer and some of his fellow Springfieldians become volunteer firefighters. They extinguish several fires and are rewarded with gifts, but when the gifts stop coming, they seek other forms of compensation for their heroic acts. 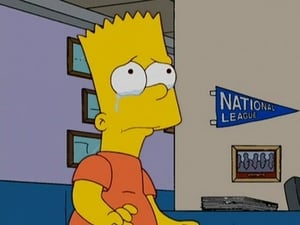 Bart becomes a hometown hero when he makes the game-winning catch at his Little League game, sending the Springfield Isotots to the championship for the very first time. Meanwhile, Homer runs into some luck, when a customer misunderstands Homer's excuses for a sales pitch after falling asleep in a department store's display bed. The impressed store owner hires Homer as a salesman. 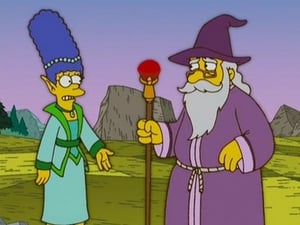 Marge becomes a spectacle during a PTA meeting for not having an e-mail address, and she decides to take a chance on using the Internet. Amazed and delighted by all the Internet has to offer, Marge decides to join a popular role-playing fantasy game named "Earthland Realms." To Marge's dismay, the game has her interacting with practically the whole town of Springfield, including Bart, who happens to be the game's most feared and destructive player. Meanwhile, Homer saves Lisa's soccer game from cancellation after he volunteers to take the place of a referee who recently quit. However, Homer's refereeing skills only exasperate Lisa, and her competitive streak gets the best of her. 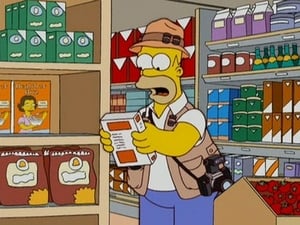 When the fireproof safe (which was bought after one too many house fires) explodes, Homer and Marge try to recreate the photos, but when one of them uncovers a scandal in the background, Homer decides to join the world of paparazzi - forgetting what happened the last time he had a job that dealt in revealing other people's flaws to the public (in "Guess Who's Coming to Criticize Dinner?") 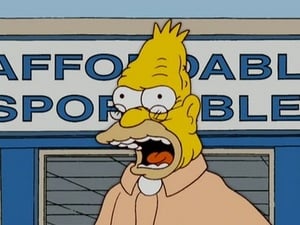 When Homer accidentally declares bankruptcy, Grandpa ends up leaving the Springfield Retirement Castle and falls in love with Selma; Bart and Lisa con a delivery man out of cardboard boxes. 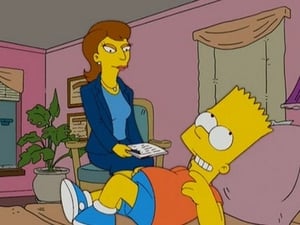 Principal Skinner decides to allow Lisa to tutor Cletus's kids instead of them enrolling into Springfield Elementary, but they end up on Krusty's show as a Musical Act; Bart sees a psychiatrist after pretending that he's possessed by a ghost in an an attempt get free food from the cafeteria. 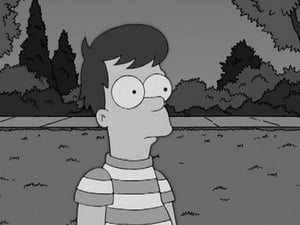 Eccentric documentary filmmaker Declan Desmond returns with his new film "Growing up Springfield" in which various characters in The Simpsons are interviewed. Homer and family pretend to be rich on the documentary, until Mr. Burns catches them in his summer home. 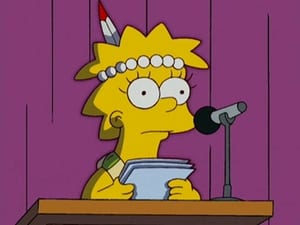 After saving Springfield from burning down in city-wide fire, Mayor Quimby awards Bart with a driver’s license. During Bart’s travels to a nearby town, he develops a serious relationship with a teenage girl. Meanwhile, during a presentation at school, Lisa lies about her Native American heritage and when everyone believes her, the lies result in some escalating problems for her. 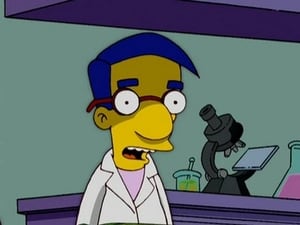 In an effort to stop Homer from taking revenge on the Rich Texan for cutting him off on the highway, Marge, Lisa and Bart offer up three cautionary tales of revenge. The Count of Monte Fatso: A parody of the book and film The Count of Monte Cristo, in which Homer is cast as the Count. Revenge of the Geeks: Using a futuristic device called the “Get-back-inator,” Milhouse takes revenge on the Springfield Elementary bullies. Bartman Begins: A parody of the Batman origin story, in which Bart is cast in the title role. 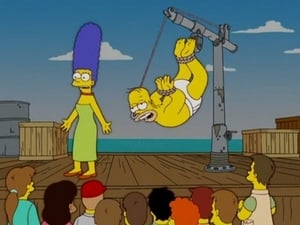 Homer surprises Marge with a visit to her favorite childhood vacation spot: an island called Barnacle Bay. But when the family arrives, they are shocked to discover Barnacle Bay’s tourism and economy has been decimated by the disappearance of the local delicacy, the “Yum-Yum” fish. After causing some major damage to the boardwalk, Homer is forced to join a fishing crew to work off his debt and a parody of The Perfect Storm ensues. 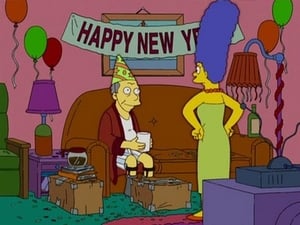 At Christmas time, Marge opens up her home to the jobless Gil. But problems arise when Gil overstays his welcome and Marge can’t bring herself to kick Gil out of the house. 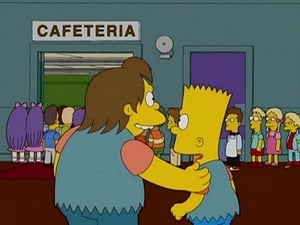 After being forced to attend Nelson’s birthday party, Bart becomes best friends with the schoolyard bully. Meanwhile, Homer develops a big interest with one of Lisa’s fantasy books. 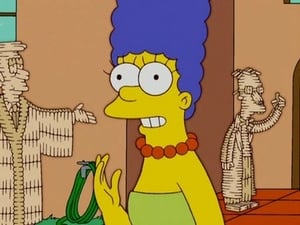 After Homer is fired from the power plant, he buys an ice-cream truck and sells ice-cream. His successful business yields an abundance of discarded popsicle sticks and Marge finds another calling in life, as she uses the leftover sticks to create popular life-size statues of various citizens from Springfield. 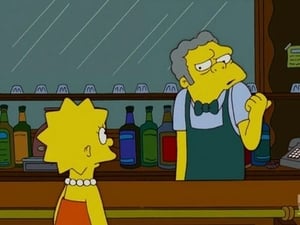 Lisa aides Moe in discovering his inner-poet and he gains swift popularity and recognition from a group of successful American authors, when Lisa helps to get his poetry published. However, Lisa is crushed, when Moe enjoys his newfound success with literary giants and fails to credit Lisa for her assistance in his poetry. 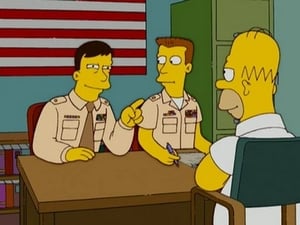 Bart pre-enlists in the Army and when Homer goes to the Recruitment Center to clear up the mess, he is tricked into enlisting in the Army himself. Upon completion of basic training, Homer is assigned to lead some troops against a disgruntled Army Colonel in a war games simulation. 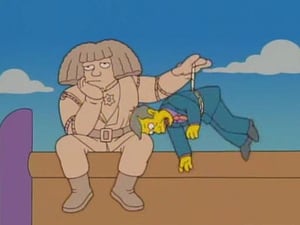 Three more scary tales are offered up in this 17th edition of the Treehouse of Horror.Married to the Blob: After eating mysterious green goo from a meteorite, Homer grows to massive proportions while he eats everything in sight.You Gotta Know When to Golem: Bart takes control of Golem of Jewish folklore, and forces the ancient statue to do his bidding by writing instructions on scrolls and placing them into the Golem's mouth.The Day the Earth Looked Stupid: Taking place in 1938 Springfield, the townspeople react to Orson Welles’ famous War of the Worlds radio broadcast. However, they pay no attention when Kang and Kodos actually do invade the town. 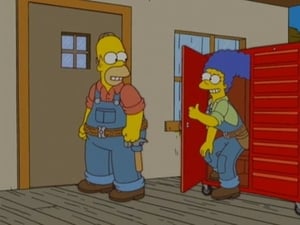 After buying Homer a collection of handyman's books, Marge becomes a handywoman, but uses Homer since no one in town is thrilled over the idea of a female carpenter. Meanwhile, Bart finds out that Principal Skinner has a peanut allergy and uses a peanut on a stick to torture Skinner, but the joke is on Bart when Skinner discovers that Bart is allergic to shrimp. 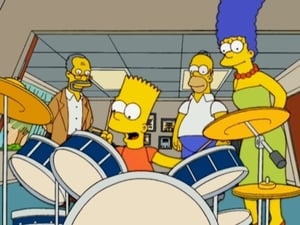 When Bart has problems with acting out, Marge and Homer take him to a child psychiatrist, who suggests that Bart should taking up drumming. Bart turns out to be a natural with the drums and much to the chagrin of Lisa; Bart is approached by jazz musicians, who want him in their band. Meanwhile, Lisa turns to rescuing animals as a way to deal with her jealousy and depression, over not being a member of a jazz band herself. 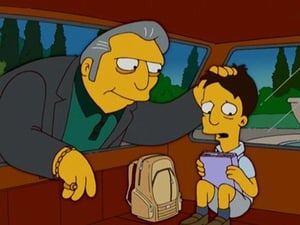 At school, Lisa befriends a boy named Michael, who happens to be the son of mob boss, Fat Tony. Fat Tony is put out of commission by a rival family, and Homer and Bart get involved with the mob, when Michael, who is nothing like his father, is not interested in the “family business.”