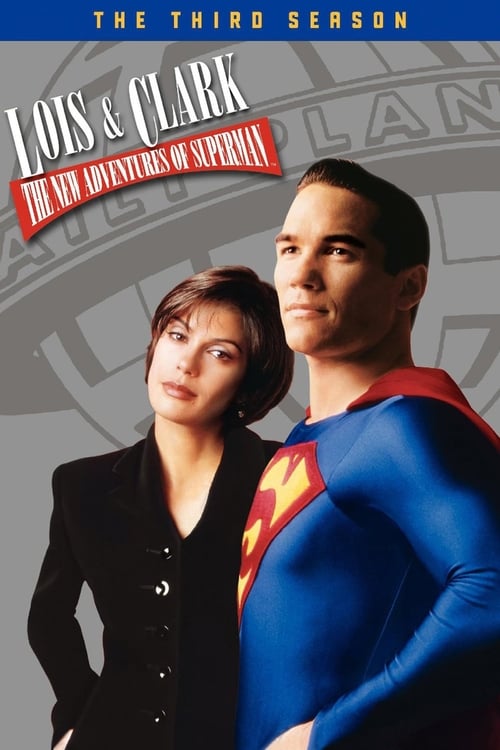 Lois & Clark: The New Adventures of Superman's third season originally aired between September 17, 1995 and May 12, 1996, beginning with "We Have a Lot to Talk About". The series loosely follows the comic philosophy of writer John Byrne, with Clark Kent as the true personality, and Superman as a secondary disguise. As the show's title suggests, it focuses as much on the relationship between Clark Kent and Lois Lane as on the adventures of Clark's alter-ego. The central characters in season 3 are Dean Cain as Clark Kent/Superman, Teri Hatcher as Lois Lane, Lane Smith as Perry White, Eddie Jones as Jonathan Kent, K Callan as Martha Kent, Justin Whalin as Jimmy Olsen. Season three would go on to be the most successful season of Lois & Clark in its run. The show averaged at least 15 million viewers per episode, and ranked 44th for the season. In the premiere episode, Lois revealed that she had recently learned Clark's secret identity. Only later in the seventh episode of the season, "Ultra Woman", did Lois finally accept Clark's proposal. The long-anticipated wedding was put off to coincide with the characters' marriage in the comics, which led to many storylines designed to delay and interrupt the wedding on the TV series Another controversy erupted when ABC announced that the wedding would actually take place Valentine's Day weekend, even sending out heart-shaped "wedding invitations" to ABC News staff, only to present viewers with a bogus wedding, in which Clark unwittingly married a clone of Lois. Developed by a mad scientist whose creations requires to ingest frogs periodically as nourishment. Which started a main thrilling climax of a special five-part story, with Lois being kidnapped by Lex Luthor who had put the clone in her place. And later with Lois suffering amnesia after a sharp hit on the head and needed to regain her memory.

After being approved in Zara and Ching's tests, Superman learns that they want him to leave the Earth (and Lois) and go back with they to rule New Krypton, or the planet will be ruled by the evil Lord Nor, who has sent an assassin to kill Clark. When Clark defeats the assassin, he and Lois decide that he must go with Zara and Ching. Superman says goodbye to his parents, to Earth and to Lois, and leaves with Zara and Ching.

Superman is subjected to many tests of his powers by Zara and Ching, Kryptonians who need a new leader to the planet New Krypton. Lois and Clark discuss about buying a house.

Lois and Clark go to Lois' high school reunion, and there, she finds out about the disappearing of two of her classmates' lovers. They are disappearing because another classmate of Lois wants revenge for her bad school time, then she's shrinking their ex-colleagues' mates. She hates Lois, and puts Clark as the next on her shrink list. Now, Lois needs to find out what and who is doing this, or Clark will be small until disappear.

Lois is still in love with Deter, and even with her return to the Daily Planet, he doesn't tell her nothing about her relationship with Clark. Bad Brain Johnson's brother Herkimer has created a machine that makes people act very strangely, just to impress his mother. Clark can't hold himself and tells Lois that he loves her. Deter makes Lois believe that she must go with him to the south of France, and when Perry is ready to kick his ass, the Herkimer machine begins to work and Lois remembers her relationship with Superman only. When Deter and Lois try to stop Herkimer with the machine, they suffer effects from the machine, and in this confusion Lois finally remembers all her life, including her love for Clark.

Lois has now amnesia, and Clark puts her in a clinic. But Dr. Maxwell Deter's treatment has extremed methods, one of them is that Clark can't tell Lois they are engaged and love each other. And another doctor is programming patients of the same clinic to kill people that he has been hired to kill (Perry is in the list). Later, Dr. Deter restrits Clark's visits to Lois because he wants her love. When Lois remembers only her work partnership with Clark, she tells him that she's in love with Dr. Deter.

Clark and the clone become friends, and she doesn't want to kill the real Lois anymore. Now with Lois (who still thinks she's Wanda Detroit) , Lex plans to transfer their souls to new bodies and go away with her to the mountains, so, with the new bodies, they can't be found by the police or for Superman. He also wants to destroy Superman (sure), and when he finds the clone, she ends up telling him that Clark is Superman. Lex kidnaps Martha and tells Lois to shoot Superman with a powerful weapon that he bought (that's the way to kill the love that Lois feels for Clark), but when she can't, Lex tries, but he and the clone end up dying with the weapon shot. During the rescue, Lois hits her head again, now she knows she's Lois Lane, but doesn't know anything and anyone else, including Clark.

On their wedding night, instead of make love, Lois tells Clark that she's tired and need to sleep, leaving Clark surprised. Lex Luthor has replaced the real Lois Lane with a clone, and he wants to take the real Lois away with him. When the clone discover that Clark is Superman, she wants to stay with him, and if it's needed to kill Lois for that, she will. Lois finally escapes from Lex, but she hits her head and loses her memory. Now, she believes that she's Wanda Detroit, a character of a novel she was writing two years ago. Wanda is a woman who had a bad relationship with a man named Clark, and loves a man named Kent. She's also a singer, then, Lois begins to sing in the Bibbo Bibowski's club. Now Clark, Lex and the Clone are looking for her. Luthor finds Wanda first and convinces her that he is Kent, and tells her to act like Lois and tell Clark that she doesn't love him anymore.

Lois is preventing a disaster in her wedding day, and Clark asks Perry a history to take their minds off the worries. The story is about the robbery of frogs, but later, Lois and Clark discover that this robbery of frogs can kill the president of the United States, and the frogs are food for clones. When they finally solve the case , they get married. While Clark is in bed waiting for Lois, she is in the bathroom, eating a frog!!!

Tempus is back and now he kidnaps Lois and takes her to an alternate world, where there is more violence, Tempus is running to presidency against Perry, and Clark is engaged...with Lana Lang, his former girlfriend from Smallville. With the help of an older H.G. Wells, Lois tries to stop Tempus from killing Perry and go back to her world, but for this, she needs to teach the alternate Clark how to be Superman.

Jimmy's father appears in Metropolis and Jimmy introduces him to Clark, Lois and Perry. When Lois and Clark discover that he is a spy, they must tell the truth to Jimmy, but he doesn't believe them. Clark gets worried about the ""father"" subject...he doesn't know if he is going to be a good father because of his job.

Ellen Lane hires a wedding coordinator to help on Lois and Clark's wedding, now the plans for a small ceremony are gone...And a magician with designs on vengeance is now in Metropolis against some people, including Clark.

Lois and Clark's parents show up to spend Christmas with them. Mindy Church reorganizes the Intergang and creates a Kryptonian virus to make Superman die. Now and for the first time in his life Clark is sick, but this sickness can kill him, unless Sam Lane helps him with a risky recovering process.

When Lois and Clark finally begin with the wedding plans, they must stop again and investigate a Nazi organization which is trying to take over Metropolis.

Now engaged, Lois and Clark get relationship problems when a woman claims to have had a child of Superman. Clark tells Lois the kid isn't his, but when Lois is interviewing the woman, the kid pick up a sofa. In who will Lois believe now?

The Newtrich sisters want to hit Superman with a ""Red Kryptonite"" beam (the kryptonite from the episode Individual Responsabilty). But instead of make Superman apathetic, the beam transferred his powers to Lois. Now, she needs a secret identity...to do Superman's job. After a while, Clark begins to feel upset because he has no powers anymore. Perry's wife Alice leaves him. When Lois feels what is to be a super-hero, she realizes that she loves Clark even more and proposes to him.

Lois and Clark decide to forget the word ""marriage"", at least for the time. One of the richest couples of Metropolis has a plan to capture and add Superman to their collection of treasures. They capture Lois to get Superman. In the cage, Lois and Clark begin to talk, and the conversation makes them start to lose their fears about marriage.

Lois and Clark go undercover as husband and wife to investigate missing couples in the Larry Smiley Institute, a place to help couples to repair problems in their marriages. They will find Larry's true plans and will find their romance again.

Lois tries to convince Clark that his decision to break up is a mistake. When an old Lois' friend comes to Metropolis, she tries to make Clark jealous. But this friend has plans to use her in a Druid sacrifice. Clark finally realizes that he can't stay without Lois, but that may be too late now.

Lois believes that she was abducted by ET's, but, in truth, she was captured by a young executive, who is now using her in very dangerous situations to distract Superman. When she gets injured, Clark decides to break up with her.....for her own good.

Perry gives Lois and Clark some time off to spend more time together, to relief to pressure about marriage. But Spencer Spencer, a ""Love expert"" with a deformed body, has a plan to put Lois and Clark in danger to bring Superman to his hands, then he will be able to get Superman's body.

Lois tells Clark she already realized that he is Superman. In a moment after the surprise, Lois and Clark have an arguement. She is mad at Clark because he didn't tell her his identity secret, and he gets mad at her because she's not sure yet about marriage and declined his proposal. Bill Church, now married with his nurse Mindy, wants to be a ""good guy"" and creates a security team to fight against the crime in Metropolis, but his wife and his son think he lost his mind. Martha tells Lois and Jonathan tells Clark the problems that they had before their marriage. Bill Jr. and Mindy succeed on their plan to put Bill Church on jail, (yeah, his own father..) but, in the time the police arrests Bill, they arrest Bill Jr. too. Mindy Church is now the head of the Intergang. Lois and Clark decide to wait more time until get married. 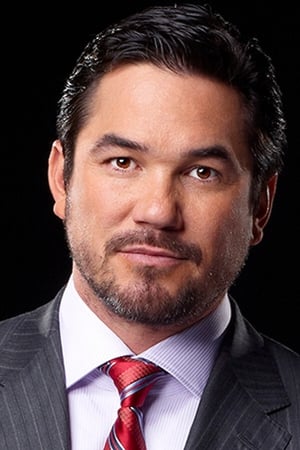 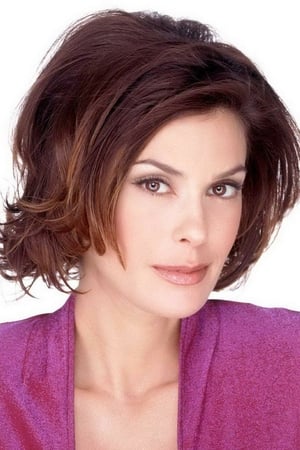 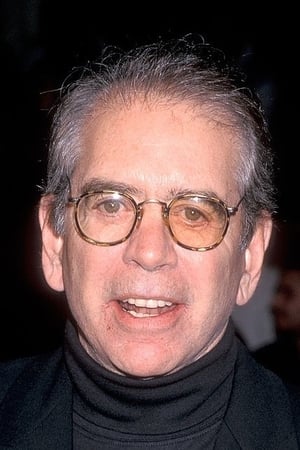 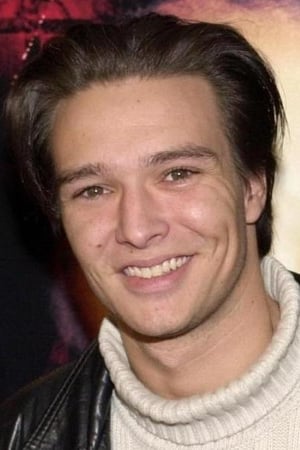 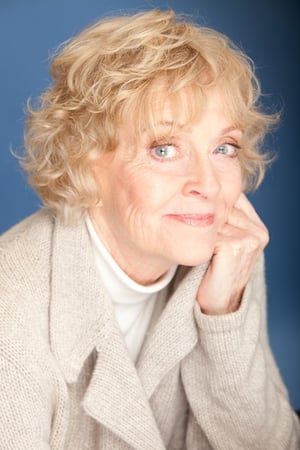 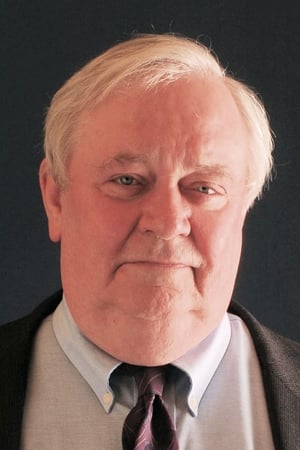