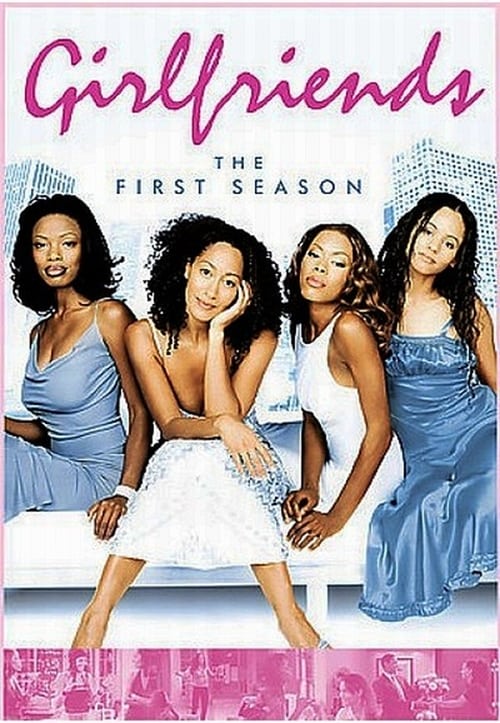 Toni remains in a state of despair over her split with Greg, while a guilt-ridden Joan continues to keep her involvement in the break-up a secret. She confesses to Greg, who still wants nothing to do with Toni. William worries when Yvonne heads off to Jamaica to attend Sinbad's music festival. The girls decide to go to Jamaica as well, as Joan hopes that Toni will meet someone and get out of her funk. Sean and Joan argue, as he feels she should either confess the truth or mind her own business. Maya gets her groove back after a bikini wax, and Lynn falls in love with a bellhop and decides to stay in Jamaica. William shows up and surprises Yvonne with a marriage proposal. Toni hits it off with NFL star Terrell Davis and accepts his proposal, although she admits that she still loves Greg. Joan finally confesses that she told Greg about Toni's engagement to Clay, prompting Toni to attack her and storm off. Joan returns home to find Sean and Toni in a compromising position.

After Toni accepts Clay's marriage proposal, a disapproving Joan advises her to look into her heart, as she believes that Greg is the one she really loves. Toni comes to agree with her, and tells Clay that she cannot marry him. Unfortunately, in the meantime, Joan (unaware that Greg and Toni are even still together) accidentally tells Greg that Toni is engaged to another man, prompting him to dump her. Meanwhile, William issues an ultimatum to Yvonne after she is shot in the line of duty; and Maya continues to try to avoid having sex with Darnell.

Toni cheats on Greg with Clay and winds up contracting chlamydia. Joan frets about the fact that Sean has yet to tell her that he loves her, especially after he reveals that he has been offered a six-month job in New York. She seeks her friends' advice on how to coax a love declaration from him. Meanwhile, Maya feels threatened by the temp who filled in as Joan's assistant during her absence.

Sean grows uncomfortable with Joan's relationship with Davis, as he feels that she flirts with him too much. After she confesses that they once shared a kiss, Sean upsets Joan by ordering her to stay away from Davis and 847 for good. Meanwhile, Toni angers Greg by displaying some of his paintings at the restaurant; and Darnell becomes impatient when Maya is reluctant to resume sexual relations with him after her surgery.

Maya checks into the hospital to undergo surgery for the removal of a fibroid tumor. Joan's friends (especially Lynn) question her priorities when she decides to leave Maya's bedside to attend an important business dinner with Sean. Toni continues to clash with Greg over his lack of income. At the hospital, she takes an immediate interest in Maya's doctor, the wealthy and handsome Dr. Clay Spencer.

After discovering that Lynn has applied for yet another grad school program, Joan and Toni determine that they must end their financial support and force her to get a job and go out into the real world. However, Joan has difficulty completely cutting Lynn off, leading Toni to conclude that Joan is an ""enabler."" Meanwhile, William encourages Yvonne to hang out with the girls so that he can have time with his guy friends; and Maya suffers from the side effects of hormone therapy.

Joan becomes fed up with the ""boys' club"" mentality at work, as her opinions are ignored and she is passed over for important cases. When she believes that William has deliberately stolen her idea, she blows up at him in front of everyone, leading to a rift between them. Meanwhile, Maya discovers that Toni and Lynn's yoga instructor is a little too ""hands-on"" in his approach toward his students.

Joan decides to waive her ""three-month rule"" and sleep with Sean, but finds that the results are extremely disappointing. She seeks her friends' advice on how to help Sean improve his performance. Maya, with help from Toni, seeks medical attention after she and Darnell have difficulty conceiving a second child. William keeps having the misfortune of approaching every time Maya is discussing her gynecological situation with one of her friends. 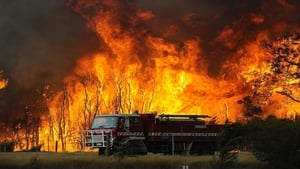 Joan is upset when Sean must go out of town for Valentine's Day. Her frustration grows when she is unable to get in touch with him. Davis, who has recently reunited with his fiancÃ©e, stuns Joan by kissing her and offering to end his relationship to be with her. Maya, Toni and William spend the day with their significant others, and William frets about finding a card that doesn't send too strong a sentiment. Lynn volunteers for a suicide hotline and makes a date with one of the callers.

Joan grows impatient with Sean, who refuses to kiss or touch her. After discussing a number of possible explanations with her friends, she finally pushes Sean for the reason behind his cold behavior. Joan is taken aback when he confesses to being a sex addict. Meanwhile, Toni annoys Greg with her refusal to make a commitment to him; and Yvonne angers William by sharing a few too many intimate details about their love life with Maya.

The girls and William make lists of the qualities they want in their ideal partners. When everyone goes to an art gallery, Joan is amazed to find a man who meets all of her qualifications, but her friends later warn her that she may have frightened him with her aggressiveness. At the same gallery, Toni runs into an ex-flame who is tending bar; and William has another meeting with possibly unstable cop Yvonne and considers giving her a try. Lynn, meanwhile, becomes obsessed with a painting of a red triangle.

Joan begins dating a client, Frank Anderson. Everything seems to be going well until a crazed woman shows up at the office looking for Joan. She tells Maya and Lynn that she trailed her husband to Joan's house. Joan angrily breaks up with Frank in public. She later learns that Toni has been using her house to rendezvous with her married boyfriend and assumes that she was wrong to suspect Frank of wrongdoing. However, Toni's boyfriend soon delivers some surprising news that sheds new light on the situation.

Maya and Darnell plan to renew their wedding vows, and Joan agrees to hold the event at her house. However, Joan constantly disagrees with Maya's choices and tries to mold the event into her own dream wedding. Maya tells Joan that she no longer wants her to be a bridesmaid, and later rebuffs her apology and takes her to task for constantly looking down on Maya. Meanwhile, Toni grows concerned by the tendency for black men to marry outside of their race. She determines that she and Lynn must do what they can to bring William ""back to the fold.""

Joan finds herself alone on Thanksgiving after everyone makes other plans for the holiday. After dining at 847, she meets Davis's friend Preston Hall, a handsome and highly successful attorney. Joan invites him back to her place for a home-cooked meal before he has to leave on the red-eye, but her friends suddenly begin appearing and she can't seem to get them to leave.

Joan turns to her friends for support when she fears that she might be pregnant. When a test turns out positive, she tries to cope with her fears about impending motherhood. Meanwhile, Lynn recalls memories of her ""white"" childhood after receiving a box of belongings from her mother.

Joan sees Maya's husband, Darnell, in a possibly compromising situation with another woman. Her gut tells her that something may be going on, but she agonizes over whether to share this information with Maya. Meanwhile, Toni begins dating a white city councilman who is also running for mayor. He becomes fascinated with her hair after she reveals that she wears a weave.

Joan plans an elaborate scheme to get revenge on William for the latest in a series of Halloween pranks. Toni is put off when her date asks her to engage in a threesome--with a stuffed animal.

Joan grows tired of the clingy Marcus and plans to break up with him, but only winds up complicating the situation by having ""pity sex"" with him. The girls try to help her out by bombarding Marcus with negative facts about Joan in the hopes that he will dump her. Meanwhile, Maya gets involved in a get-rich-quick scheme.

Joan, Toni and Lynn set up dates with men they met over the Internet. Lynn's guy never shows up (his parole was denied), while Toni rejects hers because his skin is too dark. Although conspiracy theorist Maya warns that he will turn out to be a serial killer, Joan is pleased with her date, Marcus. Joan freaks out after discovering that Marcus wears a girdle because he has large hips, prompting Toni (who had taken heat from the girls over her treatment of her date) to take her to task for her behavior. Meanwhile, William also uses the Internet in an attempt to find love. He finally gets a date, but the woman seems to be completely crazy.

Toni and Maya get into another argument before an evening out, in part because Toni refuses to believe that Maya can get the girls into an exclusive club. Toni tries to gain admission to the club and fails. Maya shows up and easily gets herself, Joan, Lynn and William past the doorman. Joan convinces the reluctant Maya to also get Toni into the club. When the doorman waves to Toni, another woman believes the wave was meant for her, and they get into an argument. Joan tries to play peacemaker, but the situation turns into a brawl. Maya and Lynn jump into the fight, but Toni is hurt by the fact that Joan fails to back her up. She begins to question their friendship, so Joan searches for a way to patch things up.

After Joan reveals that she hasn't had sex in a year, her friends push her to go for a one-night stand. Joan is reluctant because she generally doesn't sleep with anyone until she has been in a relationship for three months, but tries to make a move on Davis Hamilton, a handsome man who owns the restaurant the girls frequent. She convinces Davis to drive her home and makes a pass at him, only to learn that he is engaged. Although nothing happens between them, Joan tells Toni and Lynn that she slept with him. When the girls blab the news around town, Davis' fiancÃ©e dumps him, leaving Joan to struggle for a way to clean up the mess.

Joan Clayton, a successful attorney, prepares to celebrate her 29th birthday (although she claims to be 26 to make her achievements seem more impressive). Toni, Joan's best friend, begins dating Charles, a venture capitalist with a propensity for toe-sucking who dated Joan until he freaked out at the prospect of marriage. Toni tries to hide the truth, but their friend Lynn forces her to confess to Joan. Joan claims she has no problem with Toni bringing Charles to her birthday party; but then brings her friend and colleague, William, to try to make him jealous. Joan is furious to learn that Charles is now interested in settling down, and the evening comes to a screeching halt. Meanwhile, Toni constantly clashes with Maya, Joan's sassy assistant. 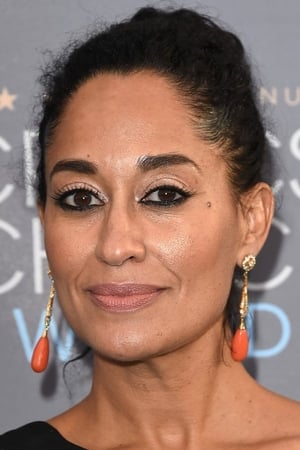 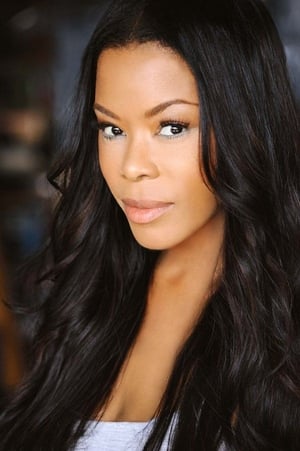 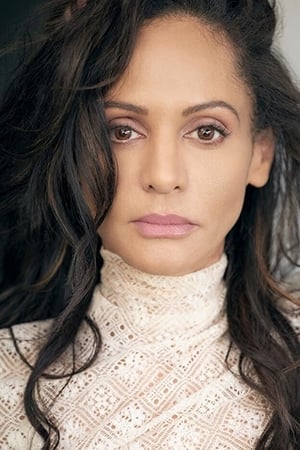 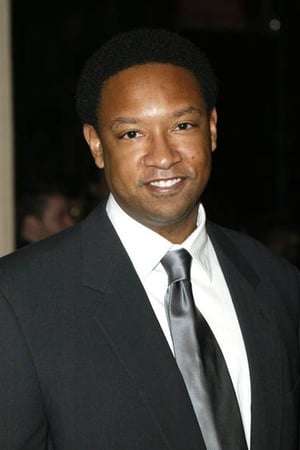 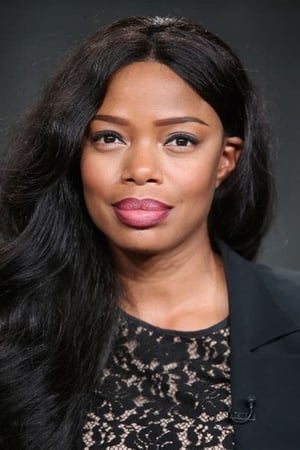