Alan is joined on the sofa by rock goddess Courtney Love who talks about her new album; TV presenter Steve Jones chats about his latest TV projects including hosting Let's Dance For Sport Relief and 101 Ways to Leave a Game Show. Plus, Rihanna shares what's going on in her world and performs her new single Rude Boy.

Alan is joined on the sofa by US actress Daryl Hannah to talk about her new film A Closed Book and ex star of Skins Nicholas Hoult, tells all about his big screen role in A Single Man. EastEnders stars Sid Owen and Patsy Palmer talk about 25 years of the series and Ricky and Bianca's wedding plans. Plus, pop star Mika performs his single Blame It on the Girls.

In this opening episode, Alan is joined on the sofa by comedy superstar, Ricky Gervais. Fresh from hosting the Golden Globes, Ricky talks to Alan about the DVD release of his latest film The Invention of Lying and his forthcoming world comedy tour. Also joining Alan is model and reality TV star Katie Price, who chats about her TV new series What Katie Did Next. Plus, Vinnie Jones, who spills the beans about his time on Celebrity Big Brother and music from the talented Corinne Bailey Rae who performs an exclusive track Paris Night/New York Morning from her latest album. 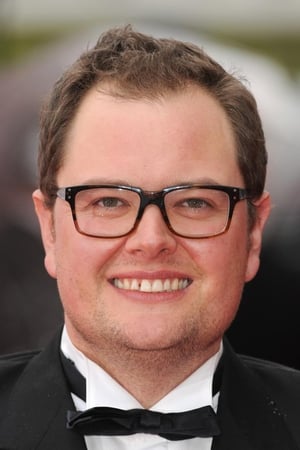