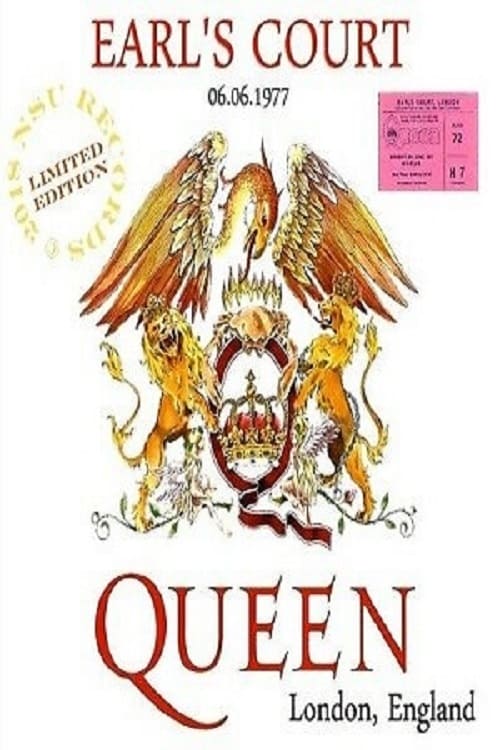 Concert by Queen, played live at Earl's Court, London on June 6th, 1977. Although the concert was planned to be released on video it only can be found on bootlegged dvd's. Procession Tie Your Mother Down Ogre Battle White Queen (As It Began) Somebody to Love Killer Queen Good Old-Fashioned Lover Boy The Millionaire Waltz You're My Best Friend Bring Back That Leroy Brown Death on Two Legs (Dedicated to…) Doing All Right Brighton Rock '39 You Take My Breath Away White Man The Prophet's Song Bohemian Rhapsody Keep Yourself Alive Stone Cold Crazy In the Lap of the Gods... Revisited Now I'm Here Liar Lucille Jailhouse Rock Saturday Night's Alright for Fighting God Save the Queen